Kennedy's performances have ranged from straight classical interpretations to collaborations with Stéphane Grappelli, Kate Bush, Robert Plant and Paul McCartney. However, from early on in his career there has been one composer to whom he keeps on returning: Jimi Hendrix.

In 1967 a young and emerging Jimi Hendrix performed at Brighton Dome which marks almost 49 years ago when the legendary guitarist graced the stage in Brighton. This makes this unique event even more poignant as Kennedy, who was born in Hove, Brighton is a lifelong fan and has been heavily influenced by the music of Hendrix.

Kennedy's performance includes electric and acoustic renditions, and features Purple Haze, Hey Joe, The Wind Cries Mary, Crosstown Traffic, Fire, Drifting, Little Wing, 1983... (A Merman I Should Turn to Be) and Third Stone from the Sun, among other compositions.

'What attracts me to Jimi Hendrix's music is the amazingly open mind that he had. This was reflected in many ways; he was always gracious and never insulting to anybody and this showed through the music. There were any number of influences that you can hear through his compositions; these ranged from rock, blues and Celtic through to trance and experimental styles. Maybe that's why I find it so natural exploring his music, having been involved in so many similar styles myself.' Nigel Kennedy 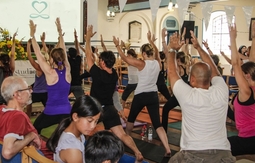 There Will Be Blood: Live 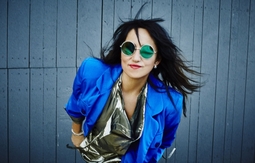