IMPORTANT INFORMATION: Due to a major electrical technical fault at the Brighton Dome Concert Hall, tonight's performance of Erasure is unable to continue in the venue. However, with the promoter, Kilimanjaro we have been very fortunate in securing the Brighton Centre to ensure the concert will go ahead tonight as planned.

The timings for the concert will remain the same- Doors open at 7pm.

We apologise for the inconvenience, we have done all we can to enable the concert to continue as planned at Brighton Dome and feel this is the best solution for everyone.

Erasure (Vince Clarke and Andy Bell) have announced details of a brand new album, The Violet Flame, out on 22 Sep 2014 with a world wide tour in autumn.

Recorded in New York and London and produced by Richard X, The Violet Flame follows 2013’s critically acclaimed Snow Globe, and is the band’s sixteenth studio album release.The first single from the 10-track album will be released in mid July.

Formed nearly 30 years ago, the award-winning songwriting duo of Vince Clarke and Andy Bell unleashed on the nation a succession of both influential and chart-topping pop anthems of the ‘80s, ‘90s through to today. Songs like A Little Respect, Sometimes, Victim Of Love, Ship Of Fools, Blue Savannah, Star, Chains Of Love, The Circus, Who Needs Love (Like That), Love To Hate You,  Drama!, Always and Breathe, ensured a formidable presence on the singles charts complemented by five consecutive No 1 albums (including The Innocents, Wild! and Chorus) and the beginning of the worldwide Abba revival, Abba-esque.

Learn more about becoming a Member

Members' priority booking opens Wed 28 May, 9am online or 10am via phone & counter

General sale opens Fri 30 May, 9am online or 10am phone & counter 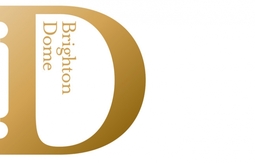 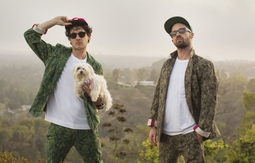