‘Director Joel Scott plays with us, creating moments of disorientation that cow us into submission’ The Guardian on Reverence

A visceral performance and an intimate insight into the psychological impact of war, The Devil Speaks True recounts the story of Shakespeare’s Macbeth as told by Banquo. As you sit in complete darkness wearing wireless headphones, an immersive world of sound, video and live performance places you at the centre of Banquo's rapidly unraveling existence, transporting you from bloody battlefield to spectral banquet. Shakespeare’s text is interspersed with accounts from ex-servicemen to root this auditory adventure in the chilling realities of the camaraderie and after-effects of war.

Post-show talk, Fri 18 Mar after the 5pm performance
Join Joel Scott (Director), Neil Callaghan (Performer and Choreographer) and Tom Stimpson (MBE), one of the veterans interviewed in the production and ambassador for 3 charities, including Help for Heroes, for a post-show discussion

Age 14+
(themes of violence and a strong sense of threat)

This performance contains strobe lighting, flashing images, loud noise, smoke and aerosol sprays. Much of the performance happens in complete darkness and may trigger feelings of unease.

Please note, this performance contains potentially distressing material in the form of personal accounts of war and descriptions/depictions of Post Traumatic Stress Disorder 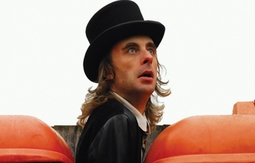 Paul Foot - By The Yard 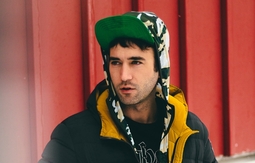 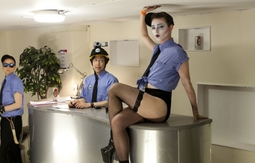