The Works is an opportunity for artists to present their work in development. The particular focus is cross-artform and interdisciplinary exploration across theatre, dance and music.

At the heart of The Works is a dialogue between artists and audiences. It is an opportunity for artists to seek the opinions of the audience they wish to attract, and an opportunity for people who care about performance to engage in collective dramaturgy, supporting artists to envisage the choices and possibilities available to them.

Dramaturg Lou Cope will be the host and facilitator for the evening, presenting 10-15 minute excerpts by the artists below.

Justine Reeve and Company - Smacks of naff
Smacks of naff explores an alternate universe where trite, dull and safe is the only thing that is truly revered in the dance world. Each section is a ‘smack’, a quick look at something before it comes too interesting. We discover several serial choreographers that have been prudent with the dreary and unexciting as they talk us through their work both live and on film. It is a satirical look at a choreographer’s processes, principles and performances drawing heavily from Justine’s deep affection for dance.

This performance aims to explore the stigmas surrounding homosexuality and the idea of choice. Using research into aversion therapy and the stories surrounding choice within popular culture, Daniel aims to create a performance that questions the taboo of ‘choosing’ to be something that ultimately you can’t change.

Mella Faye Punchard – Medea An Electronica Musical
Set in 1988, this 'work in progress' adaptation of the greek myth is told through live Electronica and a driving script.

Flipping convention on its head, the musicians are live and the actors pre-recorded. Medea straddles these two worlds, as domestic bliss unravels into brutal tragedy. 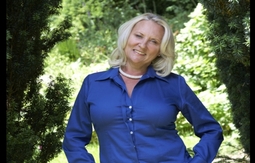 An Evening with Martina Cole 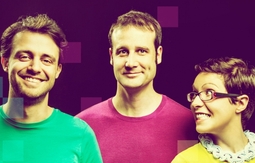 Festival of the Spoken Nerd 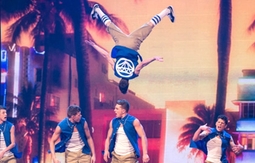 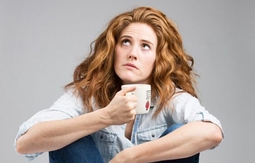