Following the recent announcement of their forthcoming album Everything You’ve Come To Expect, released on 1 April 2016, The Last Shadow Puppets will be returning to the UK, Europe and US for their first live dates since 2008. 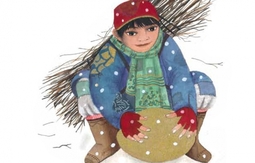 Ahmed and the Feather Girl