Mike + The Mechanics - a band that has sold over 10 million records worldwide – bring their Word of Mouth Tour 2017 to Brighton Dome.

Guitarist and Genesis founding member Mike Rutherford joins forces with two new vocalists to create a new generation Mike + The Mechanics. They include Andrew Roachford, one of the UK’s most prolific R&B singers (the man behind the classic Cuddly Toy) and Canadian Tim Howar whose band Vantramp toured with Rod Stewart and Paulo Nutini. Tim and Roachford share vocal duties: both add a new soulful dimension to the band’s established sound.

Together, they'll perform all of Mike + The Mechanics' massive 80s singles: The Living Years, Over My Shoulder, Silent Running, All I Need is a Miracle, Word of Mouth, Another Cup of Coffee and more. 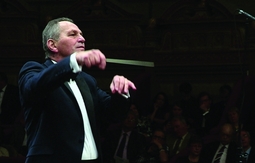