The Brighton Philharmonic Orchestra’s concert on Sun 14 Oct includes Sir Hubert Parry’s symphonic poem for orchestra From Death to Life which was a Brighton Festival commission in 1914, see the event page.

In 1914, 104 years ago, concert goers would have gathered in the Brighton Dome Concert Hall to see the premiere of Hubert Parry’s From Death to Life, a symphonic poem for orchestra in two connected movements. The piece reflects Parry’s despair at the outbreak of World War One, which was made even more complicated by his high admiration of German music and culture: 'During the war he watched a life's work of progress and education being wiped away as the male population, particularly the new fertile generation of composing talent—of the Royal College, dwindled.'.

The term ‘Brighton Festival’ can be traced back to 1871, when the Czech composer Wilhelm Kuhe (1823 – 1912), established a series of music events across the town, including the Dome Concert Hall which had opened in 1867. A prodigious musical talent, Kuhe had settled in England in 1847, dividing his time between London and Brighton, and had gained renown as a composer, pianoforte teacher, and promoter of concerts. According to his 1896 autobiography My Musical Recollections, his aim for the Brighton Festival was to mirror ‘Mr Manns at Sydenham and produce, whenever the opportunity presented itself, works by English Composers' . His connections in London meant that he could invite acclaimed composers and musicians to Brighton, and there were several notable premieres during the 1870s, including the first performance of J.F. Barnett’s The Good Shepherd in 1876 and Frederick Clay’s Lalla Rook in 1877, which had been especially commissioned for that year.

Alas, Kuhe’s Festivals were not a financial success. Kuhe’s elaborate plans for the 1882 Festival proved a financial disaster, with a loss of £1,000 (around £114,000 today). Audiences for premieres of new work had been sparse, and The Musical World noted that '…it must be perplexing for a manager to find that the charm of novelty, usually so alluring, should in music so often lose its attractive power'. It also noted that the 'apathy shown by Brightonians towards new musical works is not uncommon to Englishmen generally'. The 1882 Festival proved to be the last, and Kuhe returned to London to take up a professorship at the Royal Academy of Music in 1886.

In June 1907, Brighton Corporation had decided to create a Municipal orchestra, in line with many of the larger south coast resorts. This news was welcomed, notably by The Musical Times which wrote 'It is impossible to overestimate the good effect of municipal effort in furthering the cause of music. Instances of an enlightened policy in this direction on the part of the city fathers is not lacking. Open air performances by bands in the summer, the support of orchestras, and even choral societies are steps in the right direction towards giving innocent enjoyment, exercising a beneficial influence upon the community'. The Brighton Municipal Orchestra played in a variety of settings across the town, including the West Pier, the Pavilion Gardens, the Aquarium (where they were in residence until 1918), and returning to the Dome Concert Hall for Wednesday evening concerts. The Brighton Festival - now the 'Brighton Musical Festival’ - was reinstated in 1909 and further festivals followed in 1910, 1912, and 1914. 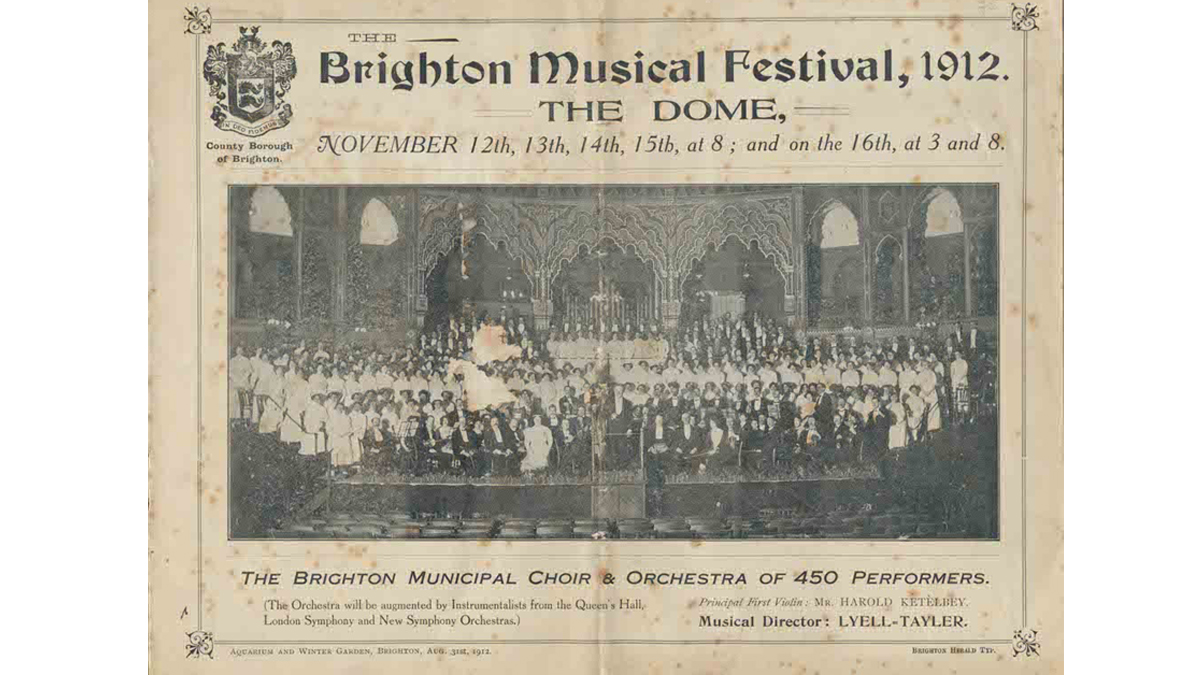 The 1914 Brighton Music Festival was held from 10 - 14 Nov and was notable for being one of the few music festivals nationwide that had not been cancelled due to the declaration of war. Henry Lyell Taylor was the conductor of the Municipal Orchestra, and he commissioned Hubert Parry’s composition From Death to Life to premiere at the Festival. The programme opened with Mendelssohn’s ‘Elijah’, and included an evening of French and Russian works conducted by Sir Thomas Beecham, three concerts dedicated to Wagner (somewhat controversially), and ended with Handel’s ‘Messiah’. The Festival was a financial success, with £70 profit donated to the Prince of Wales fund, a national relief charity for families of serving men and women and those in ‘industrial distress’. The decision to continue the Festival in the face of adversity was also widely praised. The Sheffield Daily Telegraph noted that ‘The success of Brighton’s musical week emphasises the reports which are coming in from all over the country to the effect that people are turning to music for its own sake as a help and mental relaxation……thus confirming the argument of the Committee for Music in War Time that ‘if music has been wanted in times of peace, it is all the more wanted in times of war.

Just 9 days later, on Mon 23 Nov 1914, the Royal Pavilion Estate was handed over to military authorities by the Brighton Corporation, to be used as a hospital for wounded Indian soldiers.

This information was gathered as part of a research project carried out by Brighton Dome’s Historical Research Volunteers. If you’d like to get involved in the project, please contact catherine.gill@brightondome.org. 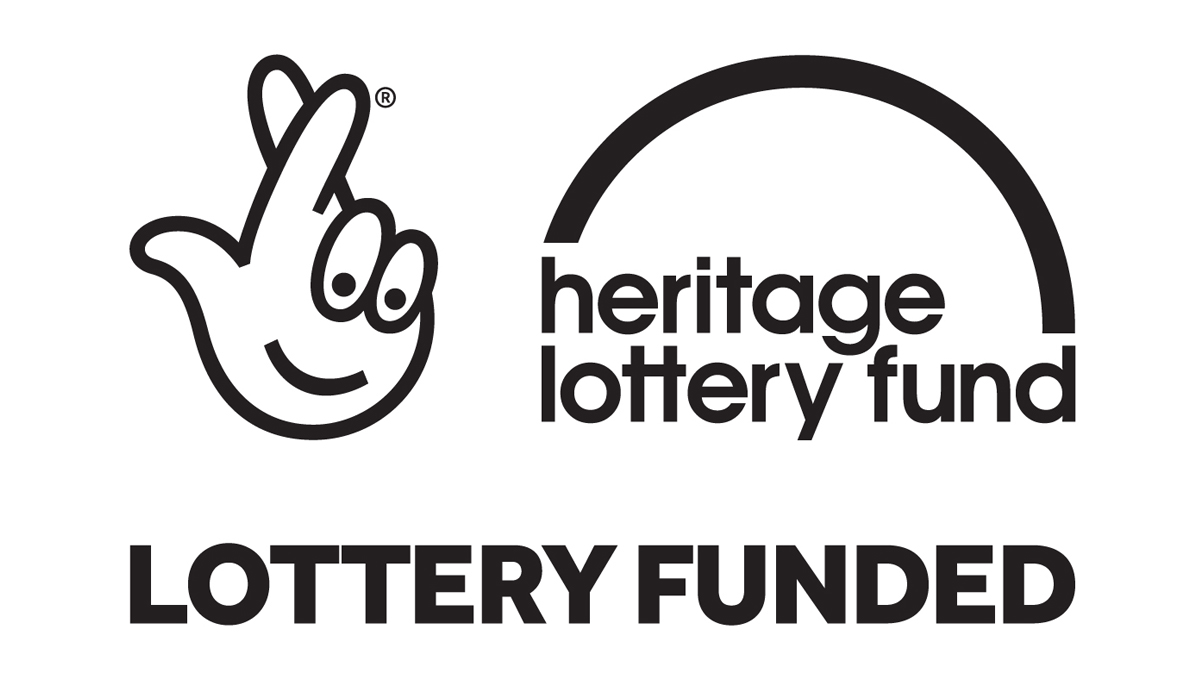