Three new magnificent paper chandeliers are hanging in Brighton Dome’s foyer this Christmas. Made by pupils from local primary schools together with Brighton based arts charity Same Sky, we invited hundreds of children to take part in a craft project inspired by Brighton Dome’s unique history.

Brighton Dome hasn’t always been a performance venue. Built by the Prince Regent as a stable block, the venue has had many different uses, including a cavalry barracks, a Victorian skating rink, and a military hospital in the First World War. In 1867, Brighton Dome was transformed into a magnificent Concert Hall with a 16-foot diameter gas chandelier as its grand centrepiece.

Artist Tina Tighe and pupils from Blatchington Mill, St John The Baptist Primary School and Carlton Hill Primary created a chandelier representing the suffragette’s involvement with Brighton Dome and the Royal Pavilion. Brighton Dome is officially recognised by the National Heritage List for England as one of 41 buildings across England that was at the centre of suffragette movement. 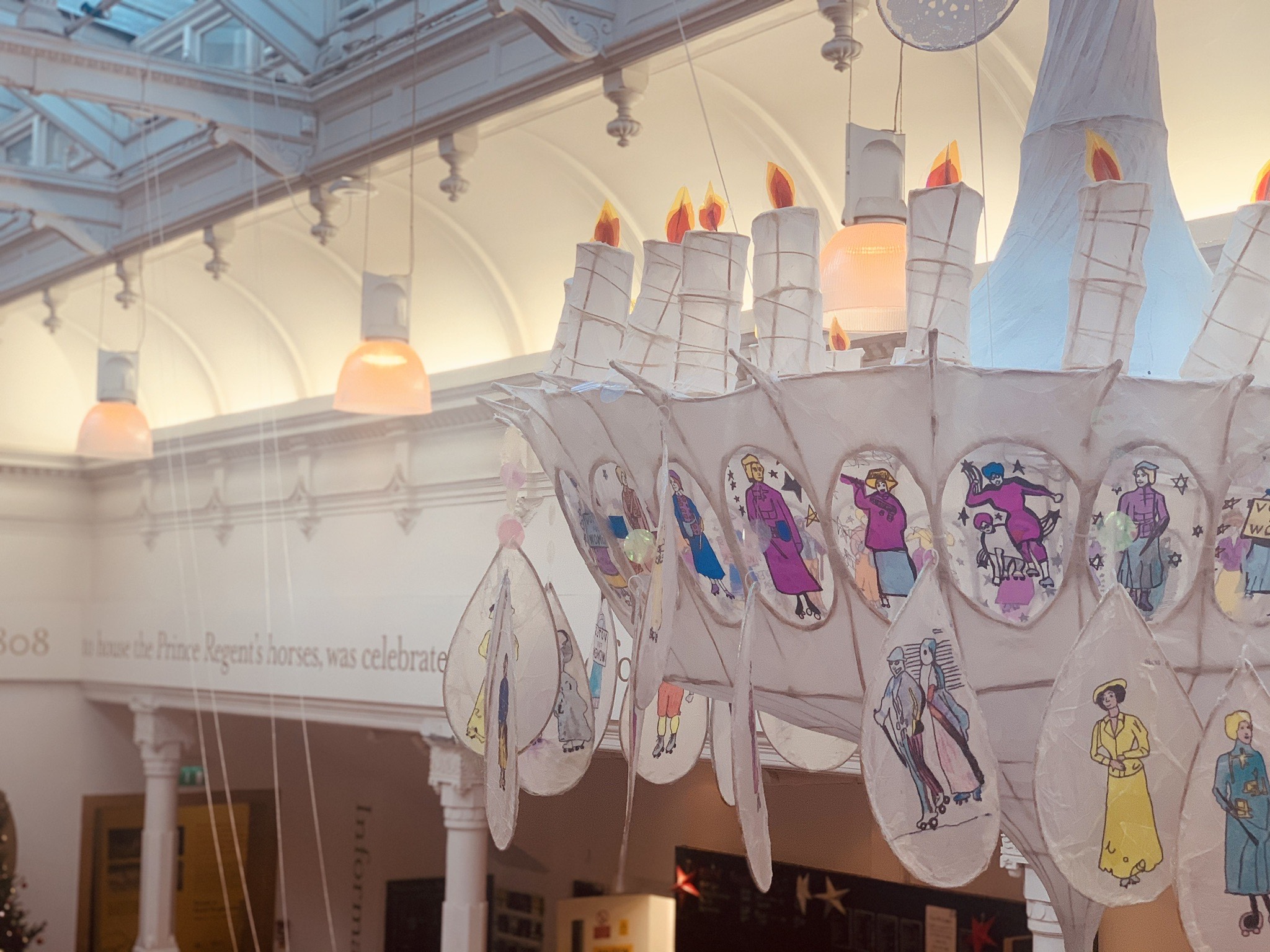 The Brighton Women’s Social & Political Union was one of the country’s most active regional branches of the movement and they regularly held political meetings at Brighton Dome and the Royal Pavilion. In 1910, suffragettes Eva Bourne and Mary Leigh were arrested at Brighton Dome. They were discovered hiding inside the venue’s famous organ, ahead of their plan to disrupt Prime Minster Herbet Asquith’s speech later that evening.

Children from Goldstone Primary School worked with artist Kathryn Jordan to create a chandelier representing Brighton Dome’s origins as The Royal Stables. In 1803, King George IV commissioned architect William Porden to draw up plans for a new stable block and a riding house for his horses. 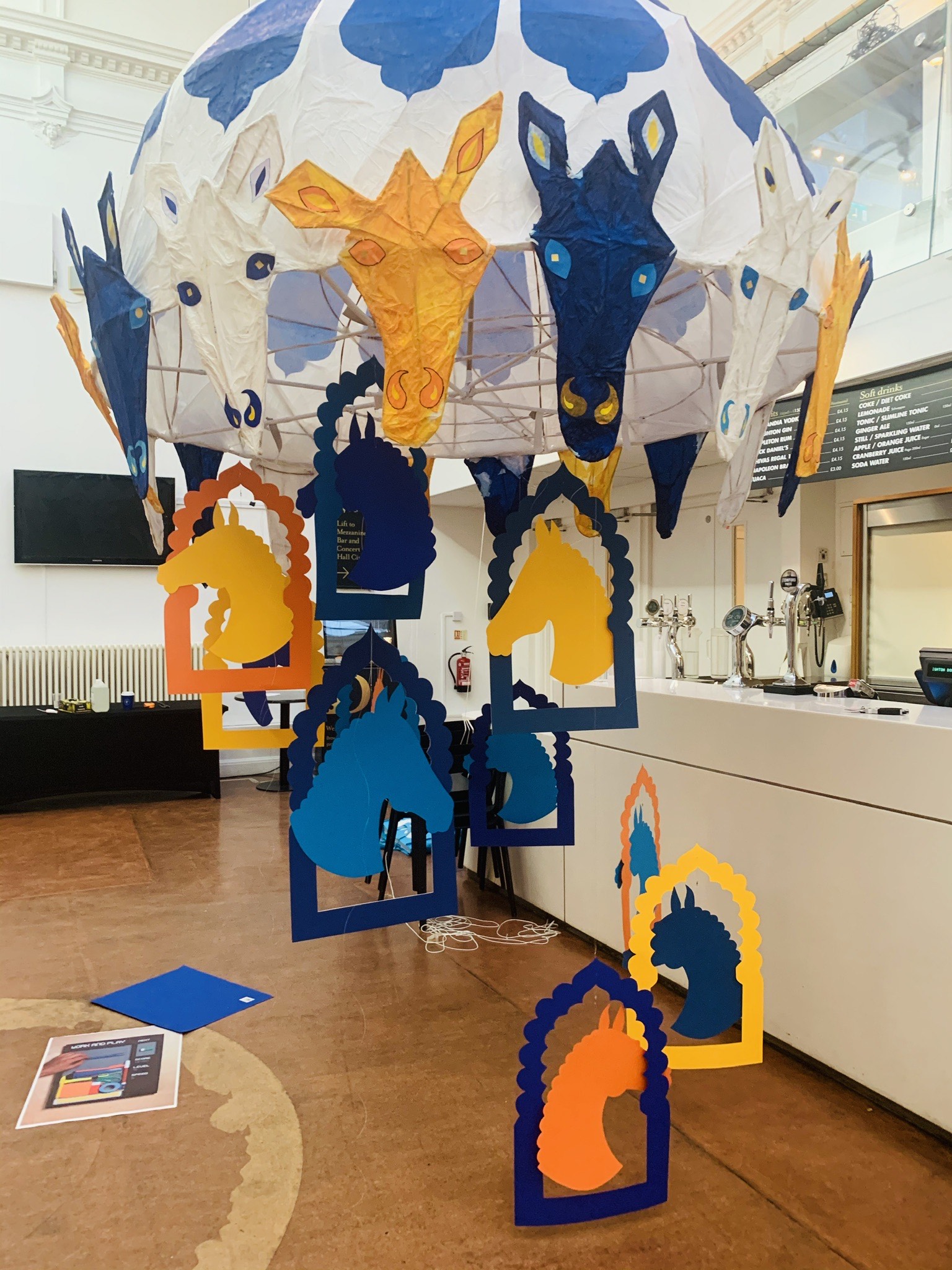 And representing Brighton Dome’s history as a performance venue, artist Raphaella Sapir and pupils from St Marks C of E Primary School have crafted a chandelier to illustrate a circus show. The most famous circus performers in Brighton were the Ginnett family who built their first permanent circus in Park Crescent Place. Brighton Dome has been host to world-class circus acts including flying trapeze artists and even acrobats juggling with chainsaws! 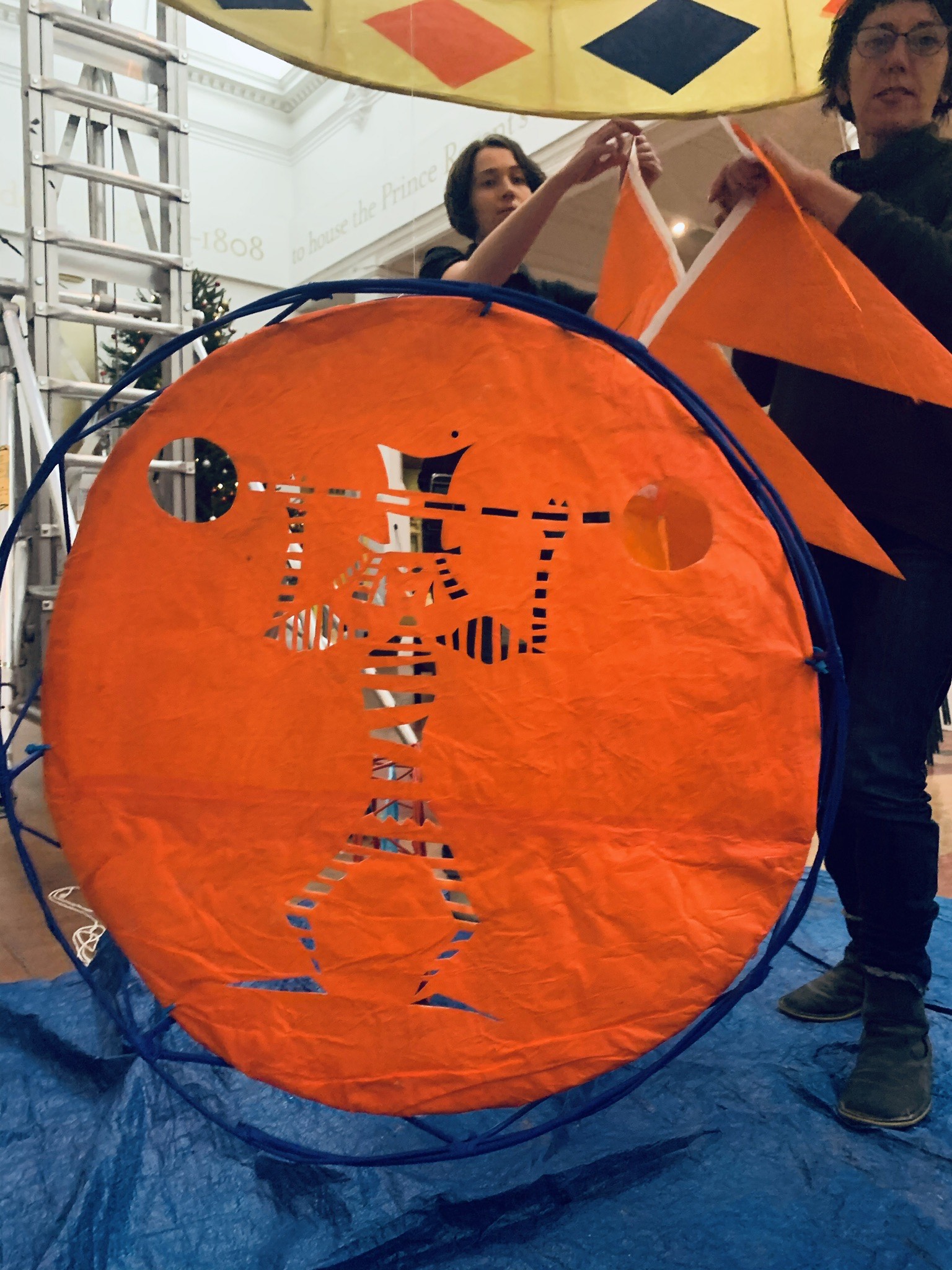 This festive season the circus comes to town and to the Brighton Dome stage with Super Sunday by Race Horse Company (17-27 Dec). We can’t promise chainsaws but there is a Wheel of Death and… a giant teddy bear.

Discover more about our heritage