Check out what's coming up this summer at Brighton Dome! We've got some big names on the roster throughout June, so book now or you might miss out

Ahmed and the Feather Girl

From the same company who presented Animal Farm and Arabian Nights, this ensemble of young actors bring you this tale of hope and friendship which will resonate with adults and children alike.

Venue B takes over Brighton Dome Studio again for another fantastic live music event - this time as part of B.fest.

Venue B was created for the simple purpose of giving Young People more opportunities to perform and watch live music. With a stunning line up of acts soon to be announced this is going to be loud and a night to remember. He is one of the great male vocalists and songwriters of his generation, has released seven studio albums, three DVDs, and three live albums. He has collaborated with artists ranging from Elton John, David Byrne, Mark Ronson, Joni Mitchell to Burt Bacharach.

To commemorate the 25th anniversary of his landmark album, Passion and Warfare, Steve Vai has announced he will be embarking on a very special world tour celebrating the groundbreaking recording.

Passion and Warfare is highly regarded as one of the greatest instrumental rock guitar recordings of all time. For the first time Vai will be performing the entire Passion and Warfare record from top to bottom, with some very special surprises in store.

Beverley Knight, Queen of UK Soul, and now Queen of the West End, is back with a brand new album and tour for 2016.

Her new album Soulsville will be released on Fri Jun 10, so this is your chance to see her new material as well as her hits from down the years, including songs she has performed in her critically acclaimed West End shows.

In the past when you put Sarah Millican outside, she asked things like: ‘Why? Where is the taxi? Do I need a cardie?’ and said things like: ‘There’ll be wasps. I’ve nothing to sit on. Is that poo? Can we go home?’

But things have changed. Now she has outside slippers. She can tell a chaffinch from a tit (hey). But she still can’t tell if it’s an owl or her husband’s asthma.

Sarah Millican is venturing outside. Bring a cardie.

Multi-platinum selling singer/songwriter/producer Ben Folds first found success with the Ben Folds Five. He’s gone on to have a successful solo career, writing, recording and performing pop hits, as well as a recent new Concerto for Piano and Orchestra.

His new album So There features the Concerto, along with eight new 'chamber rock' songs.

yMusic have been hailed by NPR’s Fred Child as “one of the groups that has really helped to shape the future of classical music,” and they have collaborated with artists including Bon Iver, The Dirty Projectors and Jose Gonzalez. 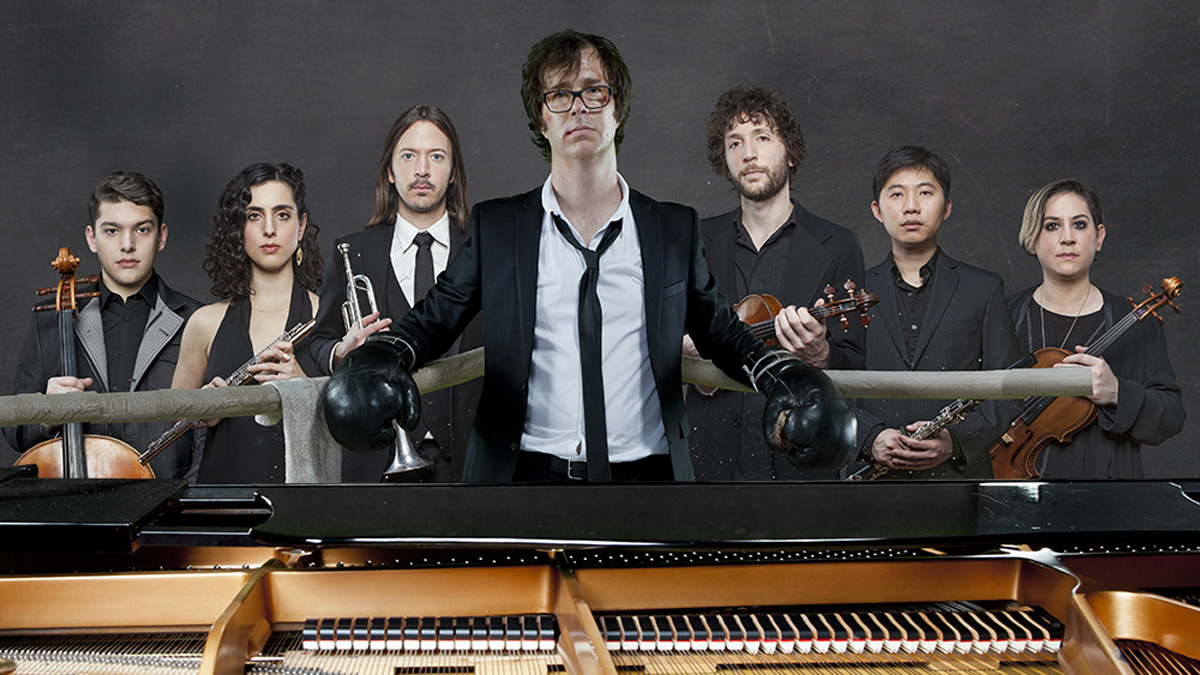 Back for 2016 supporting Chestnut Tree House’s vital work caring for children with life-shortening illnesses across Sussex, and Brighton Dome’s community work including the Umbrella Club.

200 artworks by professional and local artists will be exhibited at Brighton Dome from 1-4 July, available to bid on eBay from 1-10 July. New artwork is added daily to the Big Heart Auction website. You can pick up a printed guide from any Chestnut Tree House shop or Brighton Dome.