Celebrating Our Heritage
As we continue on our exciting journey to restore and reunite the Royal Pavilion Estate buildings and gardens, a series of events and activities has been helping us celebrate its rich history and heritage. Here is a look-back at events celebrating our history and future:

Michael Maine, responsible for saving the Brighton Dome organ returned to entertain with a programme celebrating every aspect of its extraordinary range of colour - from shimmering strings, the quivering Vox Humana, stentorian Tuba Mirabilis, to the majesty of full organ - one of the greatest sounds on the South Coast. 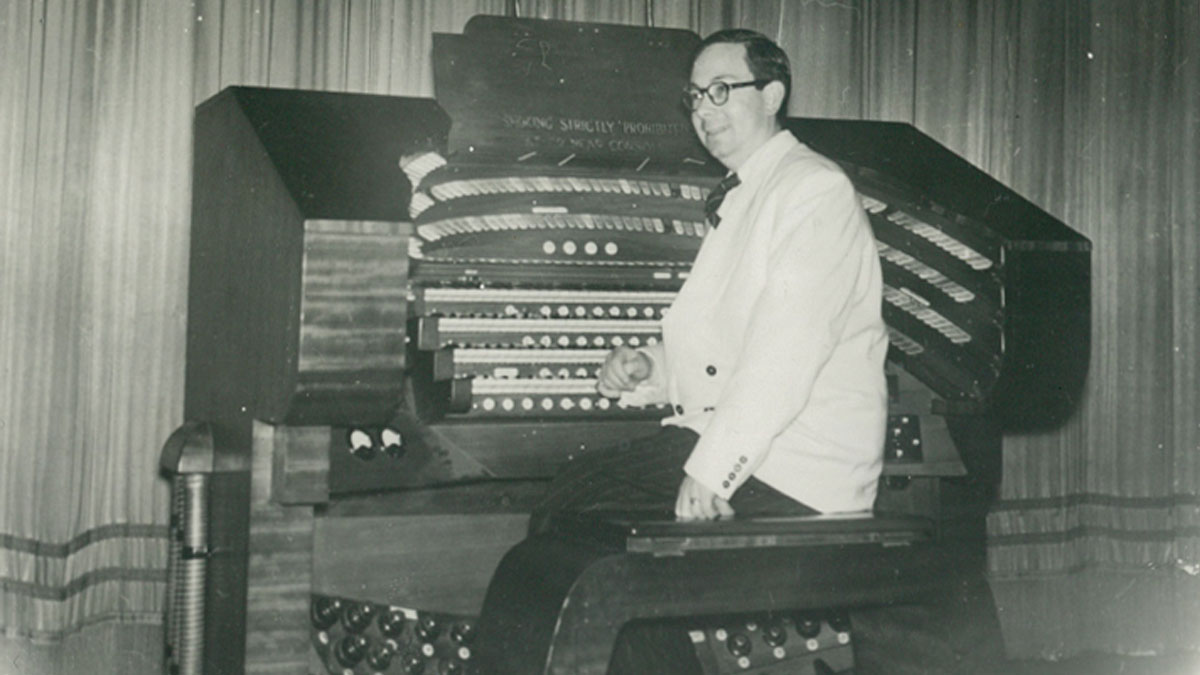 We opened our doors to give people a closer look at our historic organ and to discover more about our 200-year history. The tailor-made Hill, Norman & Beard dual-purpose concert organ installed in 1936, replacing the original 1850 model. It is a large four manual classical organ, with 42 rows of pipes in four chambers, the unit construction with electro-pneumatic action produced no less than 250 stop tabs, as well as having many special effects stops. Made famous during World War II by Douglas Reeve and with his signature tune Pack Up Your Troubles. After the war, his weekly Tuesday at the Dome variety shows ran for over 1,600 performances.

The transformation of Brighton, 2019

Dr. Sue Berry FSA discusses the transformation of Brighton between the 1790s and 1815 when Brighton hosted hundreds of soldiers and their officers which contributed to the town’s rapid growth. From 1815 visitors wanted more privacy and wished to rent larger houses in which to entertain. This talk explored these two phases of Brighton’s growth, still a very important historic legacy in the townscape. 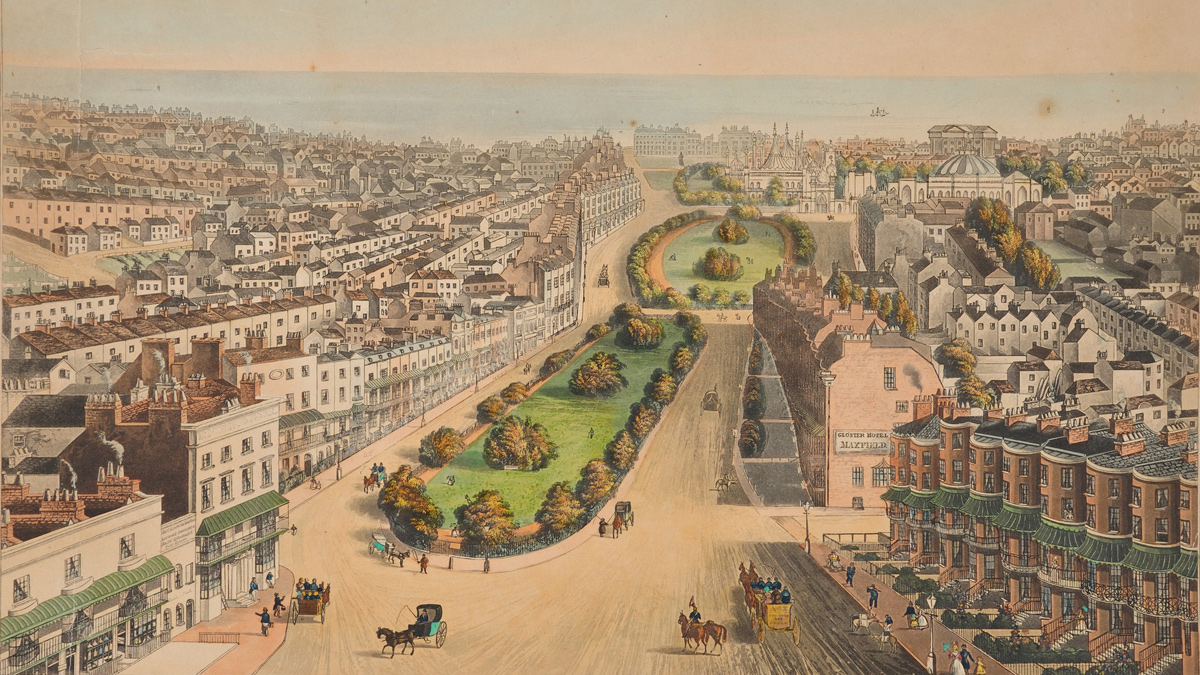 We opened our doors for a free day of activities, backstage tours and talks exploring Brighton Dome’s role during World War I and World War II. Local author and historian Chris Horlock joined us to explore what occurred in Brighton during the World War I years. 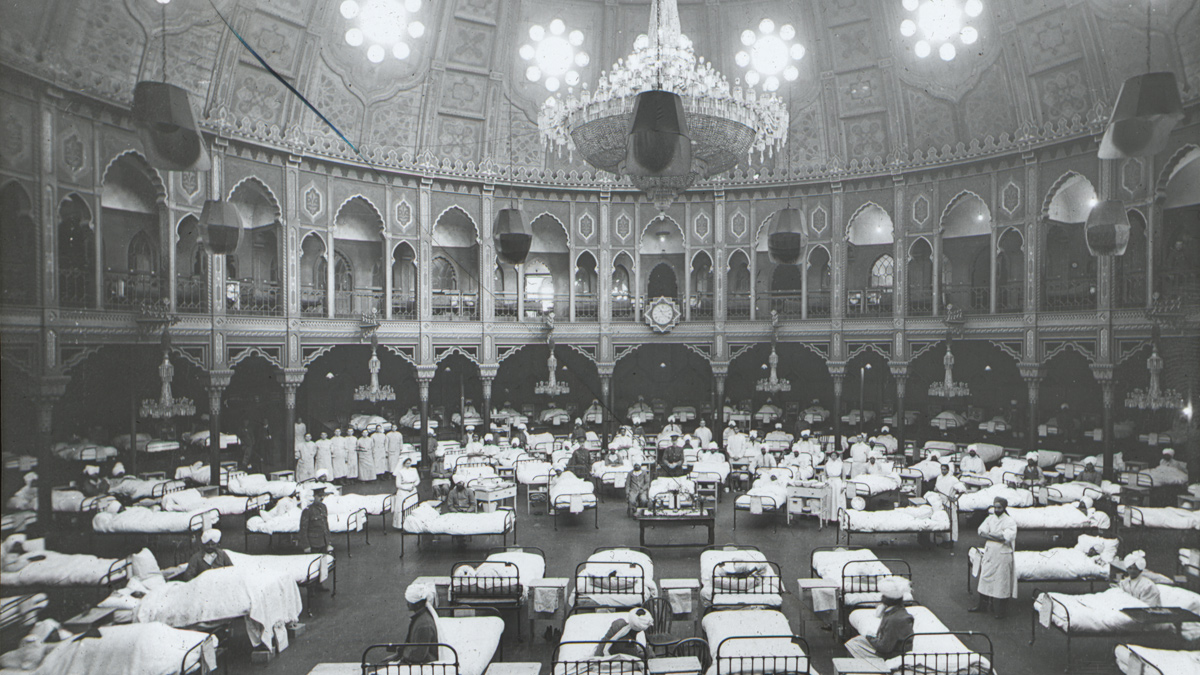 Moving Interiors – The Royal Pavilion Through The Ages, 2019

Alexandra Loske, Curator at the Royal Pavilion introduced the history of the Pavilion and the surrounding estate from its first manifestation as a lodging house to the most exotic looking of all royal residences in Britain. 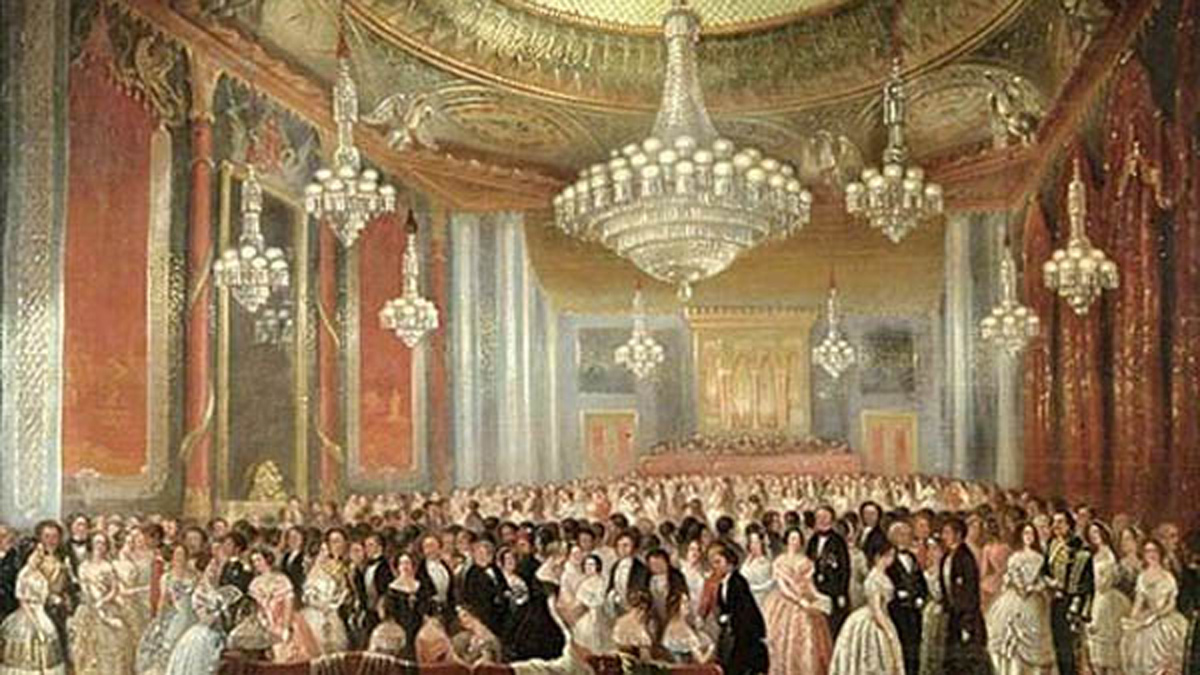 Ninety-Four Years of Brighton’s Own Orchestra, 2018

Nicolas Chisholm MBE, Brighton Philharmonic Orchestra’s chair and former headmaster of the Yehudi Menuhin School joined us to look back through a nearly century of music making at Brighton Dome and the history of the city’s very own professional orchestra. 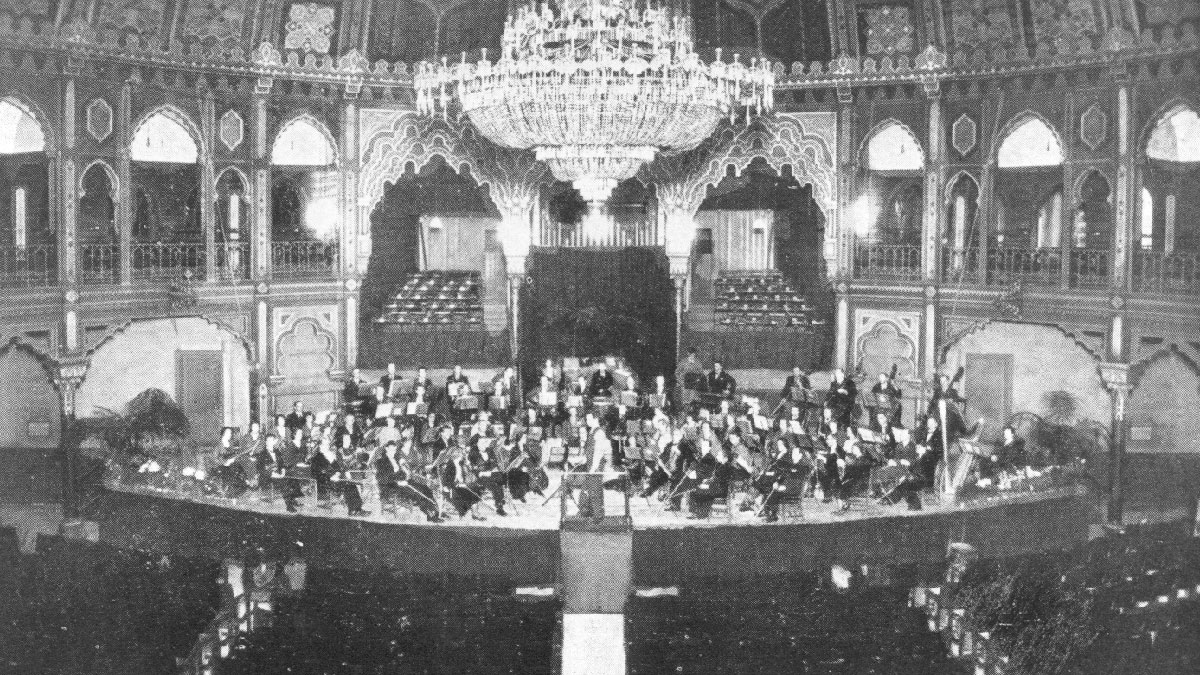 Kevin Bacon, Digital Manager at Royal Pavilion and Museums joined us for a talk, exploring why Indian Army troops came to fight for the British cause on the Western Front, how the Royal Pavilion Estate was transformed into a unique military hospital, and unpick some of the complex myths that surround the story. 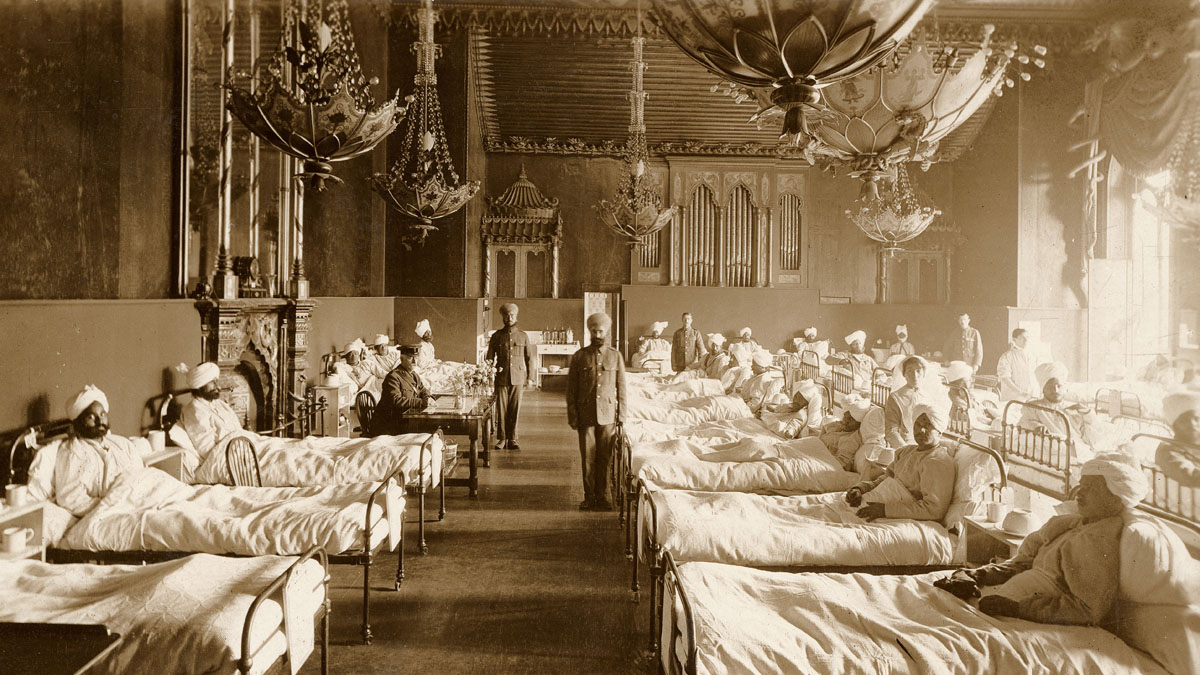 Early risers enjoyed free sessions of yoga and Tai Chi in the Royal Pavilion Gardens for Brighton Domes. Rise & Shine,accompanied by Indian classical music from Pete Yelding on Sitar, and meditative music by Cheng Yu on Pipa (Chinese Lute) and Guqin (Seven-Stringed Zither). With the sun rising behind the Royal Pavilion as backdrop, the Indian and Chinese decorative and architectural influences of the Estate were enjoyed and enhanced.

The historic Brighton Dome Corn Exchange, itself once a popular skating rink back in the 1870s, was the unique setting for a one of the fastest growing sports in the world, Roller Derby. Played on roller skates it's a high impact, high scoring, full contact sport. Brighton's home team - the Brighton Rockers –played in the Grade 1 listed venue as the final event before the redevelopment work began. 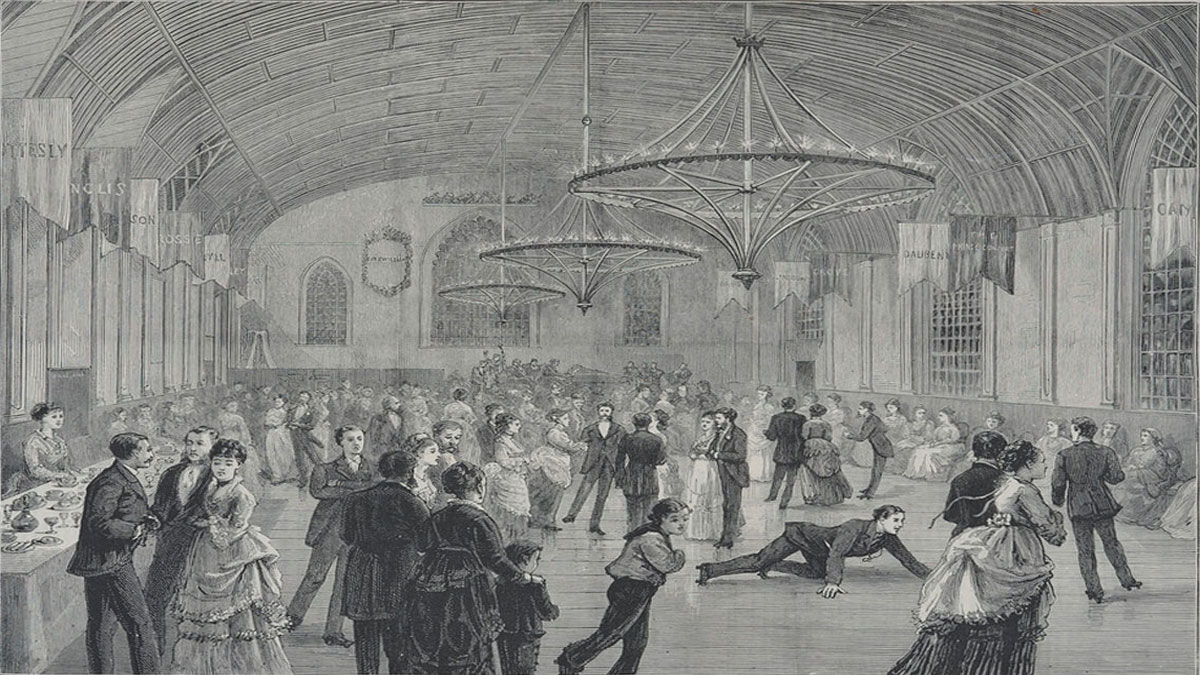 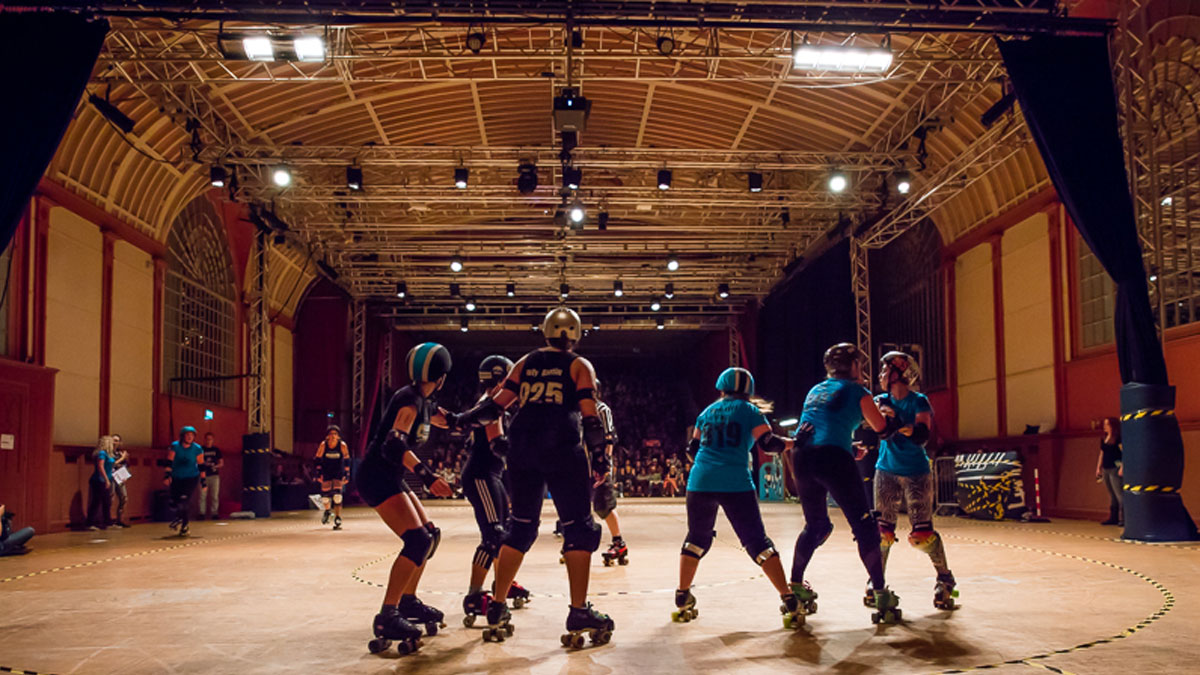 Created by performance company Nutkhut, co-commissioned with 14-18 NOW, and brought together by a creative team that included designer Tom Piper (Tower of London poppies), Dr Blighty was an ambitious, large-scale, immersive outdoor experience inspired by the Royal Pavilion Estate's role as a hospital for Indian soldiers during the First World War.

Ending each night with a spectacular light display using projection-mapping, Dr Blighty captivated audiences and critics alike, with audiences reaching almost 50,000 over its five-day run. A video clip of the projections went viral, attracting over 500,000 views and accolades such as ‘spectacular’, ‘incredible’, ‘unique’ and ‘best festival event ever’.  Read about the event here. Heritage Open Days is the largest festival of history and culture in England, taking place over four days each September. Every year thousands of events across the country invite the public to explore local treasures for free. Brighton Dome’s Heritage Open Day allowed audiences to delve into the history and heritage of our historic buildings and find out more about our Corn Exchange and Studio Theatre redevelopment works. 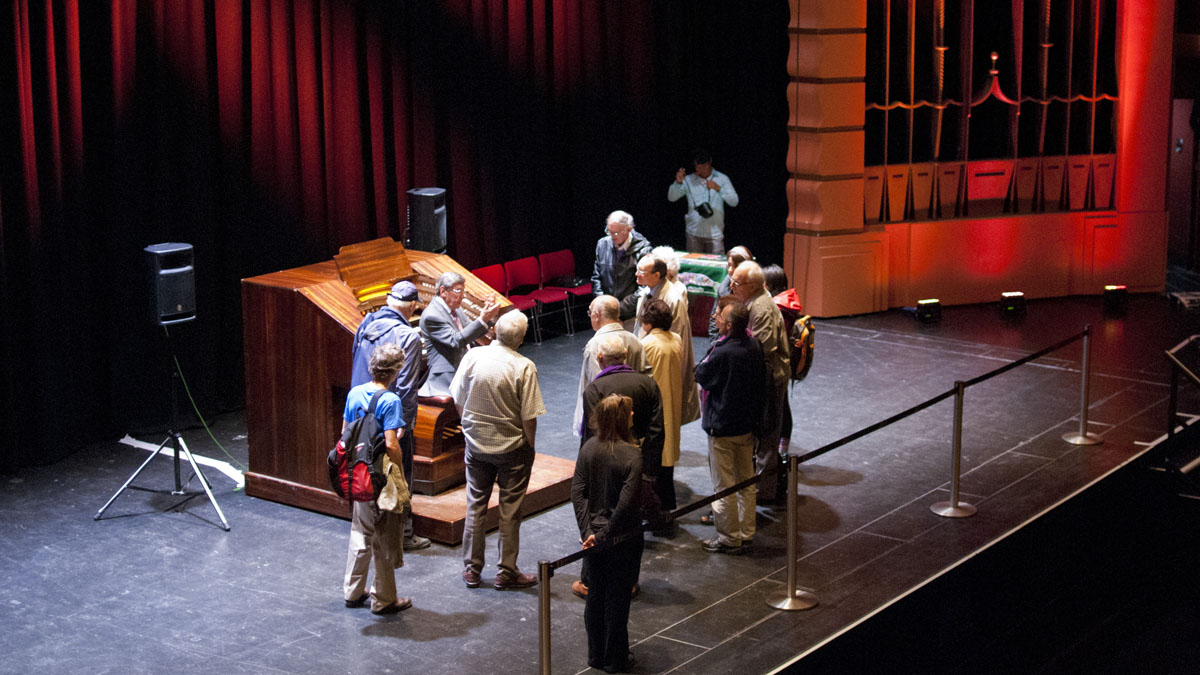 Bring Your Stories to Life for Our Heritage Project