Californian superstar comedian Gabriel Iglesias, aka Fluffy, is bringing his FluffyMania world tour to Brighton in 2017 as part of his biggest tour ever!

Iglesias is, undoubtedly, one of America’s most successful stand-up comics. His stand-up, which is a glorious mix of amazing storytelling, parodies, hysterical voices and incredible sound effects, brings his personal experiences to life, making his unique, animated style popular among fans of all ages, worldwide.

The youngest of six children, Gabriel was raised by his single mother in Long Beach – Section 8 housing – where he honed his world-famous comedic skills, to overcome the obstacles he faced growing up, but no-one could have predicted how meteoric his rise to fame and success would be. Gabriel’s social media reach is over 12 million, and he continually gets millions watching his Youtube channel.

His latest TV show Fluffy Breaks Even is a non-scripted comedic docu series which follows Gabriel and his eccentric tour mates and fellow comedians on tour. He also recently filmed his sixth 1 hour comedy special in Chicago, which will be released as a Netflix Original.

Gabriel’s appeal is global, with sold-out shows in: Canada, Australia, Europe (Scandinavia), Singapore, Saudi Arabia, Qatar and United Arab Emirates. He has appeared on: The Arsenio Hall Show, The Tonight Show with Jay Leno, Conan, Jimmy Kimmel Live, The Late Late Show with Craig Ferguson, amongst many others.

Gabriel will have two support acts.

Check out our blog to read Gabriel Iglesias' reflections on 20 years in stand-up. 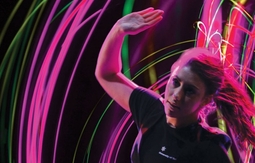 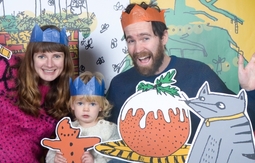