Air Play interview: 'Brighton Dome gives us a chance to return to our circus tent roots, performing with the audience surrounding us'

We spoke to Christina Gelsone about the flying sculptures, bespoke "in the round" staging & world class silent comedy of her Christmas show: Air Play

Where did the idea and inspiration for Air Play come from?
In 2010, we saw Daniel Wurtzel’s air sculptures in a video, and we were entranced. Our job, as modern clowns, is to make the ordinary extraordinary, and Daniel was doing exactly that - with air! So we dove into a huge experiment with him: could we make a show with both his sculpture and our comedy? Air Play is the end result of our grand adventure.

What can the audience expect from the show?
Incredible beauty and big belly-laughs. We have long fabrics gliding in the air on their own, flying umbrellas, gigantic balloons we climb into, a massive snow globe and more. There are no tricks, everything is happening right in front of you, and yet it feels like an epic adventure back into childhood. Remember when, as a kid, the holiday lights are turned on, and everything sparkles like magic? Yeah, Air Play feels like that. Even to me, the performer, and I’ve seen it hundreds of times!

Could you explain how you are restaging the show for Brighton Dome?
Air Play was built for theatres, with everyone sitting in front of the action. But Brighton Dome gives us a chance to return to our circus tent roots, performing with the audience surrounding us: we’re building a stage right in the centre of the Concert Hall. We’ve spent weeks preparing and completely reworking Air Play to be performed "in the round". The sculptures will fly up to the top of the Concert Hall and the balloons and fabrics will float right over your seats. We feel like kids at Christmas getting to play in such a unique space as Brighton Dome.

Why should someone come and see your show?
There is no other show in the world like Air Play. Many of the sculptures were created exclusively for Air Play, and the performers are world-class silent comedians. It’s breathtakingly beautiful and side-splittingly funny: come for the sculptures and stay for the laughs. 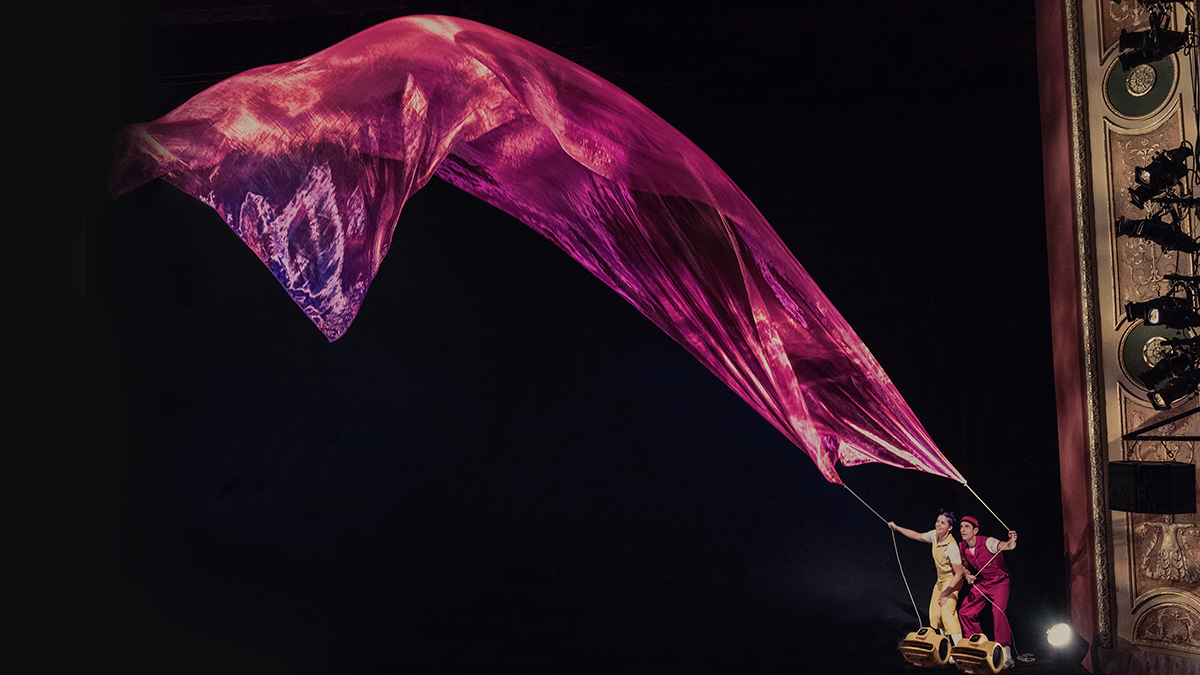 What sort of person is going to love Air Play? Is it a good show for a Christmas outing?
Air Play was purposely made for the entire family: kids will laugh at the clowns in the giant balloons, teens will love figuring out how the umbrellas fly so high, and even the most stressed-out adult will relax and feel like a kid again. Also, Air Play is incredibly inclusive for so many different kinds of people: we’ve had deaf people, Alzheimer’s patients, and autistic audiences for example. As for Christmas, we end the show with a giant Concert Hall-sized snow globe, perfect for the holiday season.

What’s going to surprise people about this show?
Audiences come expecting comedy, but leave feeling very touched. Adults often tell us they find themselves crying with happiness or joy, and how much they are reminded of their own childhoods. 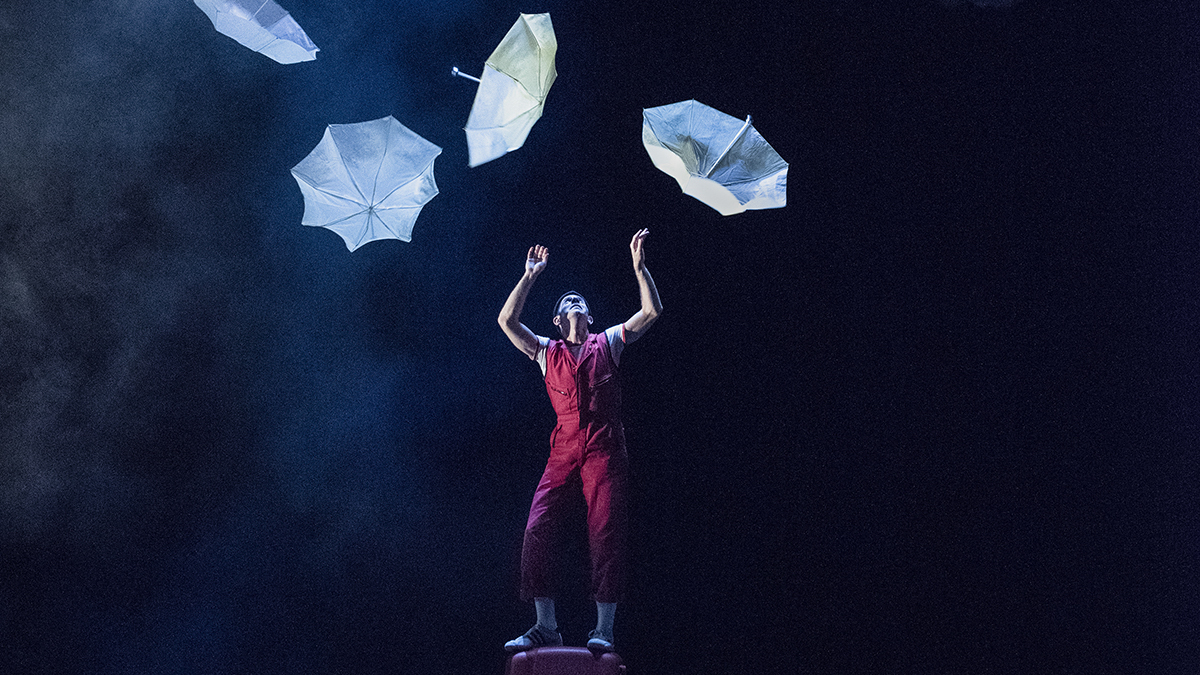 Air Play has been described as a visual poem. Is it important to you for your shows to be wordless?
We have always made shows without words, so we can perform them anywhere in the world without a language barrier. (So far, Air Play has performed on five continents.) To be silent is also an artistic choice, as wordless shows require the audience to be more active and imaginative when watching. Silent shows become very personal to the viewer.

Could you tell us a bit about your social circus work in post-conflict zones? Do you perform the same sort of material we can expect in Air Play?
Yes, we met in Afghanistan, and have worked in many post-war zones. Some of the same techniques are used: a lot of comedy, no words, universal stories, and a sense of hope - but Air Play is much much larger than what we can fit into a rugged suitcase.