From Oscar-nominated actors to hip-hop footballing acrobats; from Grammy-nominated musicians to an unforgettable all-male ballet troupe, find out more about the eclectic 2022 Autumn Season at Brighton Dome.

Spend An Evening with Richard E Grant on 16 October at Brighton Dome, where the iconic award-winning actor will share uplifting reflections on life and loss and stories from over thirty years in film and theatre, to celebrate the publication of his new book, A Pocketful of Happiness. 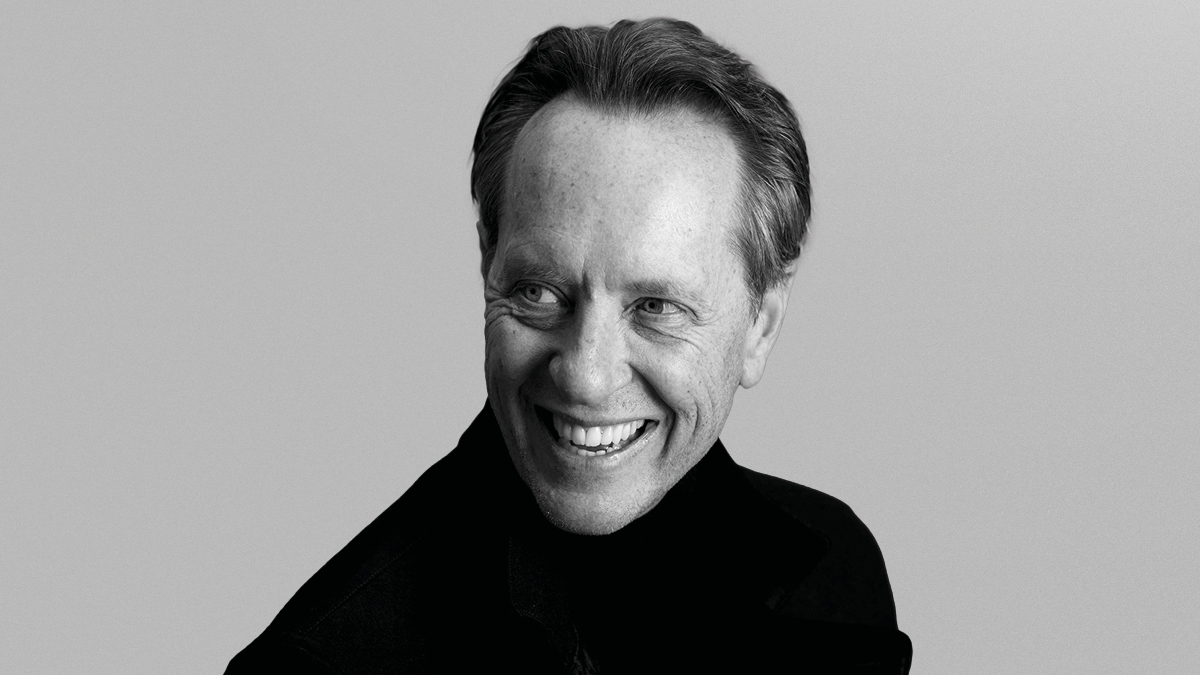 The Moroccan acrobatic tradition will be brought to the stage by Groupe Acrobatique de Tanger in their festive circus extravaganza FIQ! from 16-27 December, in a performance that melds magical gymnastics with breakdancing and freestyle football, all set to the sounds of DJ Dino’s scratching and fiery rap. 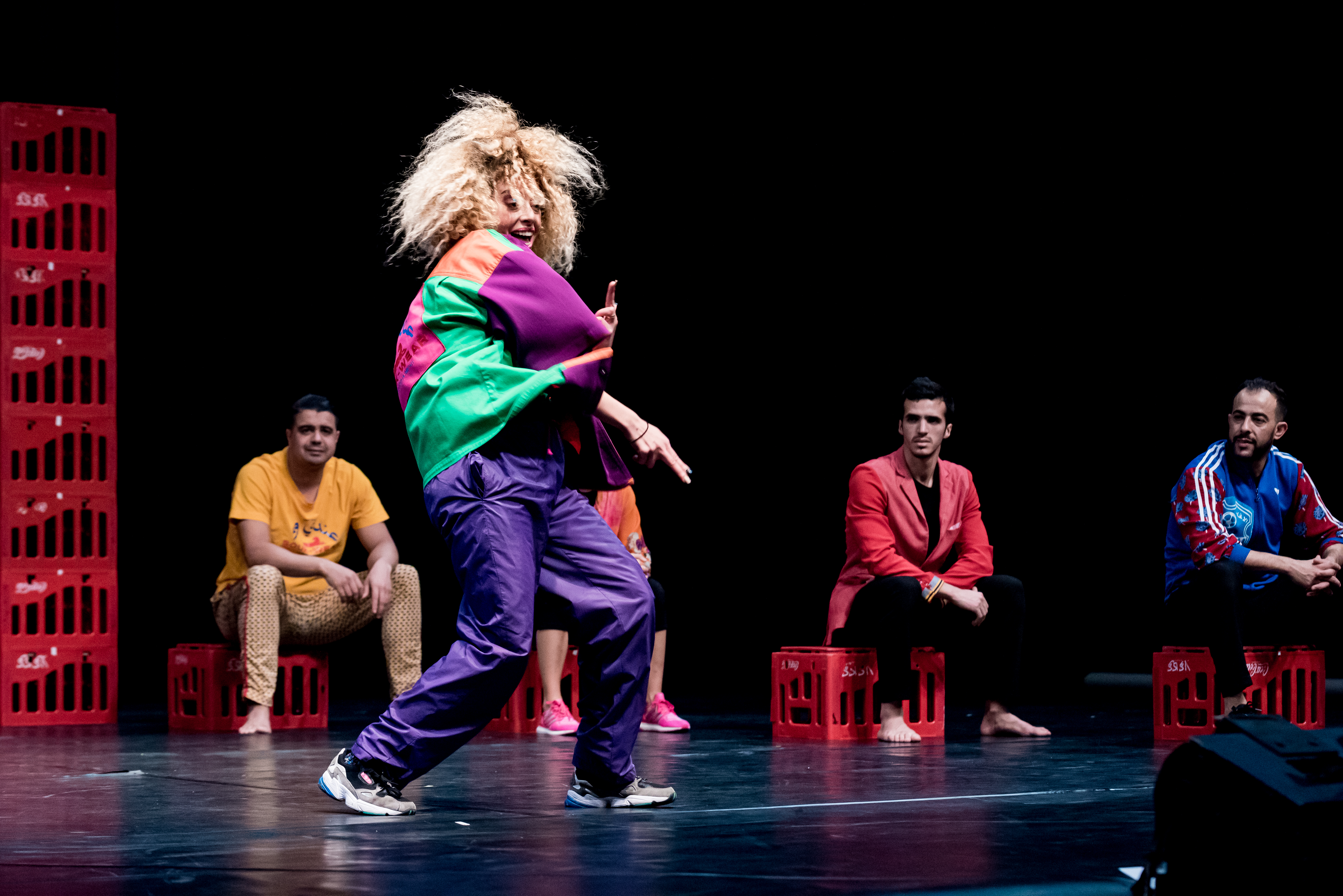 The unforgettable all-male ballet company Les Ballets Trockadero de Monte Carlo bring their inimitable mix of comedy and Strictly to Brighton Dome on 23 and 24 September, returning for the first time in seven years to perform their hilarious parody of the classic Swan Lake. There will also be the opportunity to join the ‘Dying Swan’ Workshop with the company on Saturday afternoon, so dancers and non-dancers alike can follow in The Trocks’ footsteps. 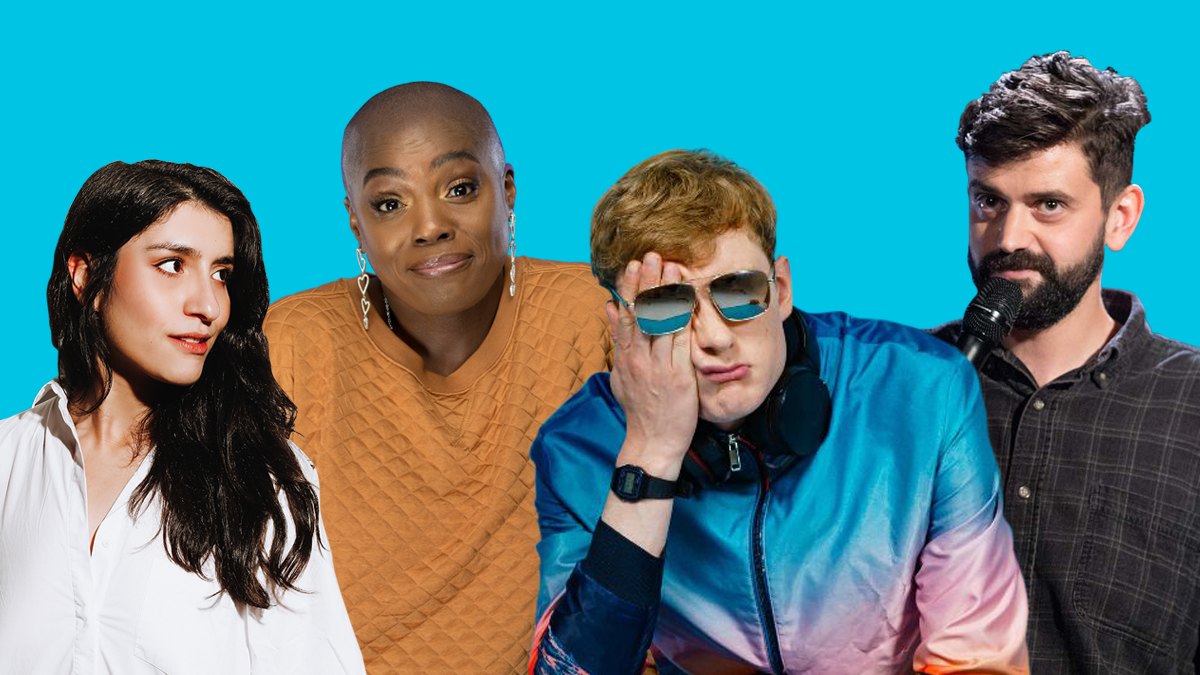 Plus, throughout the season we’ll have new shows from UK comedy favourites Alan Carr on 16-17 September, and Sarah Millican from 7-9 December. Ten years after her breakthrough comedy show What Would Beyoncé Do?, the first comedian to win a BAFTA Breakthrough award for stand up, Luisa Omielan, brings her one-woman-show Ten to Brighton Dome on 26 November. Authentic, raw, honest and timeless, it's the only show that can make you laugh your head off and cry your eyes out simultaneously.

‘Queen of Comedy’ Celeste Barber brings her Fine, Thanks tour to Brighton Dome on 10 September. With a Netflix comedy series, Wellmania, in development and over 9 million followers on Instagram, don’t miss your chance to see her. Brighton indie favourites The Big Push take the stage on 9 September with their biggest gig so far. The band met while busking in Brighton and their sound reflects their diverse influences - from hip-hop to folk to reggae - and their strong local identity.

Grammy-nominated, and championed by none other than Pharrell Williams, US singer-songwriter Maggie Rogers will play Brighton Dome on 8 November. With songs from her rockier second album, Surrender, due out later this year, Maggie’s mesmerising live act has won her fans on both sides of the Atlantic. Rising Australian star Courtney Barnett is in town on 12 November. Multi-award nominated in both the US and Australia, Courtney’s deft lyrics and virtuoso guitar-playing have made her a favourite among millennials. Classical highlights this autumn include Beautiful World on 21 January, a unique collaboration between the Brighton Philharmonic Orchestra (BPO) and visual artist and Brighton Festival favourite Kathy Hinde in a concert celebrating winter landscapes and birdsong. With a programme featuring 20th and 21st century composers including Philip Glass, Finnish master Einojuhani Rautavaara and Radiohead’s Jonny Greenwood, it’s going to be an intriguing performance not to be missed. 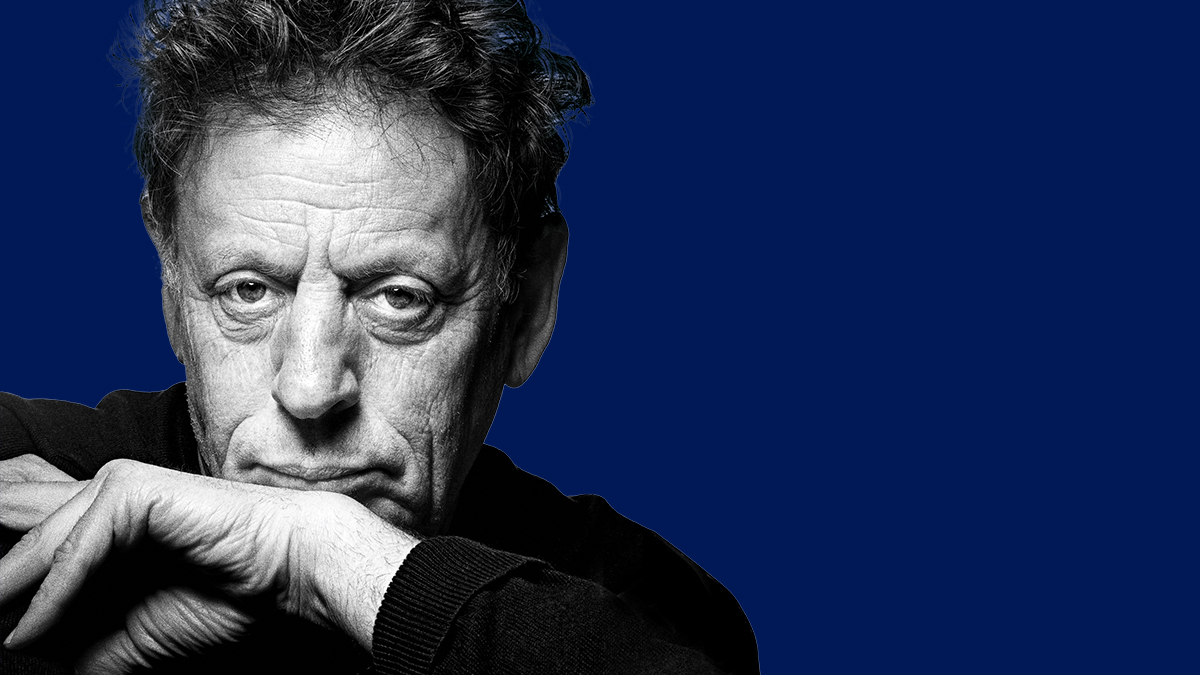 To welcome those who have never seen a classical concert before, BPO are offering a limited number of £10 LoveMusic tickets for this show (on sale the day before and on the day: quote LoveMusic when booking on our website).

The ever-popular Sunday morning Coffee Concerts at the Attenborough Centre for the Creative Arts (ACCA) are back from 16 October, in association with Strings Attached. The season begins with Quatuor Agate, followed by Paddington Trio (20 November) and Quatuor Arod (11 December). In the new year we welcome Philip Higham (22 January), Heath Quartet (19 February) and Joanna McGregor and the BPO Chamber Ensemble (19 March). 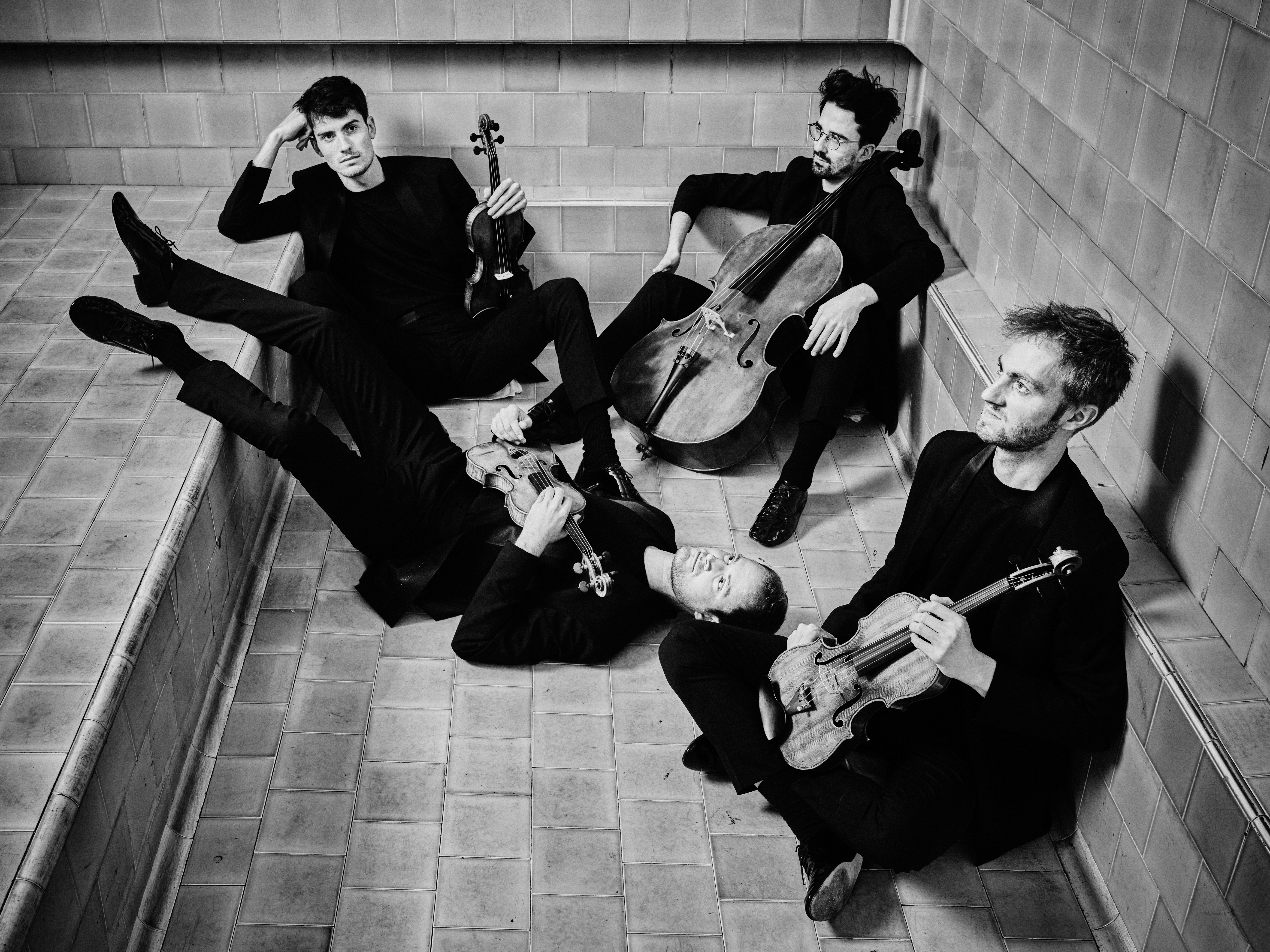 The Jinkx & DeLa Holiday Show, featuring “queens of Christmas” and stand-out stars of Ru-Paul’s Drag Race, BenDeLaCreme and Jinkx Monsoon, will kick off the festive season on 20 November.

A double bill of family favourites sees Raymond Briggs’ much-loved classic animation The Snowman performed with a live orchestra on 4 December, followed by Prokofiev’s charming tale of courage and friendship, Peter and The Wolf. 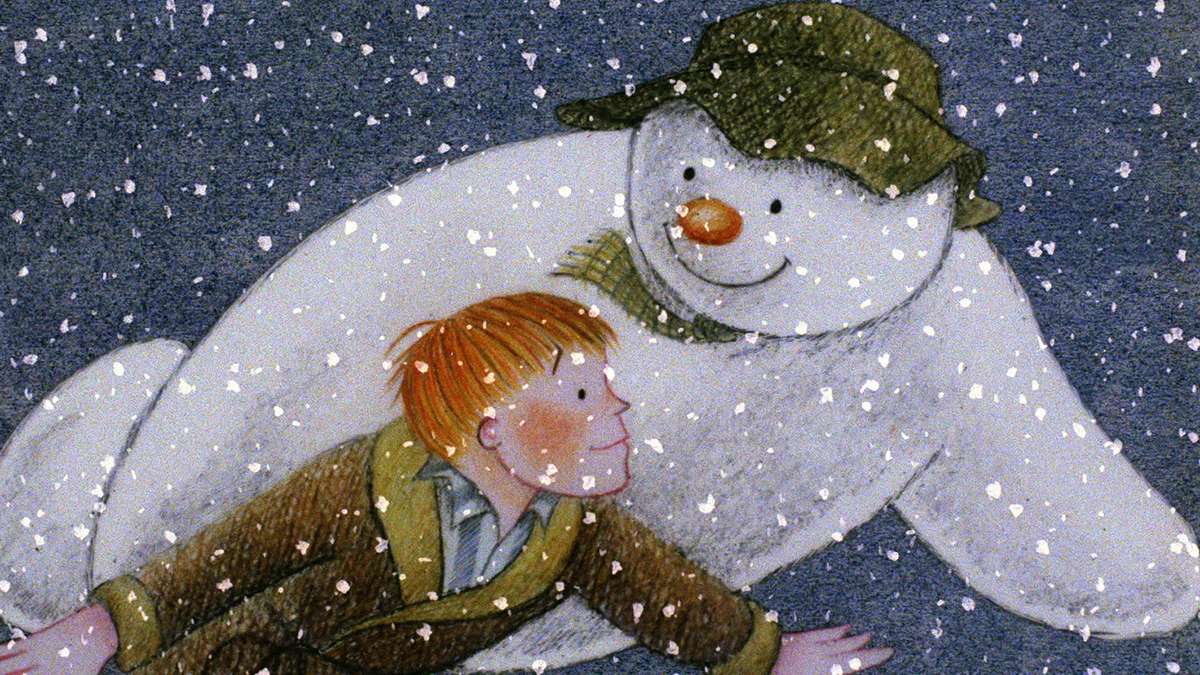 Dance into the new year with the enchanting Beauty and the Beast on 29 & 30 December. This classic fairy tale, perfect for a family day out, is transformed into a magical ballet by Ballet Theatre UK. Want to peek behind the scenes at Brighton Dome? Join us on 11 September at our Heritage Open Day. With the theme of ‘Astounding Inventions’, you’ll find out how local inventor Magnus Volk brought electricity to the Royal Pavilion Estate, and uncover behind the scenes secrets with backstage tours, the One-Minute App trail and personal stories from our ‘I Was There’ Oral History Project.