The historic Brighton Dome Corn Exchange, itself once a popular skating rink back in the 1870s, is to be the unique setting for a one of the fastest growing sports in the world, Roller Derby (Sat 10 Dec, 4.45pm). Played on roller skates it's a high impact, high scoring, full contact sport.

Brighton's home team - the Brighton Rockers – will play in the Grade 1 listed venue in a full-on Christmas special before it is transformed as part of Brighton Dome’s upcoming redevelopment plans.

Team Black will be going up against Team Blue – in a Brighton v. Brighton bout. See some of Brighton’s favourite skaters, and the new up-and-coming rookies battle it out on the track. With DJs, bands, kids’ games, face painting and half-time entertainment.

Brighton Rockers are UK ranked and play all over Europe – games in the past year have included Milan, Eindhoven, Namur, Caen, Gent, Lille, Cardiff, London and Iceland. 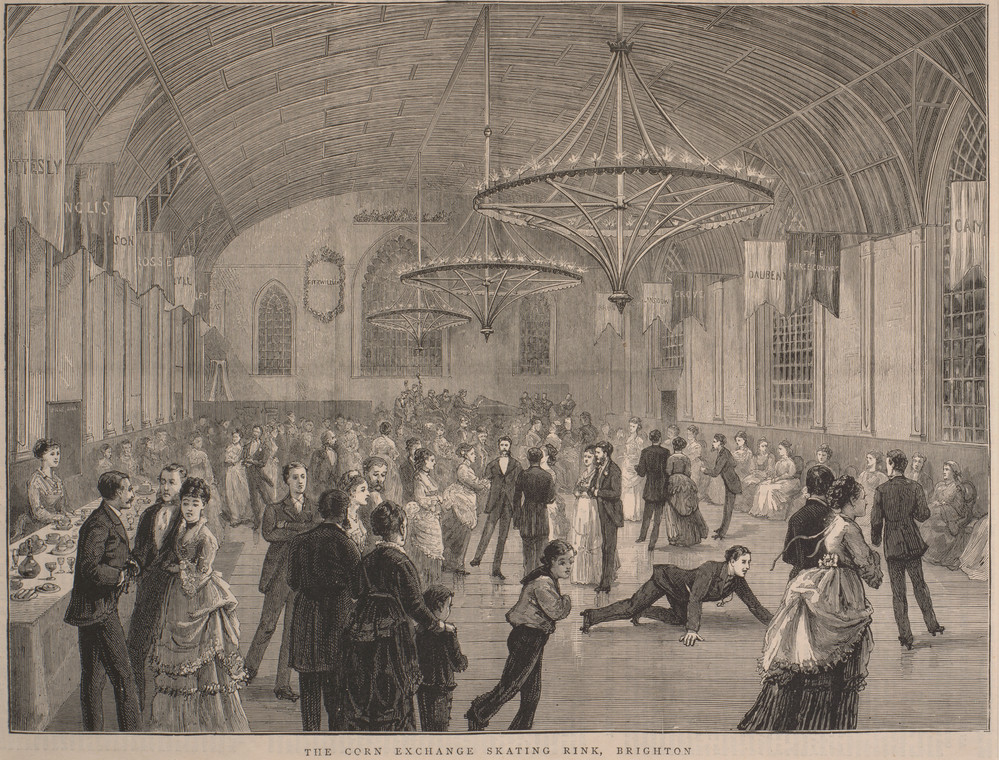 Brighton Dome Corn Exchange has played many roles in its 200-year history, having started life as Prince Regent’s Riding House. The upcoming refurbishment will reveal and restore this rich history, including long-lost heritage features of the former Riding House, as well as provide increased capacity seating and a magnificent new viewing gallery.

Alongside, major improvements to the Studio Theatre - formerly a Supper Room - will include balcony seating, a new artists’ creation and development space, and a cafe opening out onto New Road.

Brighton Dome Concert Hall will remain open for business while the nationally-important Corn Exchange and Studio Theatre begin their transformation in the New Year. This work will be the first phrase of an over-arching culture and heritage-led development plan for the Royal Pavilion Estate which is being developed in partnership with Brighton & Hove City Council and the Royal Pavilion and Museums.

To book tickets for the Roller Derby Special click here