This is... Brighton Rockers - Roller Derby

Here's five quick facts from the Brighton Rockers themselves on what Roller Derby is and how they came to be...

1. Roller derby started out in the early 20th Century as a crazy pantomime ‘sport’ where skaters were allowed to push, trip and all-out attack each other! It is now very much a serious sport with skaters training as hard as any other athletes would.

2. Contemporary roller derby has punk DIY and feminist roots and is one of the very few sports where the women’s game is the primary game, rather than the men’s.

3. Brighton Rockers Roller Derby was founded in 2010 over some drinks in a pub, and we have never looked back! Their league now has almost 100 members, including skaters, refs, and officials.

4. The most asked question about roller derby is 'Where is the ball!?' There is no ball; teams score points by their ‘jammer’, the skater with the star on her helmet, passing the hips of opposing blockers.

5. Brighton Rockers are well known in the European roller derby community for their brilliantly ridiculous after game parties 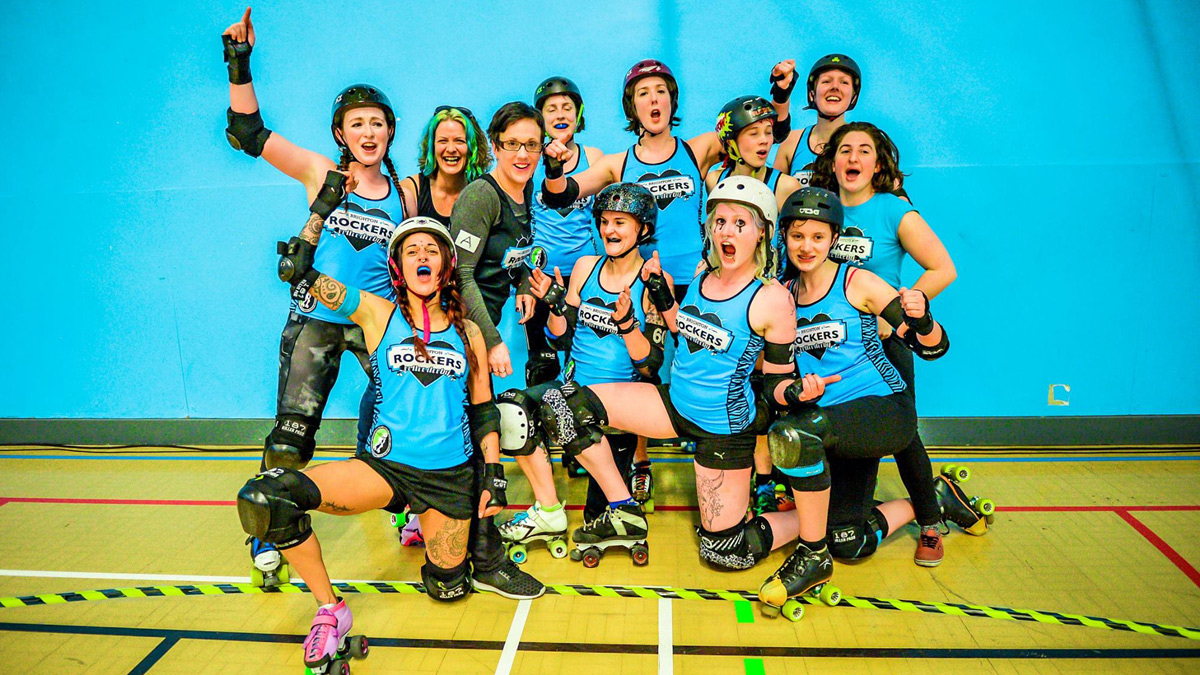