Fela Kuti in Brighton: the Afrobeat pioneer’s connection to the city

Fela Kuti was a legendary Nigerian Afrobeat pioneer, composer, musician and political activist. His parents sent him to London in 1958 hoping that he would study medicine and become a doctor. Instead, Kuti decided to study music and composition at Trinity College London. In an interview in Songlines, his son Femi recalls his father talking about his work as a kind of African classical music towards the end of his life. His knowledge of jazz and classical music gave him a solid foundation in the creation of Afrobeat.

Kalakuta Republic was the name that Kuti gave to his communal compound in the suburbs of Lagos. It housed his family, band members and recording studio. In 1977, it was burned to the ground following the release of his album Zombie, which was a criticism of the Nigerian military.

The legacy of Fela Kuti lives on through choreographer Serge Aimé Coulibaly in his contemporary dance show Kalakuta Republik which is inspired by the life and music of Kuti. Kuti has played in Brighton before, at Top Rank Suite in Brighton on Wednesday, 14 June 1989 and his music returns to the city this Nov at Brighton Dome in Kalakuta Republik. 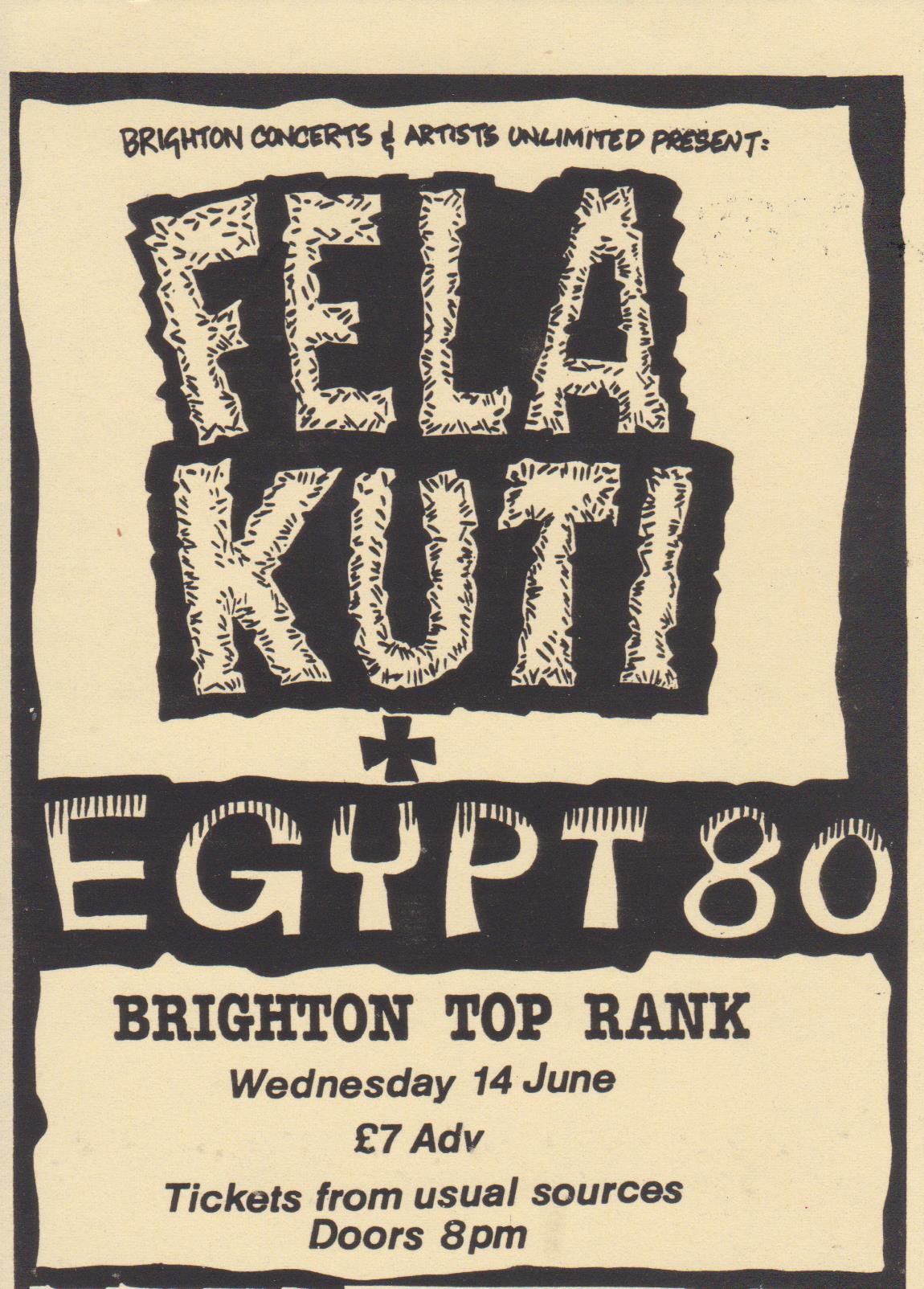 In an interview in The Argus, DJ and broadcaster Russ Dewbury recalls the gig. ‘It was the best live show I have ever seen. Fela is another hero of mine for his musical genius and uncompromising political stance in Nigeria.’

John Warr, presenter of Afrobeat on Radio Reverb, worked on the promotion of the same show and remembers it well.

‘Fela brought a large contingent of folk who set up market stalls selling paintings, necklaces, badges and the usual fare and I recall the band played football on the dance floor before the soundcheck which livened up the atmosphere! We were providing pre-promotion for the event and DJing there [with Martin Sinnock] as ‘Ashanti’ working closely with promoters who were putting on live African and Caribbean music.’

Fela’s sons have both played at Brighton Dome, Seun in 2015 and Femi Kuti in 2007. Warr also attended a performance by Seun Kuti at the Corn Exchange in 2004.

He says ‘It also featured Tony Allen, Fela’s original afrobeat drummer and that was the best of those gigs for its sheer energy as I remember – or maybe it was just incredible to see Seun finally leading Egypt ‘80! The last time I had seen him perform was when Fela allowed him to sing his classic ‘Lady’ with his band back in ‘91 when he was probably only 8 years old or so.’ 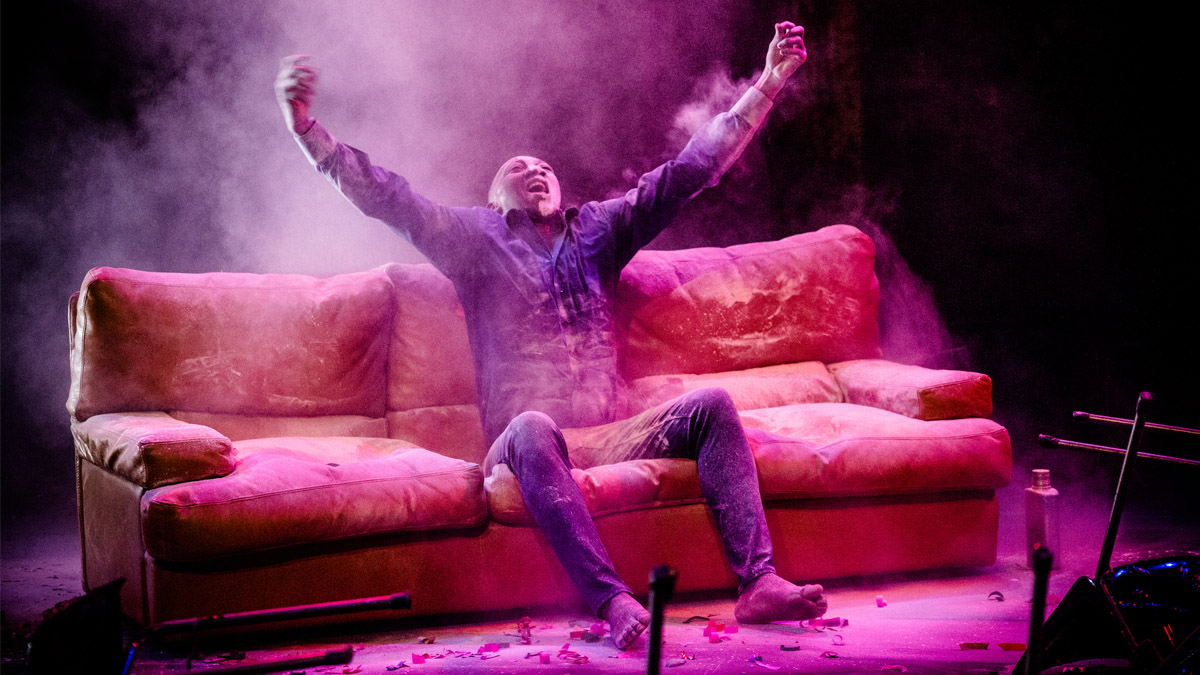 This November, Brighton Dome welcomes the return of Fela Kuti, through Kalakuta Republik. Burkina-Faso born Serge Aimé Coulibaly depicts energetic scenes set to a remix of Kuti’s own music. Described as a 'thrillingly inventive act of choreographic rebellion', Kalakuta Republik is part of FranceDanceUK, a nation-wide festival of inspiring French-based artists and has just finished runs in London and Edinburgh Festival. On Mon 4 & Tues 5 Nov 2019, seven dancers take to the stage in movements representing the march towards freedom, a fitting symbol of Fela Kuti’s legacy.

With thanks to John Warr at Radio Reverb. Listen to the complete archive of weekly shows from 2004 on totallyradio.com