Louise Peskett joins us on Fri 7 Feb for a lunchtime talk delving into the history of women entertainers who have appeared in some of Brighton’s much-loved venues, including our very own Concert Hall. We speak to Louise to find out more about the notorious women of Brighton and what to expect from her talk.

Hi Louise, for those who don’t know - can you tell us a bit yourself and what you do?

My name is Louise Peskett and my passion is uncovering and telling the stories of incredible local women from the past.

Brighton and Hove is a treasure trove of women's history - some of the first women doctors to practise in the country moved here to set up landmark hospitals, the first British woman to swim the Channel was born here, Britain's first female cabinet minister worked in a shop in Hove, the first Suffragette to die for the cause worked here, the first and possibly only woman to have a blue plaque outside her home for services to witchcraft lived in Brighton. Many women who have shaken things up in many different directions have a Brighton and Hove connection. And, of course, there is a history of ground-breaking and brilliant entertainers from the city too.

Next month you’re joining us to discuss the iconic women entertainers from Brighton’s past. What can we expect from the talk?

Music-hall legends, early comediennes, divas of early film, drag artists, iconic soap actresses, pioneering managers, all-female jazz bands. Brighton and Hove has been home to some of the foremost female entertainers in the country, many appearing in some of the city’s best-loved venues, such as Brighton Dome. I'll look at household names and some of the lesser-known women who have kept us at the edge of our seats – or settees – shouting for more.

At Brighton Dome, we’ve had several iconic women on our stages! Who is your favourite?

My favourite female performer to have appeared on Brighton Dome’s stage is Sister Rosetta Tharpe. She was born in 1915, the daughter of Arkansas cotton pickers and picked up her skills singing and playing the guitar in church. She's known as the mother of rock n roll who inspired Elvis Presley, Little Richard, Chuck Berry, Aretha Franklin, Johnny Cash and, a bit later, apparently, Meatloaf! She played at Brighton Dome in 1964 as part of the American Folk, Blues, and Gospel Caravan. I know she isn't from Brighton and Hove but that visit to England was thought to have influenced a whole host of musicians who caught her on tour, such as Mick Jagger, Jimmy Page and Eric Clapton. If I could go back in time and see any performance at Brighton Dome, it would be that one. 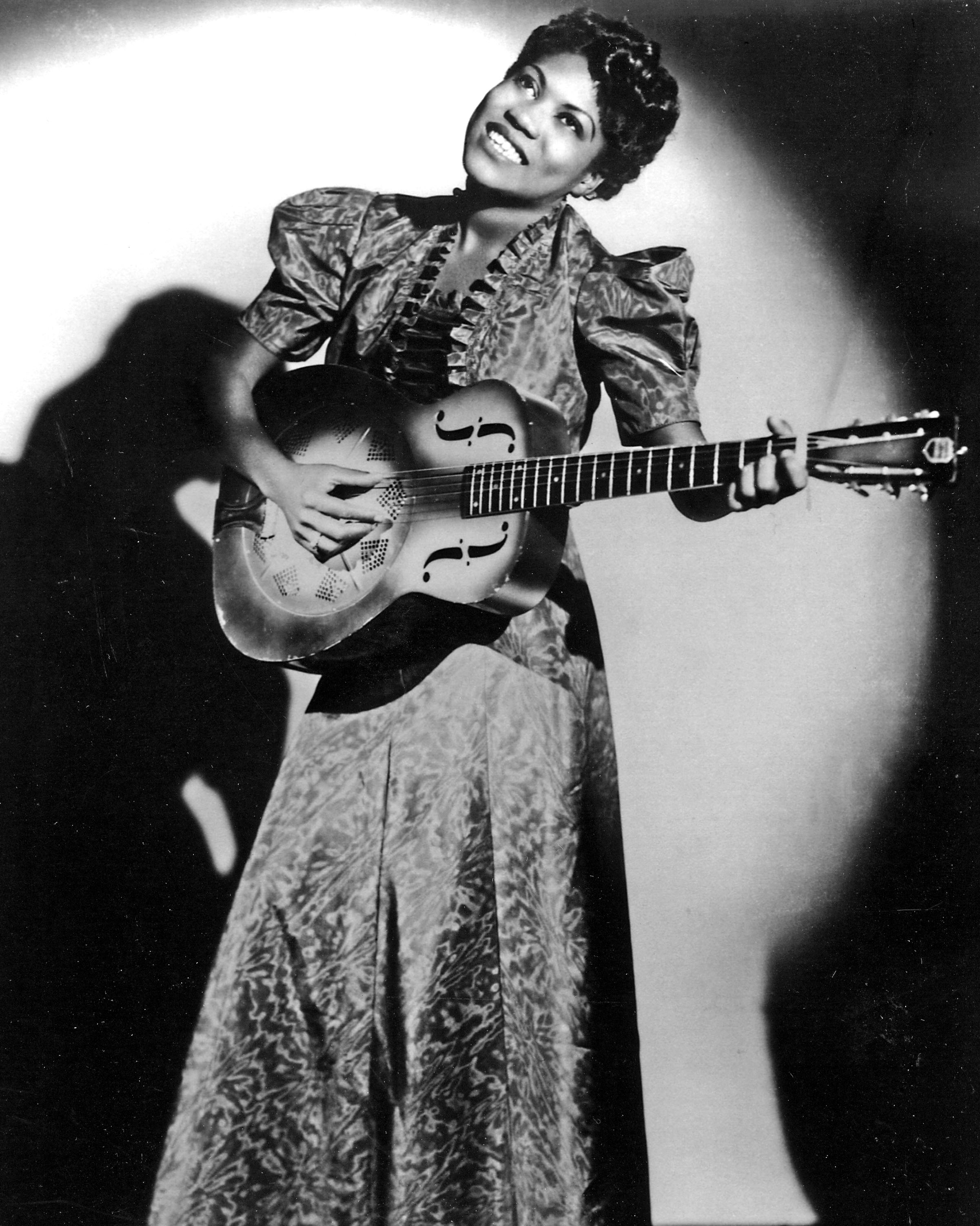 What process do you undertake when researching local history?

All sorts of things: read, go to the Keep and pore through directories and documents.

There are some great books about women's local history that are also very inspiring. Helena Wojtczak from Hastings has written the fantastic Notable Sussex Women that gives potted biographies of women with connections to Sussex. I've always found this a great place to start. She's also written Women of Victorian Sussex which is great background and a real insight into how local women stood regarding the law, employment, crime, health, and other things in the nineteenth century, It’s a real; eye-opener. I've also been inspired by Val Brown's Women's Hospitals in Brighton and Hove which tells the story of the first women doctors in Brighton and Hove.

Who is your favourite woman from Brighton’s history and why?

I love Mercedes Gleitze who was born on Freshfield Road in 1900. She was the first British woman to swim the Channel in 1927 and the year after that she became the first to swim the Strait of Gibraltar from Tarifa in Spain to Tangier in Morocco. People have done that since, but Mercedes was swimming without the benefit of high-tech wet suits and all the knowledge we have about nutrition and fitness these days. She did lots of other swims and broke the British endurance swimming record in Worthing in the 1930s. She became famous but ploughed a lot of the money she earned into a homeless charity. I like her because I love swimming (although I am a long way from setting off to swim to France on a cold October day as she did!) I also love Mercedes's daring spirit and her single-mindedness.

Book a ticket to Women in Entertainment or discover more about Louise Peskett on her blog historywomenbrighton.com