A total of 15 complete skeletons have been exhumed and removed from underneath the area that was formerly the venue’s mini conference room by a team of five archaeologists from Archaeology South-East. 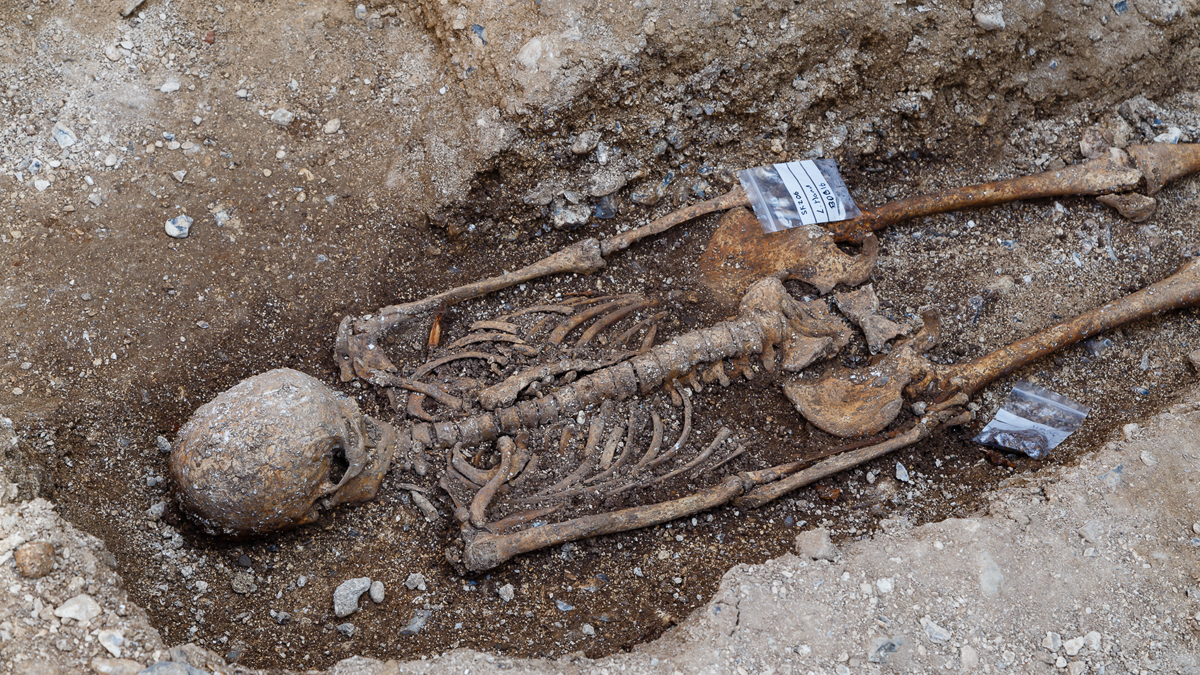 The remains have now been carefully lifted and taken to the Archaeology South-East office where they will be cleaned and looked at in detail by the osteological team. After this, decisions will be made as to whether they are reburied, cremated and reburied, or stored for longer term curation and study. 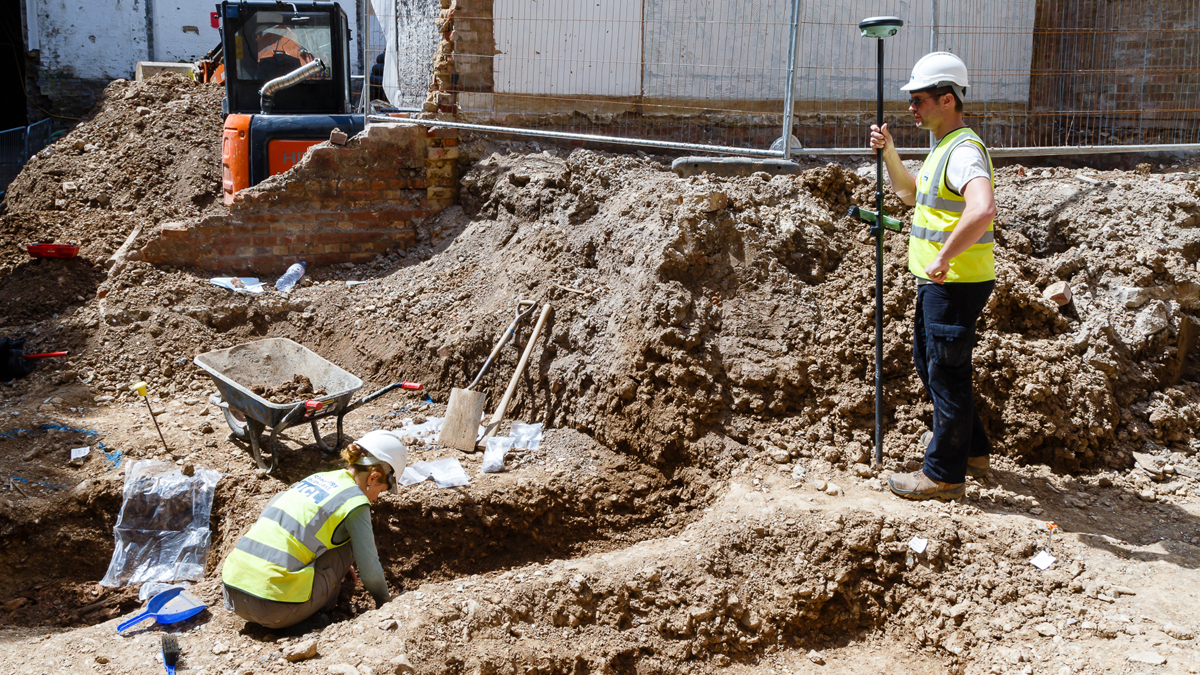 The remains are thought to be from 'Quakers Croft' a Quaker burial ground that existed before the Royal Pavilion Estate was built, and before the Quaker meeting house moved to its current location in Meeting House Lane in 1805. 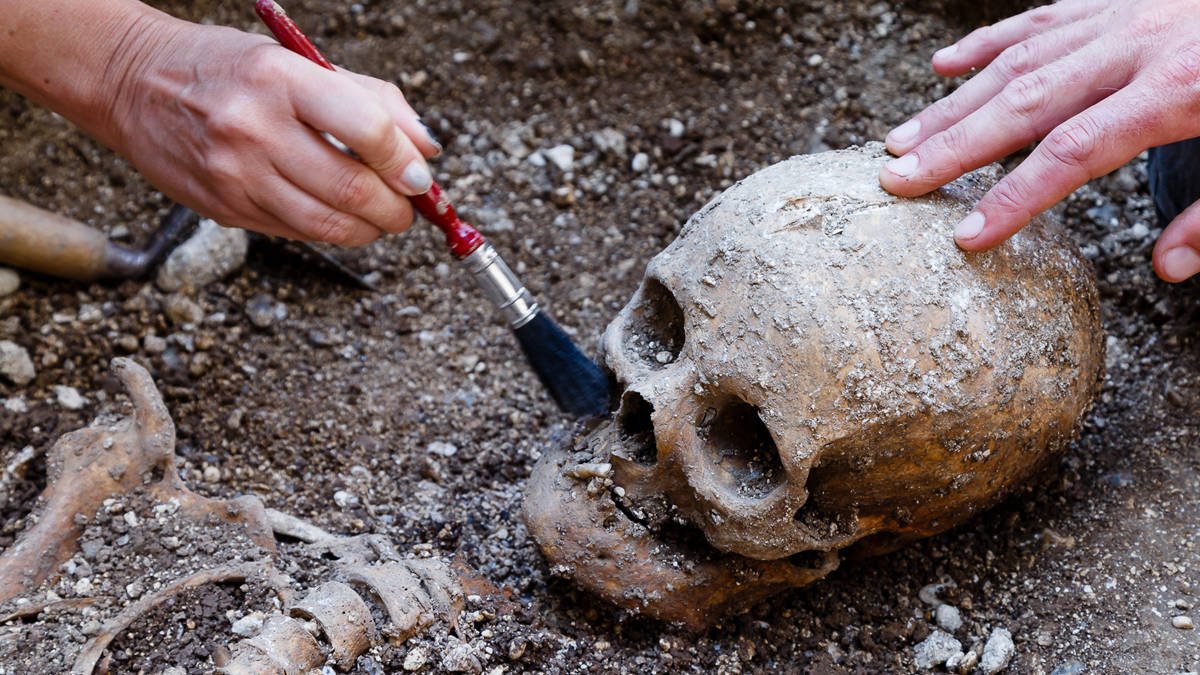 Garrett Sheehan from Archaeology South East said: “We believe the skeletons we have found are between two to three hundred years old. The Bishops Map from 1803 showed this area marked as Quakers Croft, and a Quaker burial ground was known to exist here - it was the extent of this that wasn’t clear until now. The construction of the Riding School here at Brighton Dome was completed in 1813 so the burials pre-date that. In this area, outside the old riding school we have a up to fifteen burials that remained undisturbed. Interestingly there are also up to five disarticulated skeletons buried here that were presumably moved during the original riding school construction.”

Councillor Alan Robins, Chair of the city’s Tourism, Development and Culture Committee, said: “The discovery of this burial site has opened up a fascinating new chapter in the history of Brighton. It will help us understand how people lived more than 200 years ago and will be added to the story and interpretation of the Royal Pavilion Estate which is being refurbished and restored for future generations.” 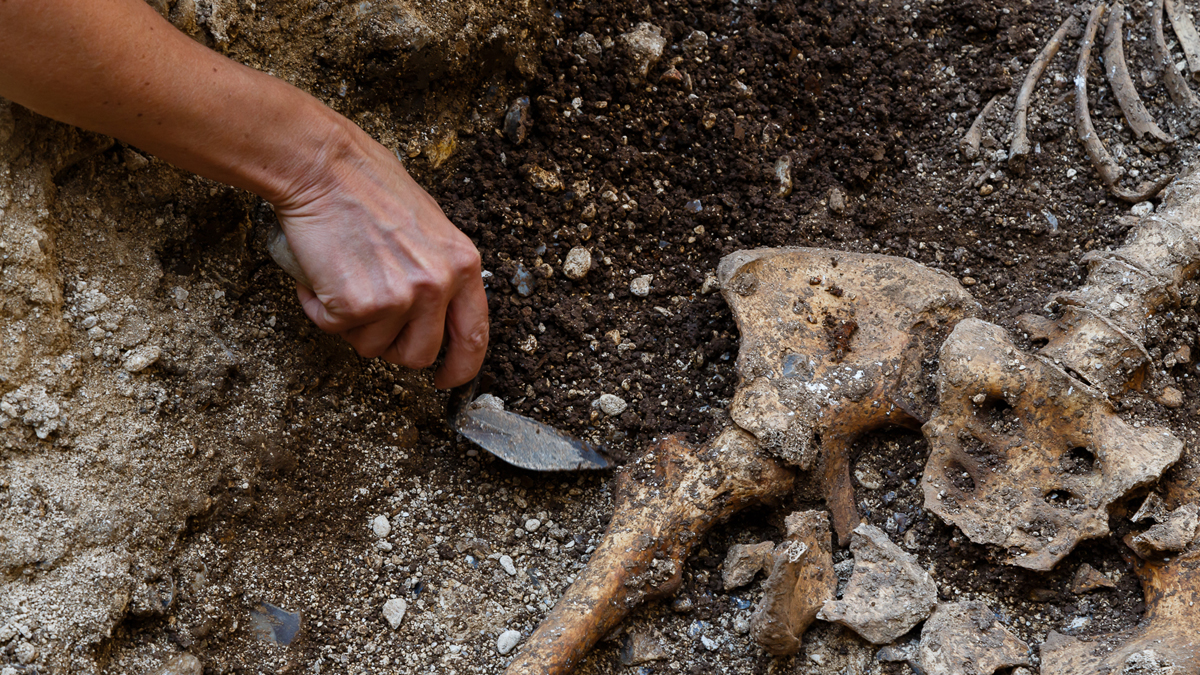 The work at the historic Brighton Dome Corn Exchange is part of an ambitious project to restore and reunite the Royal Pavilion Estate buildings and gardens. Phase one of this project - a major refurbishment of the Corn Exchange and Studio Theatre - will restore long-lost heritage features as well as provide new, state-of the art facilities.

Photographs are by Carlotta Luke