To commemorate the 85th anniversary of the Art Deco refurbishment of Brighton Dome and the Corn Exchange, we’re revisiting the story of last year’s restoration of the statue of Ceres, the Roman Goddess of Agriculture, which stands above the entrance of the Corn Exchange on Church Street. 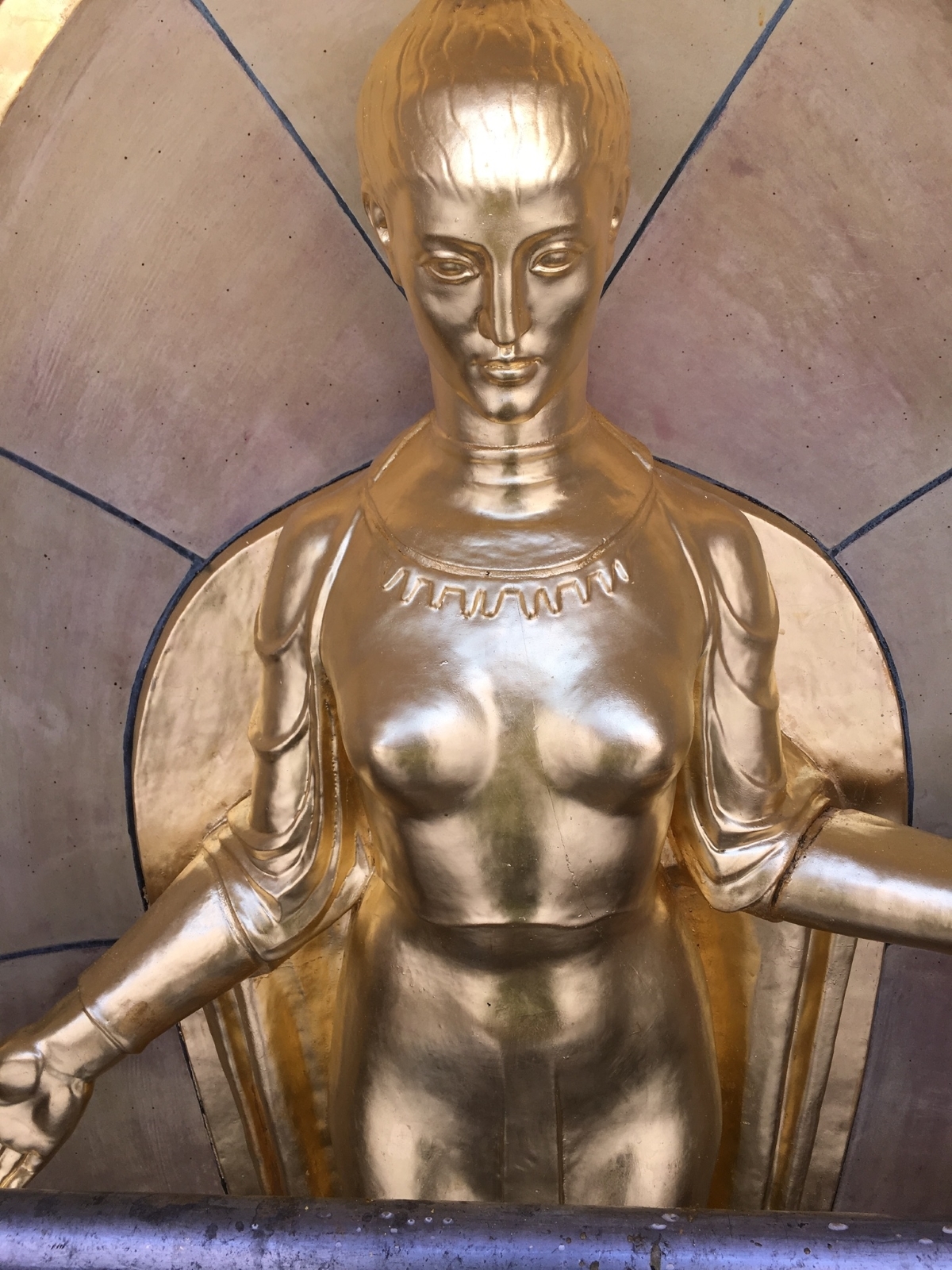 Ceres was sculpted in 1935 by renowned artist James Woodford OBE RA (1893-1976). The statue was crafted by Woodford in a distinct ornamental style to compliment the architecture of the Royal Pavilion and Brighton Dome buildings. Specialist restoration work has been undertaken by local conservator, Sarah Mayfield.

“Ceres has required some careful surface repairs due to the original gilding being worn away by years of excess weather and cleaning. I’ve used gold leaf which is applied very carefully to the surface of the statue, bringing her back to how she would have originally looked in the 1930s.” 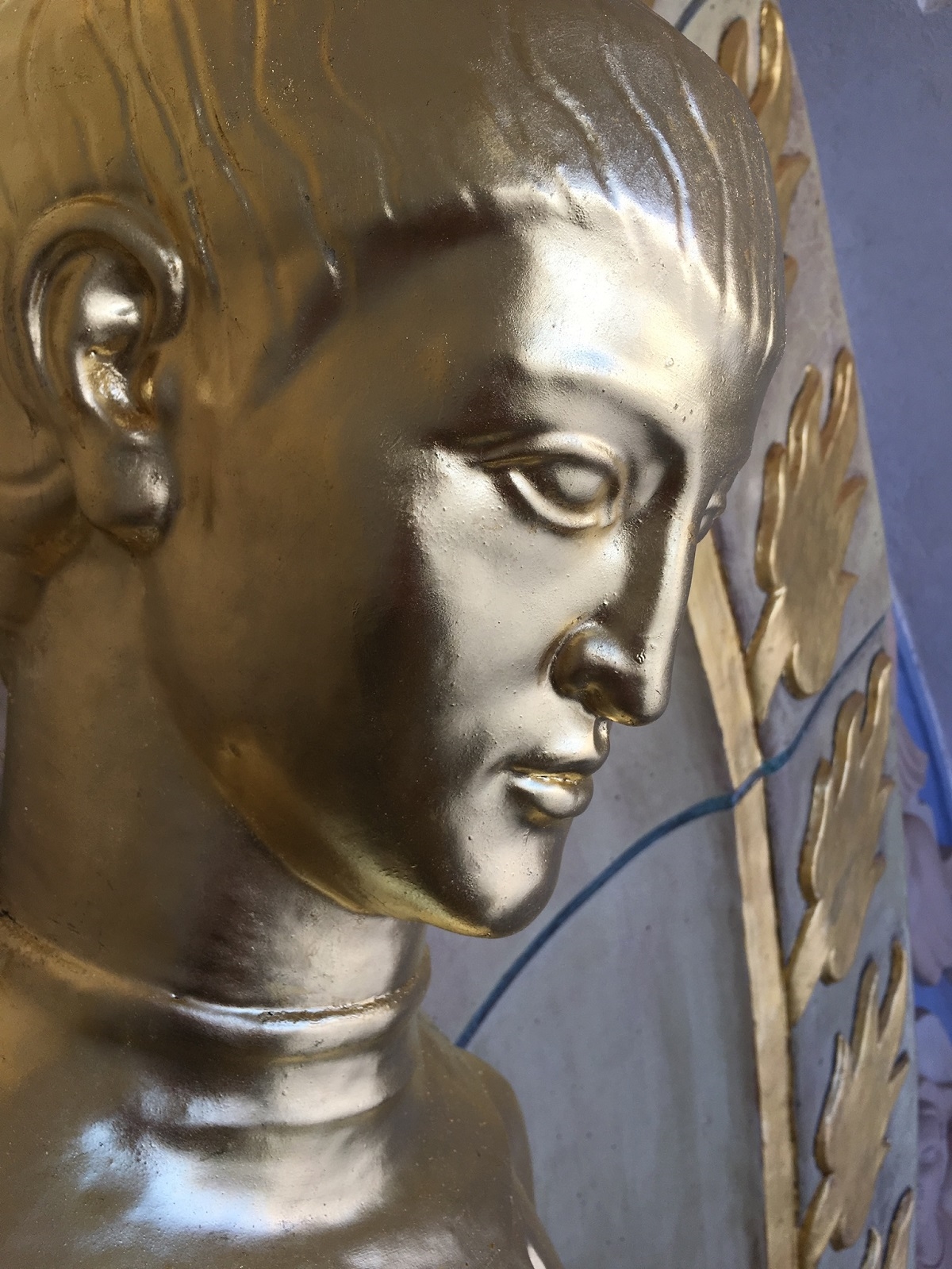 Woodford is best known for the design of the bronze relief doors of RIBA’s headquarters in London (1934); Robin Hood’s statue outside Nottingham Castle (c1949) and the so-called ‘Queen’s Beasts’, a set of animal sculptures that lined the Annexe of Westminster Abbey during the coronation of Queen Elizabeth II in 1953.

Ceres is just one of several significant heritage features being restored during the refurbishment of our 200-year old Corn Exchange and Studio Theatre, formerly the Prince Regent’s riding house and stables, in partnership with Brighton & Hove City Council and with conservation work supported by the American Express Foundation.

“Seeing Ceres restored to her former glory is a significant moment in the project. She not only symbolises the renewal of the seasons but also represents a new era for the Corn Exchange and Studio Theatre as we work towards a new vision for supporting artists and programming arts in the venues.” 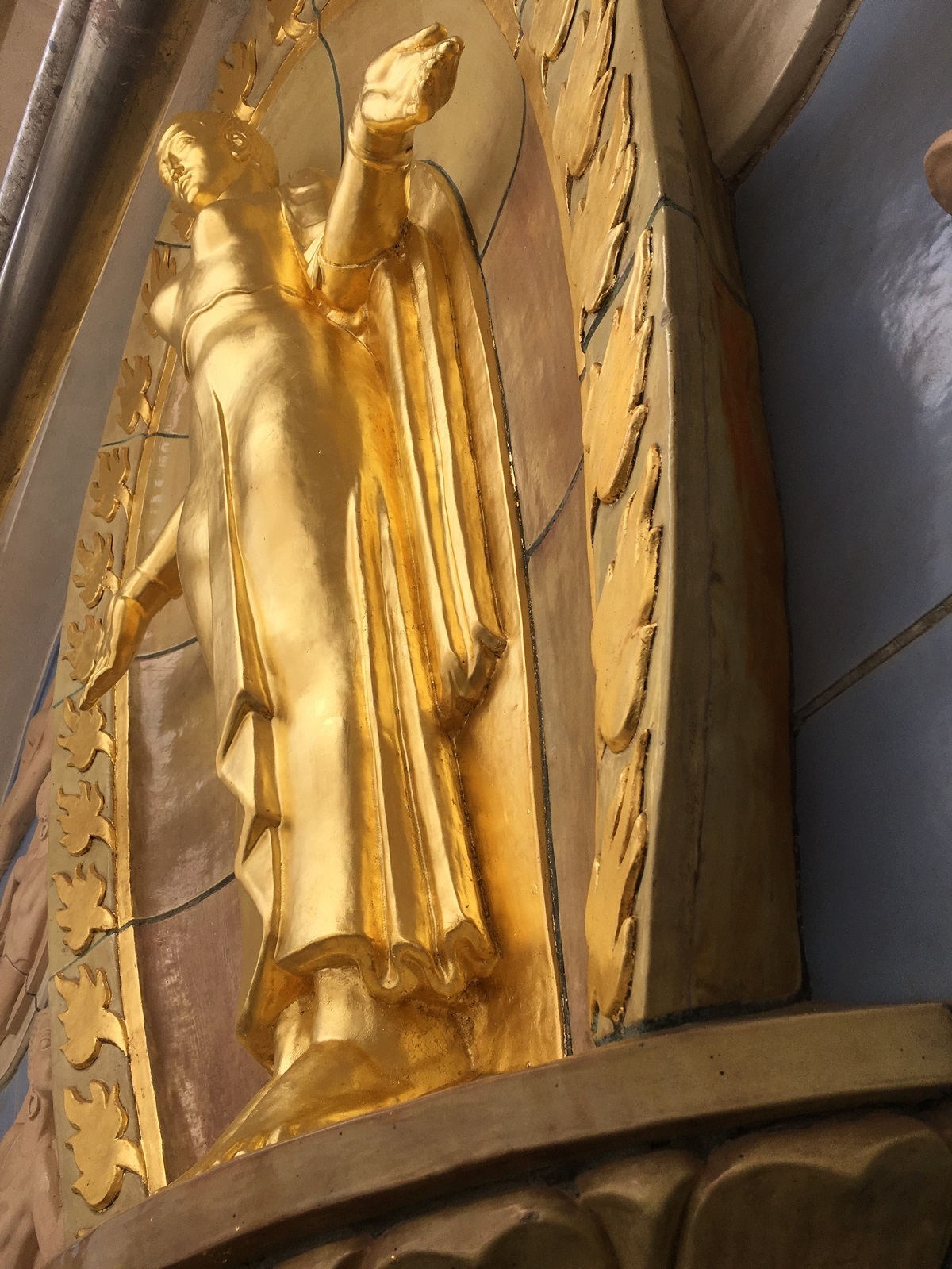 The project will restore breath-taking and previously hidden heritage features as well as provide increased capacity seating, a magnificent new viewing gallery and a creative space for artists to rehearse and develop work. Major improvements to the Studio Theatre - once a supper room - will include balcony seating, new bar facilities and a street level café opening out onto New Road.