The Royal Pavilion Estate's wartime history played an important role in the recovery of wounded soldiers. Find out more about the care soldiers received from the Pavilion Military Hospital and 'Dr Brighton'

Between 1 Dec 1914 and 28 Aug 1920, over 10,000 wounded soldiers were nursed back to health at the Pavilion Military Hospital, a makeshift hospital set up within the buildings of the Royal Pavilion, Brighton Dome, and Corn Exchange. Across the estate, over 700 beds were set up, along with nine kitchens and three operating theatres, one inside Brighton Dome itself.

On 28 Aug 1920, the Royal Pavilion Estate keys were returned to the keeper of the Pavilion Mr H. Bishop and went back to public use. 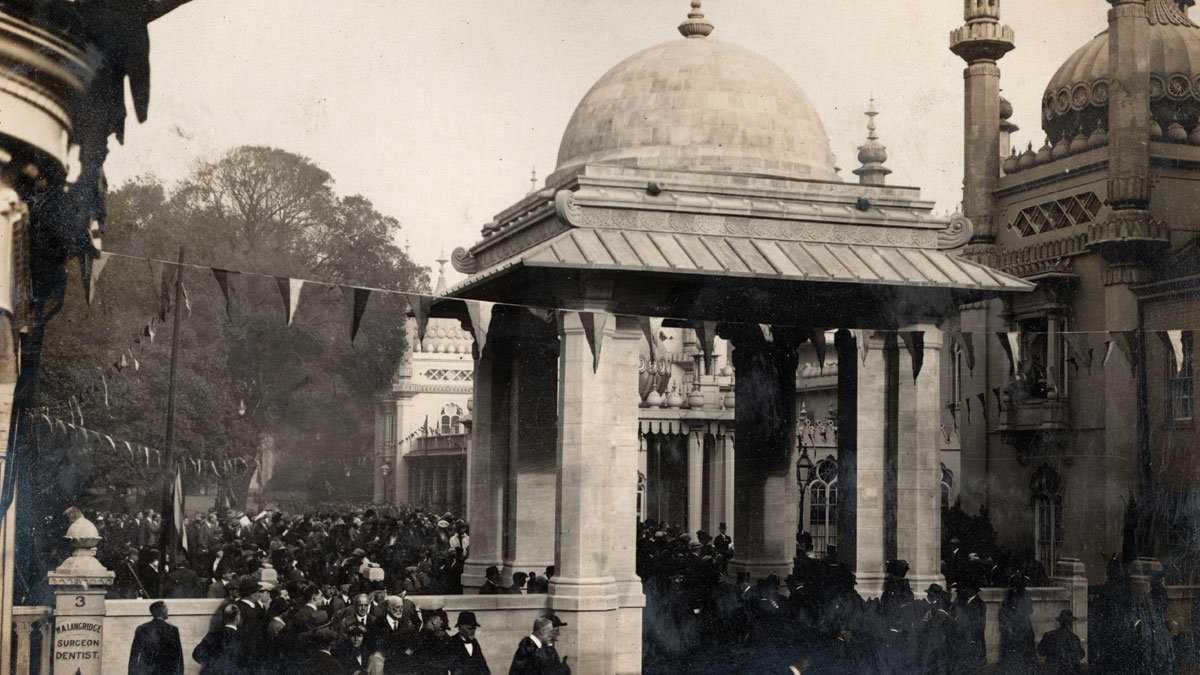 The India Gate was a gift from the people of India located on the south side of Pavilion Gardens, with an opening ceremony given by the Maharajah of Patiala, Bhupinder Singh, on 26 Oct 1921. Although often thought of as a war memorial, it was actually given as thanks to the people of Brighton for the care and hospitality they gave to the Indian soldiers during this time.

Letters discovered during redevelopment works at Brighton Dome Corn Exchange, Sep 2017, give a fascinating glimpse of what life was like for the injured soldiers hospitalised at the Pavilion Hospital between 1916 to 1920.

One letter dated 20 Apr 1918 from JC Cocks, a patient at Queen Mary’s Hospital, Roehampton, to his friend Brown, an amputee patient at the Pavilion hospital: ‘I dare say you are expecting a letter from me as to how they are treating me at the above. Well it is not too bad here at all, it is a little out of the way, we find this especially so in bad weather as amusements are not next door to the hospital as at the pavilion. I am being fitted with a prosthetic arm (a French make) it is very light in weight and will suit my purpose very well. I don’t think this arm is suitable for manual labour & what I have seen of the arms I should think a Anderson + Whitelaws would suit you’ 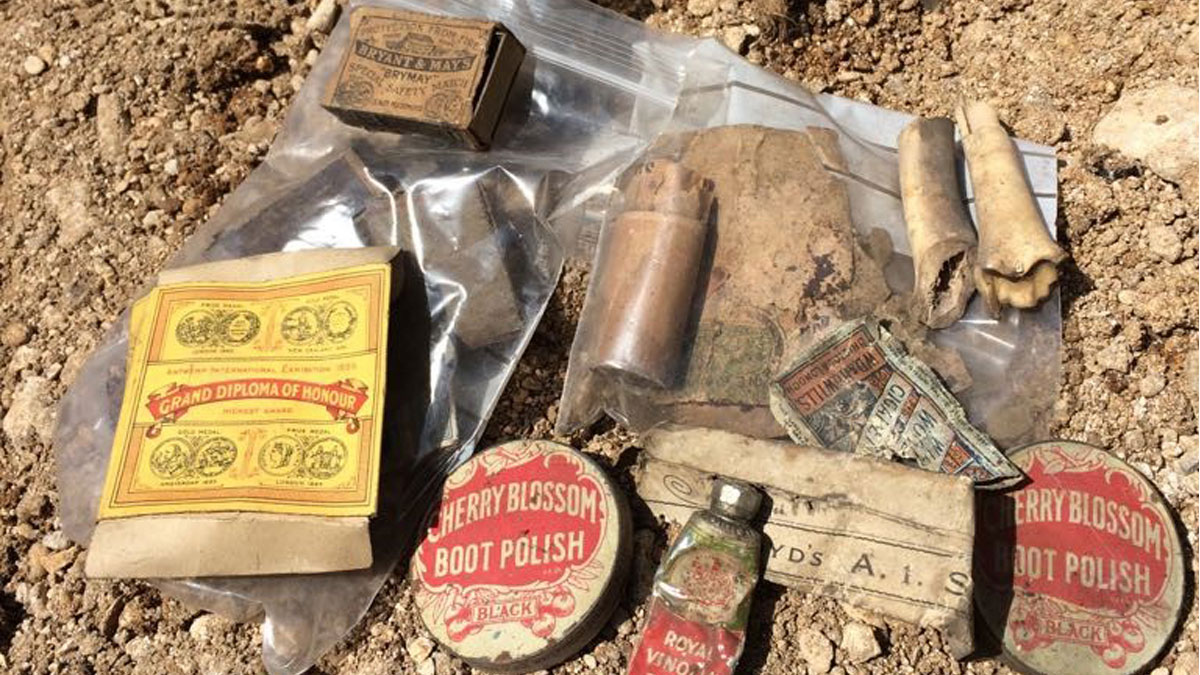 A third letter (torn into fragments) dated 25 August 1918 was addressed to ‘My Dear May’ from a patient in ‘Section D 120, The Pavilion, Brighton’. Along with the letters, a collection of other items was found including a knife, match and cigarette packets, bottles, newspaper cuttings (including from The Times of India), sweet wrappers, a toothpaste tube, and boot polish.

On Sat 10 Nov, Kevin Bacon (Digital Manager at Royal Pavilion and Museums) will give a talk about medicine, media and myth from across the Royal Pavilion Estate military hospital. There will also be Historical Research Volunteers on hand throughout the day to share more information from our history, and present findings from their research, as well as three Heritage Tours around our venue, including the opportunity to go backstage.