Selina Thompson interview: ‘As a queer black woman I am often expected to educate people on race, class and gender. Enough! Time for you to think for yourself.’

Journalist Jessica Rings speaks to the artist behind Race Cards, the immersive installation about identity politics, and what to expect from her show which explores the notion of 'playing the race card'.

What can visitors to the installation expect, and how do they get involved in the participatory work?
So you'll arrive to a small room. It should be black, with 1,000 white cards stuck on the wall. Outside the room there will be some instructions, and inside the room there will be a desk, with some plain cards, a lamp and a desk. Your invite is to go in, and read as many of the cards stuck on the wall as you would like.

Each card on the wall has a question on it. I ask that in exchange for reading the questions, each participant answers one question and leaves their answer in the room. They also select one question that they cannot answer, take it with them from the room and out into the world, where they can be a part of finding an answer. The questions vary wildly: there are 1,000 after all, and some of them can be tough to read. Take your time, be respectful of others in the space, and sit with any and all discomfort. 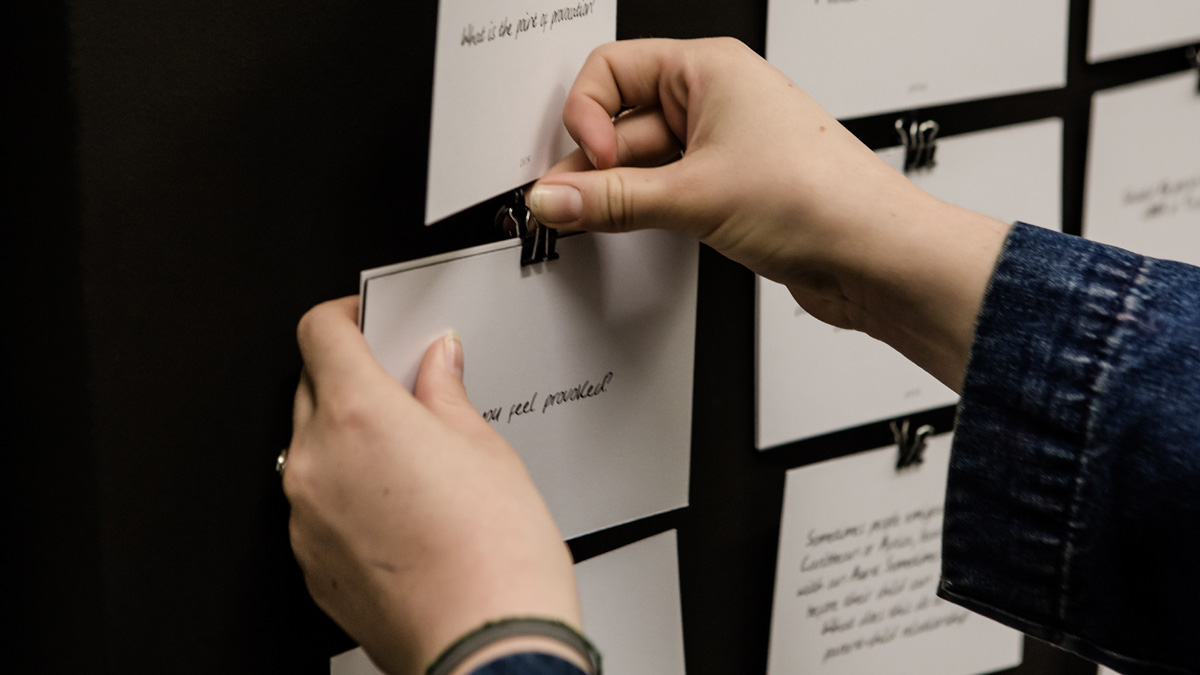 What was your process when deciding the questions for Race Cards?
I sat in a black room in Edinburgh for 24 hours and wrote them as a long continuous stream. It was like a big old purge. Since then I've done some edits to keep them relevant and allow for growth, but it pretty much remains stuck to that original blueprint.

Why questions and not statements?
Because as a queer black woman I am often expected to educate people on race, class and gender. Enough! Time for you to think for yourself. As an artist, the space and the challenge to think is often the best that I can provide.

Your work is often participatory and immersive. Why have you chosen this form to discuss issues of identity politics?
I make immersive participatory work sometimes, but not all the time. It's all about what fits the subject matter. For something like Race Cards (which is about making visible a series of experiences that lived in the body and mind of many POC that white folk never have to deal with, or don't have to deal with to the same extent), something marginally overwhelming in which you have to act feels like the best way.

Do you think men and women’s embodied experiences of living as a POC differ?
Yes definitely. Patriarchy impacts women of colour in a very specific way, this cannot be denied. I think that Gloria, Barbara and Patricia cover this in All The Blacks Are Men, All The Women Are White, But Some of Us Are Brave. 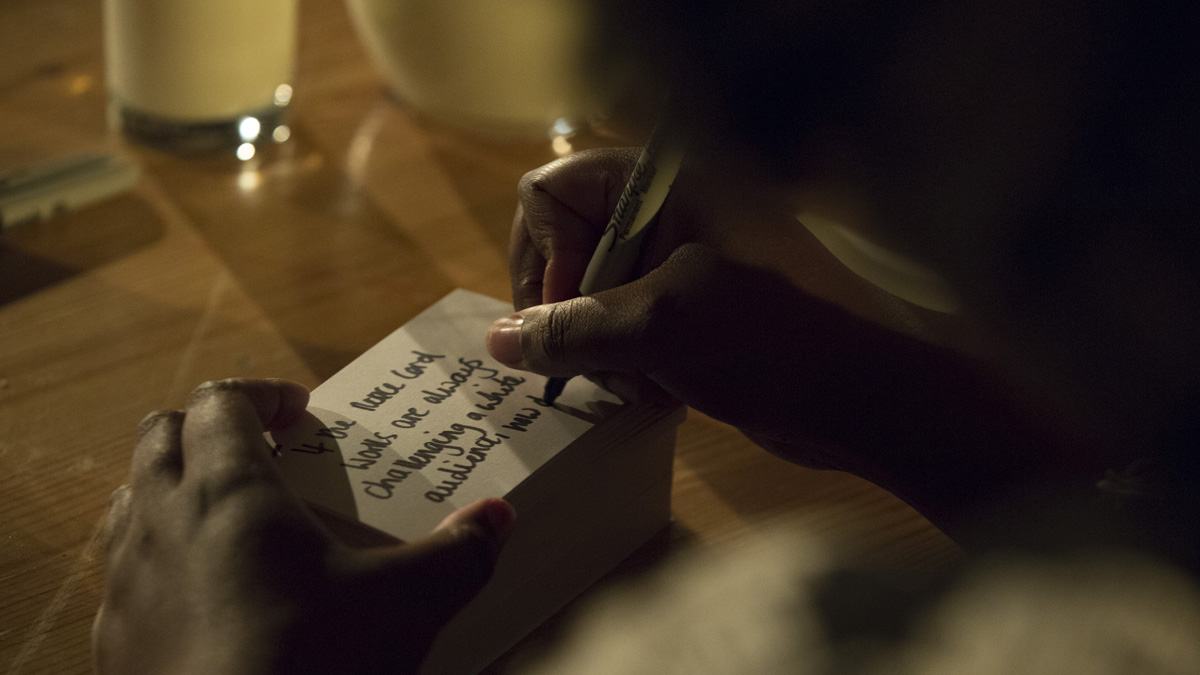 How do issues of feminism and racism overlap?
Oh loads. That is a massive question. I think Audre Lorde covers this best in Sister Outsider.

Do you think social media is an effective platform in facilitating discourse around identity politics?
Sometimes fam, sometimes. It's good for spreading knowledge and making it a bit more democratic and accessible. It's good to hash things out, and you can change people's minds over time. But it works both ways - people with beliefs I find abhorrent are doing it as much as people with whom I agree. It often leads to erosion of terms - radical, intersectional and privilege come to mind - and it is also often appropriated - there are many cases of black women's unpaid work online being appropriated by people writing for money. So like all things, it both gives and takes away.