In 1806, a coachman’s cottage for the Prince Regent’s first wife, Maria Fitzherbert, once stood on the New Road site of what would become the Studio Theatre as we know it today. The cottage was demolished in 1932 and a new building was erected in 1935 as part of architect Robert Atkinson’s Art Deco refurbishment of Brighton Dome Concert Hall and Corn Exchange. As a Grade II listed building, the Studio Theatre has needed essential maintenance work as part of the major refurbishment project.

We spoke to PAYE Stonework and Restoration to find out more about the specialist care they’ve undertaken on the exterior façade of the distinctive heritage buildings. 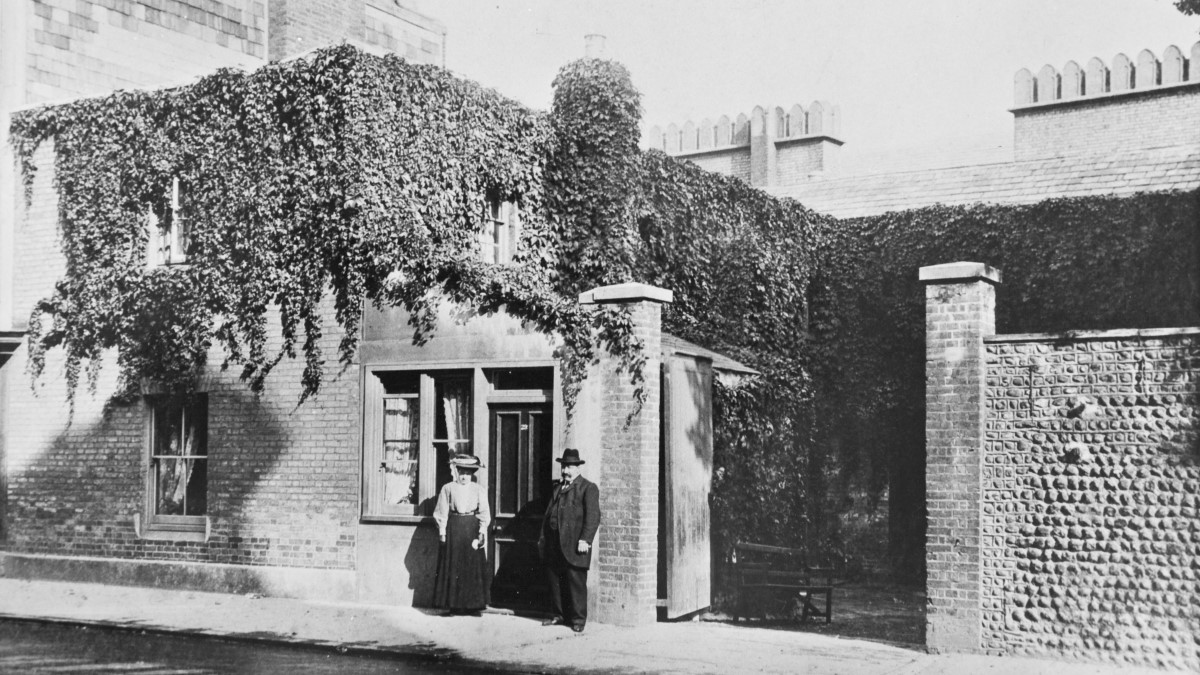 Dome Cottage, which used to stand on the site of the Studio Theatre.

Rob Kember, site manager of PAYE Stonework and Restoration, is reflecting on one of the ironies of successfully repairing the exterior of a historic building – a field in which PAYE is renowned. It restored Windsor Castle following the fire of 1992, while recent projects include Battersea Power Station and Pevensey Castle. “If we’ve done it well, it should blend in,” he says. “Some people won’t even notice that we’ve been there.”

But creating this impression requires considerable experience and skill, which is what PAYE has brought to the restoration of the external surfaces of the Corn Exchange and Studio Theatre over the past year.

The Studio Theatre was added to the Grade I listed Corn Exchange in 1935 as a ‘Supper Room’, with kitchens to serve functions and as extra space for conferences, public meetings and dinners. By the late 1950s, the building had been converted to the Pavilion Theatre and hosted overflow exhibitions from the Corn Exchange, as well as smaller performances, community events and competitions. It was eventually renamed the Studio Theatre in 2012 to reflect Brighton Dome’s arts programming.

The Studio Theatre stands out from other buildings of its vintage for its “unique features and different styles,” says Kember. From the crenelated style windows, to the parapet that runs along the roof, it mimics “the character of the Royal Pavilion and everything around it.” 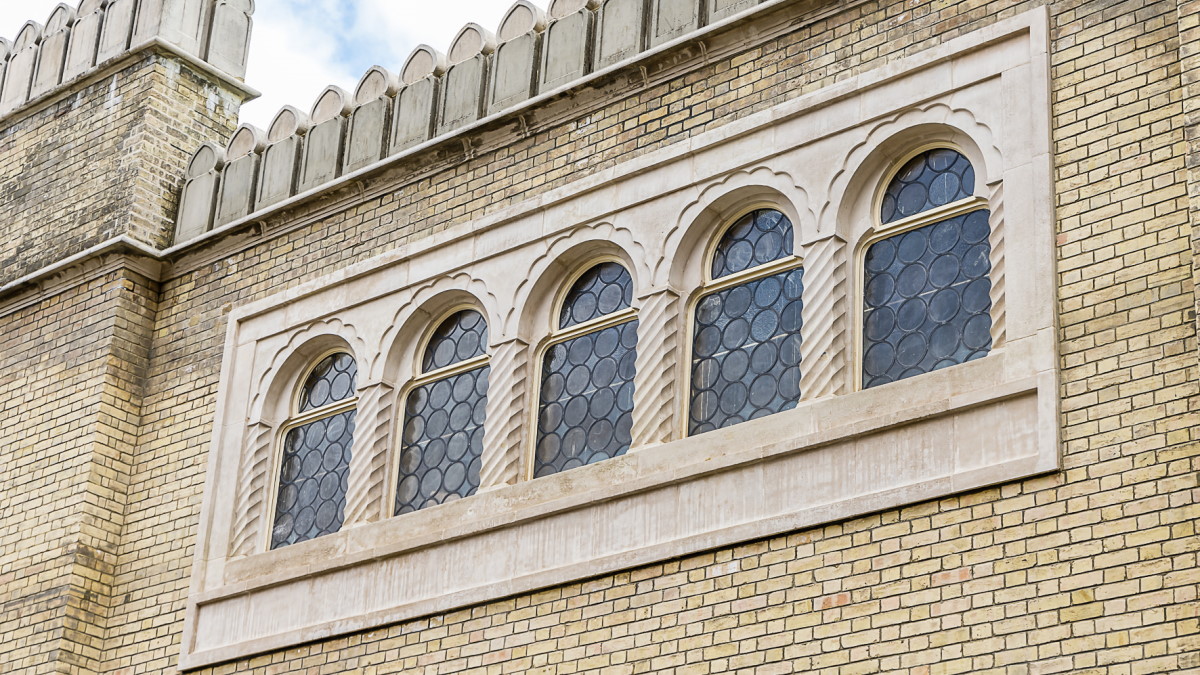 The Studio Theatre's windows mimic the character of the Royal Pavilion.

PAYE worked closely with the project’s architects, Feilden Clegg Bradley Studios, to restore the exterior of the Studio Theatre with “minimal intervention,” says Kember, and to honour its rich history. His team began by cleaning the building with a super-heated pressure wash (essentially a steam clean), followed by a mix of air, sand and water – a conservation method used to remove dirt without damaging the brickwork. 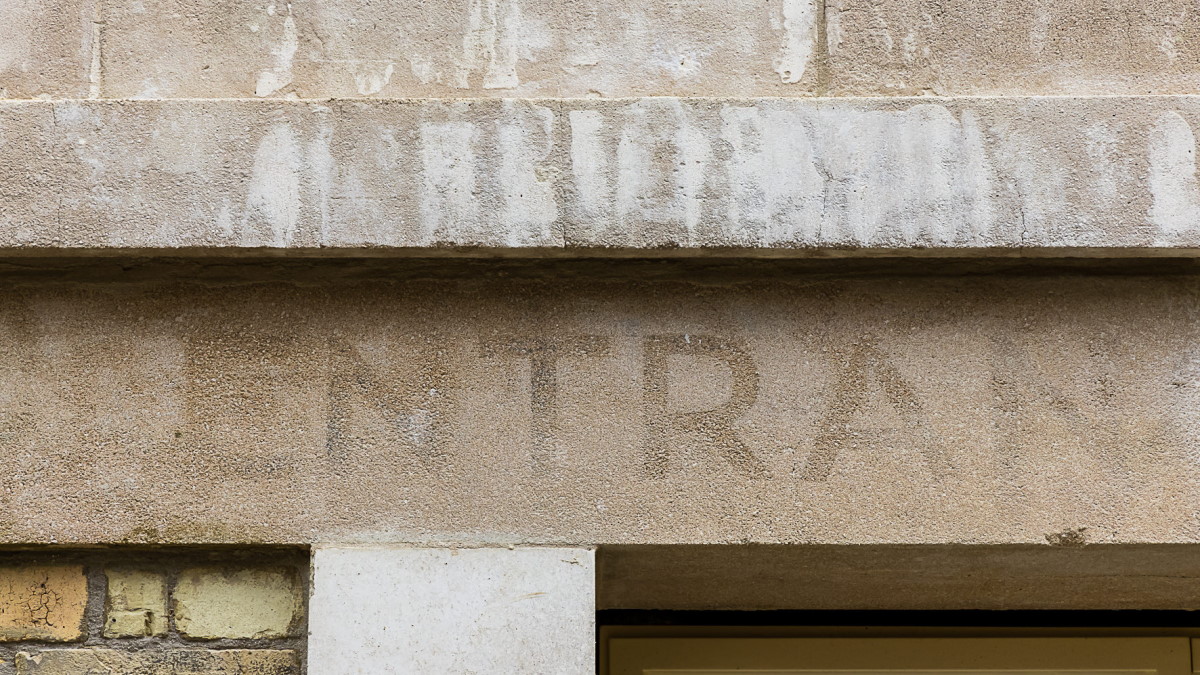 An initial survey of a building will flag up issues to be addressed, “but you would be surprised by the number of further repairs that become apparent once you’ve taken the dirt off the surface,” says Kember. Cleaning the 1930s theatre revealed the need to remove non-stainless-steel fixtures and fittings that had pockmarked the brickwork as they had eroded. PAYE also had to repair water damage caused by the original 86-year old roof which is undergoing essential repairs with a planning application submitted to replace it with a new copper roof.

This Brighton distinctiveness is matched by a combination of “modernish brickwork” and “a lot of reconstituted stone,” Kember says. Where heritage buildings have been constructed from stone sourced from local quarries that have since closed, it can be hard to find the materials for a seamless restoration. In this instance, PAYE were able to identify and colour-match the cement on the exterior of the Studio Theatre and London Reclaimed Brick Merchants supplied the stone.

The many types of brickwork and stone that make this project unique have required a variety of mortar mixes during repairs to the dome, the windows and the walls. And PAYE’s restoration hasn’t only taken into account the theatre’s history and its surroundings; it’s also acknowledged the building’s coastal home. “You’ve got prevailing winds and salt in the air,” says Kember. “So, you have to alter your mortar mixes for added protection.”

The restoration of the Studio Theatre is returning it to its former glory while at the same time future-proofing it for future visitors and artists. For his part, Kember has relished the chance to “get to know more about the history of the place,” he says. “And you feel proud that with our help, something that’s been here a long time could be for standing for hundreds more years to come.”

As we approach the re-opening of our Concert Hall bars this September and look forward to completing the refurbishment of our further two live venues next year, we are seeking to partner with a local brewery or draft beer supplier across our bar facilities. Find out more here.