The Hidden History of the Corn Exchange Timber Roof

Heritage buildings are like detective stories containing hidden clues about how they would have been constructed hundreds of years ago.

During the Corn Exchange’s major refurbishment clues have been found etched into the original timber beams, revealing how the vast single span roof (the largest in the country) was assembled and how its design is of historic and architectural importance. 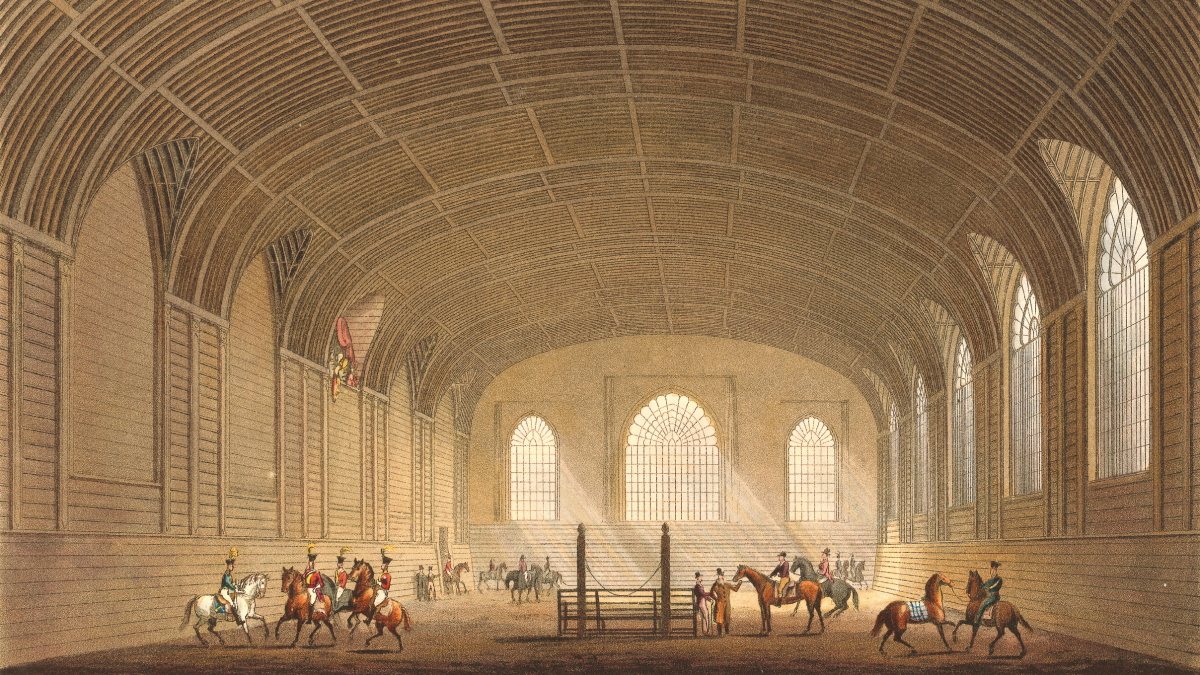 As part of plans to expand his estate in Brighton, the Prince Regent commissioned architect William Porden to draw up designs for a vast new stable block (now Brighton Dome Concert Hall) and riding house (Corn Exchange) for his much loved horses.

High above the Corn Exchange floor and invisible to the eye, the carpenters’ marks would have guided the workers constructing the arched timber roof, every bit as bold and innovative as the glazed roof in the circular stables next door. The main five sections have been longitudinally stiffened and are strong enough to bear the weight of the slate tiles above without other internal support. 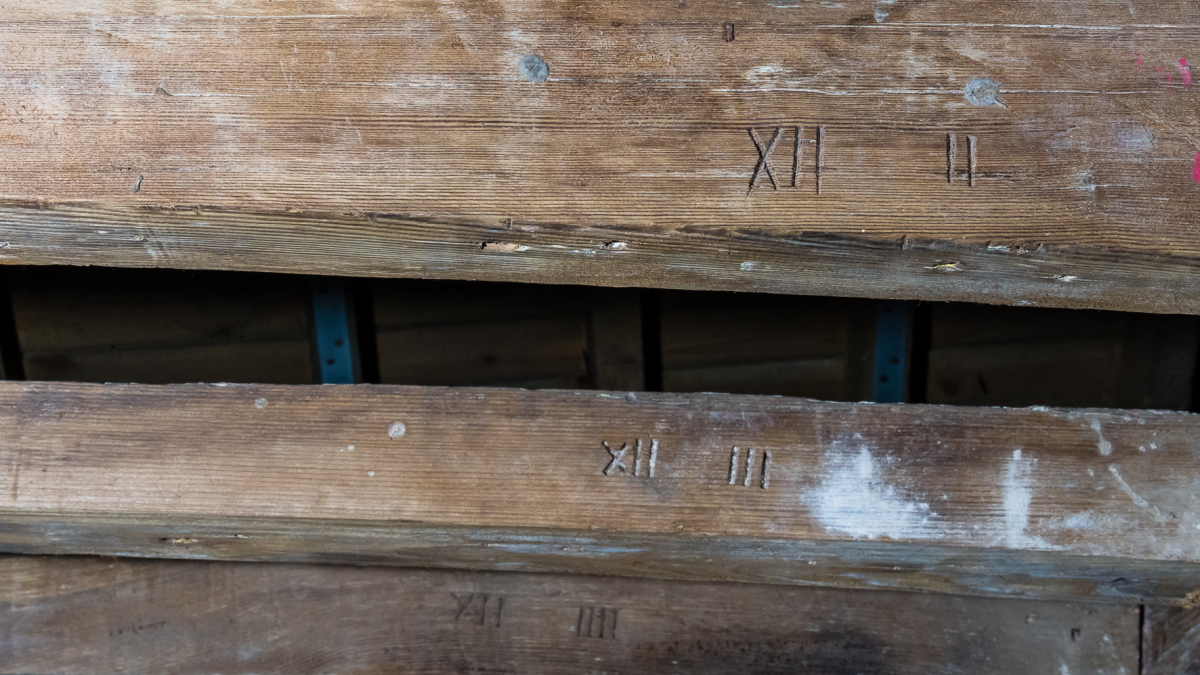 A clearly marked sequence in the Corn Exchange roof: XII II above, XII III in the centre and XII III below.

Since medieval times carpenters have used a system of marking wood with Roman numerals when the timbers are laid flat on the ground. This enabled the workers on site to interpret the overall plan of construction, similar to how we read instructions to assemble flat-pack furniture today. The timbers were cut and fitted together securely with appropriate joints, before the heavy task of lifting them into position 14 metres above the ground. The various components needed to be identified so they were assembled correctly and in the right order. The first number might refer to the section and the second number the sequence. You can sometimes find these marks in older, more modest timber-framed buildings, like barns or in cottage attics. Closer inspection reveal how the building was erected and whether there was any alteration or damage to the original structure.

It’s unsurprising that the buildings took five years to complete (1803-1808) and at a staggering cost of £54,783, almost bankrupting the Prince in the process. The enormous timbers for the single span roof were imported, although Napoleon’s blockade of Baltic ports meant that there were delays in completing the work and contractors fell into debt because of late payment. But where the timbers were sawn and jointed and how they were transported to Brighton remains a mystery, demonstrating that there are still questions to be answered in the story of the hidden history of the Corn Exchange.

The restoration of the original timber frame by project architects Feilden Clegg Bradley Studios and contractors is a fitting tribute to all of the nameless men and women who would have worked so hard to construct this magnificent building.

Thanks to heritage volunteer Judy Woodman.

Find out more about the Corn Exchange refurbishment here.