Two more burials, believed to be 200-300 years old, have been uncovered at the historic Quaker’s Croft site which was discovered earlier this month during redevelopment work at Brighton Dome Corn Exchange on the city’s Royal Pavilion Estate.

This recent discovery - thought to be the final remaining burials on-site – was made following the latest phase of ground levelling work which has been carried out underneath the area formerly used as the venue’s mini conference room.

A total of 18 burials - along with a group of disarticulated remains - have now been discovered on the site. The remains have all been carefully exhumed and removed by a team of archaeologists from Archaeology South-East and are now being cleaned at their offices where the team will carry out the initial assessment of the individuals.

This study will consist of assessing sex and age as well as calculating stature and diagnosing any evidence of disease that might have affected the population during life. Decisions are still to be made as to whether the remains will be reburied, or stored for longer term curation and study.

The remains are from a Quaker burial ground within a plot of land formerly known as 'Quakers Croft'. This burial ground went out of use before the Royal Pavilion Estate was built, and before the Quaker meeting house moved to its current location in Meeting House Lane in 1805.

The work at the historic Brighton Dome Corn Exchange is part of an ambitious project to restore and reunite the Royal Pavilion Estate buildings and gardens. Phase one of this project - a major refurbishment of the Corn Exchange and Studio Theatre - will restore long-lost heritage features as well as provide new, state-of the art facilities. Discover more about the project and our future.

Dr Michael Shapland from Archaeology South East will be speaking about the burials and other archaeological finds from the site in ‘From Quaker Cemetery to Great War Hospital: New Archaeological Discoveries at Brighton Corn Exchange’ on Sunday 10 September (1-2pm) as part of our Heritage Open Day at Brighton Dome. 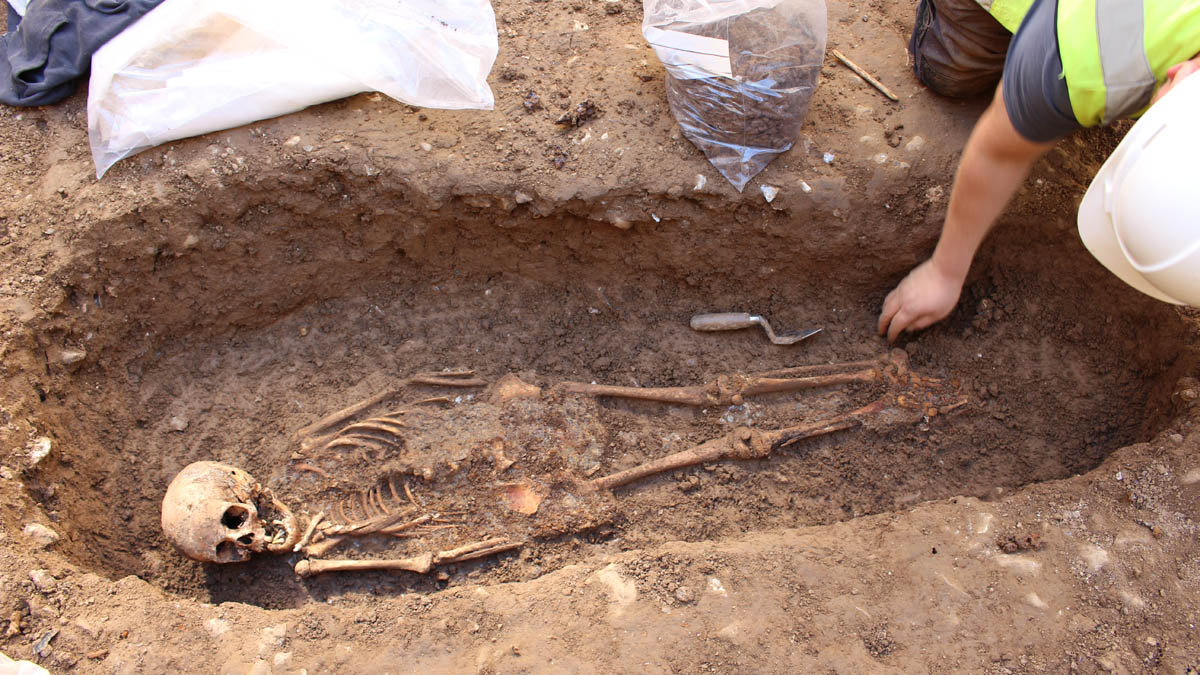