Part I – The incomparable Wolfgang
Casals Ode to Peace
Mozart Overture: The Magic Flute
Mozart Concerto for Piano No 21

For its UK debut concert, the Geneva-based United Nations Orchestra is joined by the celebrated British pianist Freddy Kempf for a performance of Mozart’s joyful Piano Concerto No 21.

The second half is devoted to music from the great English orchestral heritage. Vaughan Williams’ rapturous setting of three English folk songs is followed by his quirky and ingenious Tuba Concerto.

Elgar’s poignant Nimrod from Enigma Variations and, from his Pomp and Circumstance set, the wistful yet inspiring March No 4 and the great uplifting March No 1 bring the concert to a triumphal conclusion.

The United Nations Orchestra performs all its concerts for humanitarian causes and profits from this event will be donated to UNICEF’s war orphans rescue programme. 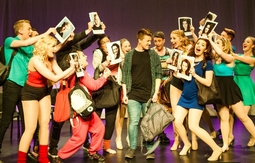