UK based, Electro-pop cohorts CHVRCHES head to Brighton to make music you can dance all night long to.

Every Open Eye is the follow up to the band’s breakthrough debut album The Bones of What You Believe, released in autumn 2013 to widespread acclaim and selling over 500,000 copies. The Brit Award nominated band clocked in 364 shows in 2 years, selling out venues across the world and making signature appearances at SXSW (where they were awarded the inaugural prize for best new act in 2013), Glastonbury, Coachella, Lollapalooza, Reading & Leeds, and myriad others

50p of each ticket will be donated to Amnesty International

UNDER 14s MUST BE ACCOMAPNIED BY AN ADULT 18+ 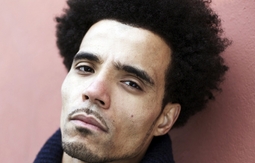