'I first became aware of Jamie Lawson a few years ago, after hearing his track 'Wasn’t Expecting That'. I very rarely get emotional over a track, but that song stopped me dead.' - Ed Sheeran

Last year, Jamie was announced as the first signing to Ed Sheeran’s own label Gingerbread Man Records. In the whirlwind that followed, Jamie toured with Ed across the world, went from playing to 150 people at London’s Barfly to supporting One Direction on their final full UK arena tour. His self-titled album, released in October 2015, reached #1 in the UK and has sold over a quarter of a million copies worldwide. Furthermore, his juggernaut single Wasn’t Expecting That has to date sold over 400k copies in the UK.

The road to overnight success is often far longer than people assume, but for Jamie Lawson, the journey was an epic one. It took time for him to find his voice, and even longer to hone his songs, which recreate a key moment, an emotion or even a whole lifetime in sparse, poetic language that connects in a very direct and powerful way. And though he quickly found a core, loyal following who have sustained him throughout, only now is that starting to blossom into something far bigger. But music this lovely is worth waiting for. 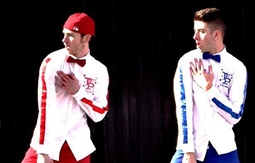