'This guy is a radical genius' Time Out

Dutch comedian Hans Teeuwen will bring his new show Real Rancour to Brighton Dome. After a six- year absence from these shores Hans will be performing his apocalyptic stand-up to audiences across the UK. His gloriously divisive approach takes in stand-up, clowning, vaudeville and Dadaist storytelling.

Teeuwen's UK performances between 2007 and 2010 were heralded by audiences and critics as fresh and thrilling, shaking the comedy community into a frenzy of excitement:

'It really is exactly what it looks like. A grown man, in a suit, with a sock on his hand, mashing up a Mars bar ... the FUNNIEST thing I’ve ever seen in my life.' Bridget Christie (in the Guardian)
'Hysterical, unsettling and a devil of a good show' ★★★★★ Guardian
'If there are still tickets left by the time you read this, go and see him – you’d be mad not to spend some time with' this breathtaking performer' ★★★★★ Metro
'Unique' ★★★★★ Edinburgh Evening News
'An exercise in shock and awe' ★★★★ Independent 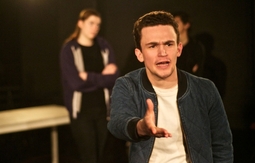 Firecracker Masterclass: How to Be A Soap Star 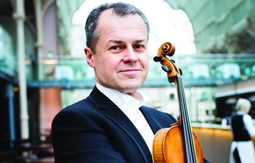