Our regular SPECTRUM series in association with Resident is back in full force bringing you the freshest talent from all corners of Brighton’s vibrant music scene.

See More from Series
2016
Past Events
More from SPECTRUM

Cultivating your own network

Building up your fanbase, your own community, building collectives.

Collaborating with different venues including art spaces or being part of for e.g. fashion shows, more unusual settings or events..

Not having to be pigeon holed, making income as a musician through other ways; publishing, adverts, film, dance, theatre…

Getting a deal, getting an agent and a manager, doing the tours…

As well as residing as Head of Business at BIMM, Phil has been an artist manager for 25 years. Starting out with The Levellers, he helped them set up the Metway music complex in Brighton and Beautiful Days festival in Devon, as well as achieving one platinum and six gold albums. Other past and present clients include Longpigs, Aqualung, Sweet Billy Pilgrim and Duke Special. He was one of three people who founded The Great Escape festival, and was Vice Chairman of the Music Managers Forum for eight years. Phil is also a classically trained bassoonist.

Debbie has been working as an international booking agent for 9 years, and works alongside the director of LittleBig Agency, booking shows for acts such as Aphex Twin, Autechre, Battles, Jon Hopkins, 65daysofstatic, Oneohtrix Point Never, and many more.

Lauren is the Coordinator for gigs at Southbank Centre (London). Working on festivals such as Meltdown and Alchemy, programming the Royal Festival Hall as well as the free programme, showcasing emerging artists.

Julian is the Managing Director of Raygun, a Brighton based management company, record label and music publisher who work with artists including Luke Sital-Singh, The Wytches, The Xcerts, Paul Steel and TRAAMS, Demob Happy, Tigercub and Dream Wife. He’s built the company by developing a talented group of artists in a spirit of togetherness. Previously the guitarist in Toploader, Julian has seen everything the music industry can throw at you and bases his approach to artist development on these experiences.

DIY artist and avant - pop priestess Bunty co - runs Beatabet label and collective. She is also vocalist for leading UK dub act Resonators, junk -hop trio Le Juki and artist in residence for Miss Represented and Audio Active. She co- curates WTF arts festival and is about to open a new creative hub and venue in disused pub The Rosehill (previously Rosehill Tavern) . She has been heralded as Brighton's rising star by radio 3's Nick Luscombe and continues to twist and turn her way through creative terrains without compromising her creativity as a prolific artist. She has been supported by Battersea Arts Centre, Spectrum, Arts Council England, Pledgemusic, PRS foundation and continues to develop her network. Bunty recently released her album Multimos, alongside which she created a brand new AV ensemble and dazzling AV live show featuring the bespoke visuals of VJ metaLuna.

If you are a musician interested in the Seminar, but unable to come to the event, you can come to the seminar without buying a wristband for the whole day.

If you do wish to come for the whole day you will need to buy a wristband, £8 from the Brighton Dome ticket office or website, or from Resident. 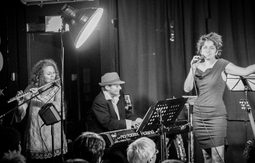 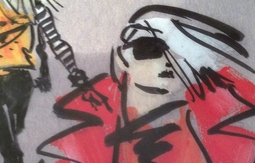