'So hilarious, flirty and gorgeously filthy that it's hard to decide if you want him as a new best friend or a lover' ★★★★ Sydney Morning Herald

Expect intimate secrets and raucous anecdotes, all delivered with disarming emotional honesty as well as his own, very personal reinterpretations of the songs he loves to perform – by Kurt Weill and Noël Coward, Stephen Sondheim and Rufus Wainwright, Lady Gaga and Katy Perry.

He is joined by his long-time collaborator and Emmy-winning musical director Lance Horne.

'He's an icon to behold -- he is unapologetically himself, and with a talent like that, he has no need to apologize' ★★★★ Billboard

'This is cabaret as confessional; a show that unpicks its star’s personality.' ★★★★ Financial Times 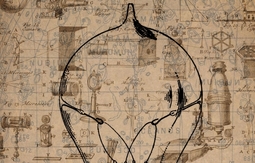