'A winning performance from a skilled storyteller' ★★★★ The Stage

Told through spoken word and within timed boxing rounds, Until You Hear That Bell is a story about amateur boxing and family. It’s about doing something for ten years, and slowly getting good at it. A story about dealing with pressure. Physical danger, family responsibilities, doing well at school and having no clue what is coming next.

'Until You Hear That Bell is a real testament to the power of the spoken word...a short but powerful piece that will resonate with anyone who’s ever worked hard in pursuit of a dream. ' ★★★★ London Theatre

Until You Hear That Bell was commissioned by and developed at Battersea Arts Centre.

SCHOOLS TICKET OFFER – COMBINED SCHOOL TICKET: Until You Hear That Bell & Layla’s Room £10 for both shows

Age 14+
*There is a £2.50 per order charge for all phone and online bookings (not applicable to Brighton Dome & Brighton Festival members). Plus: 60p standard post, £1.75 signed for mail. 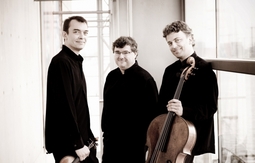 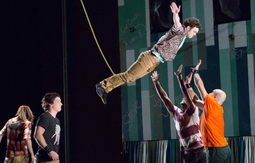 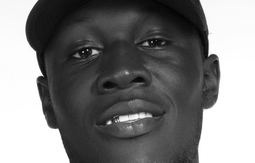