This month's SPECTRUM celebrates the singer-songwriter in a gorgeous night of stripped back sets.

'This tremulous-voiced troubadour could be a British Bon Iver, destined to take folk traditions in unexpected directions' The Guardian

With his long-awaited debut album The Fire Inside released last month on Parlophone, the hotly-tipped singer-songwriter Luke Sital-Singh embarks on a nationwide tour before headlining SPECTRUM this September, with a special strip backed set.

Recently seen at the first 6 Music Festival on a bill headlined by Damon Albarn as well as at Communion’s New Faces tour, Sital-Singh’s recent show at Oslo earned a glowing review from the The Times who stated: 'A show-closing segment during which he was backed by a ten-strong contemporary choir was magnificent… Even in a tiny venue, you could imagine a field of festival goers taking the choir’s place.'

Born the son of a carpenter, Sam spent his early life working for his dad’s carpentry business before enrolling in the famous Laban Dance School in London. It was during his time training as a dancer he decided he wanted to be a musician, when he was overheard singing at the piano by a notorious German choreographer. 'You are heavy bodied, You should try being a singing character on a stage, not a dancer'. He hasn't forgiven her to this day.

Elin Ivarsson combines her roots in classical guitar with the honest and to the point sensibilities of traditional folk song writing. Influenced by playing and performing both back in Sweden and her adopted home-town of Brighton, Elin’s style is in parts sparse, intricate and beguiling.

Elin recorded her self-titled debut album earlier this year and it will be released on Brighton based Hidden Trail Records in early 2016.

We love music and know how much talent there is locally, which is why we joined forces with Brighton’s favourite record shop Resident to create the Spectrum project.

Each season we present musicians from all corners of the Brighton music scene in our Studio Theatre.

Supported by The Pebble Trust
*There is a £2.50 per order charge for all phone and online bookings (not applicable to Brighton Dome & Brighton Festival members). Plus: 60p standard post, £1.75 signed for mail. 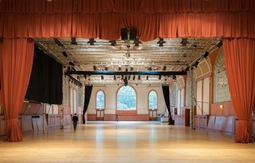 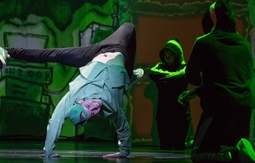 Into the Hoods: Remixed - Touch Tour 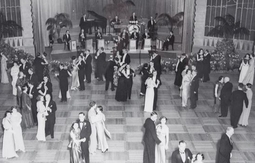 Take a look at our Brighton Festival deluxe screen prints