From Beethoven to Scottish Folk Music, Brighton Dome’s Coffee Concerts feature a diverse programme played by talent from across the country at Attenborough Centre for the Creative Arts.

The monthly events bring ensembles of award-winning musicians to University of Sussex’s Falmer arts hub with relaxed Sunday morning concerts. The programme, in association with Strings Attached, includes artists new to the series as well as familiar faces, such as Brighton Dome Associate Artists the Heath Quartet.

Through the CAVATINA Chamber Music Trust, there are a limited number of advance free tickets to young people aged 8-25. Brighton Dome is delighted to work with the scheme with the aim to develop the next generation of music lovers. Savings can also be made by buying full or half season tickets, offering the opportunity to enjoy the whole series at the best value.

Mithras Trio came together in 2017 while studying at the Guildhall School of Music and Drama. In the last two years they have won the 67th Royal Over-Seas League Music Competition and the Cavatina Intercollegiate Chamber Music Competition 2019. The piano trio open the series this Autumn on 20 Oct with Mozart, Fauré, Helen Grime and Beethoven.

In 2013 the Heath Quartet became the first ensemble in 15 years to win the prestigious Royal Philharmonic Society’s Young Artists Award and since then have been earning a reputation as one of the most exciting British chamber groups performing today. The group made its Brighton Festival debut in 2010 and have graced the stage of Brighton Dome on numerous occasions. 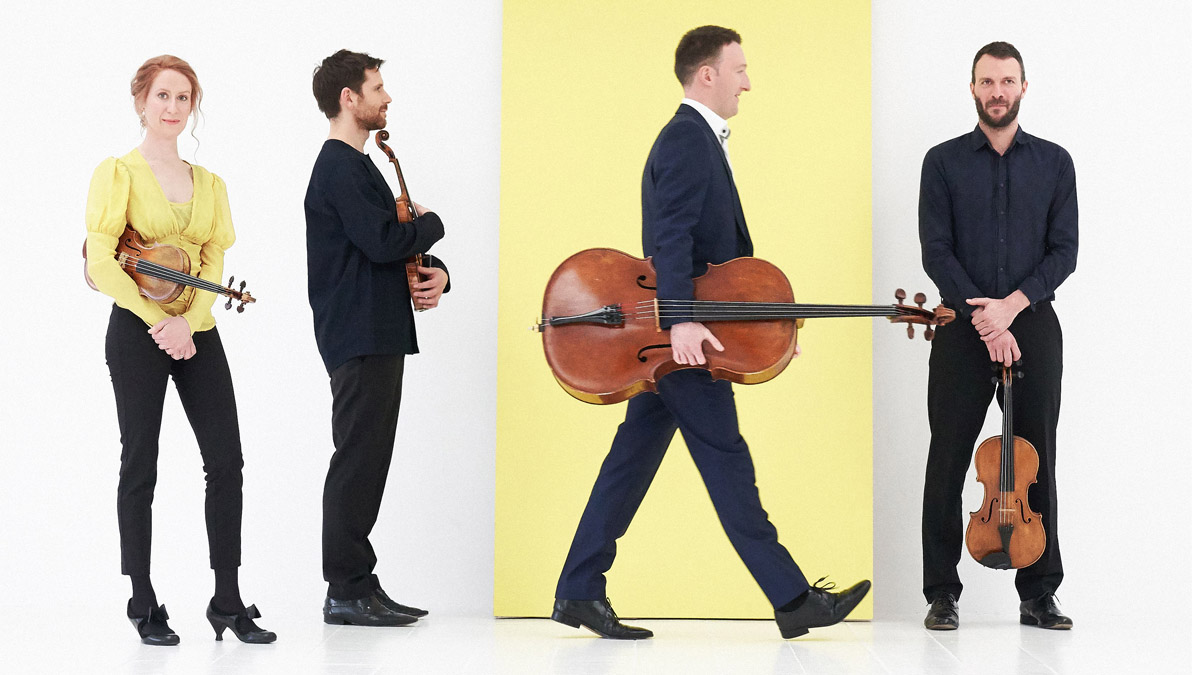 The Endymion Horn Trio celebrate the group’s 40th anniversary this year. The ensemble was formed in 1979 and have retained most of its original players including some of the best chamber musicians in Europe such as Mark van de Wiel, Melinda Maxwell and founder of the Chineke! Foundation, Chi-chi Nwanoku MBE.

On 23 Feb, Wigmore Hall regulars the Castalian Quartet take to the stage performing Schumann, Janáček and Brahms, with their ‘abundant mega talent in works great and small’ (The Arts Desk, 2018). The string quartet look forward to its return to Wigmore Hall for a Brahms and Schumann cycle this season and in 2020 it will give its Carnegie Hall debut.

The Maxwell String Quartet bring a strong connection to their Scottish folk music heritage on 8 Dec. As well as performing live concerts, the award-winning quartet is often featured in BBC Radio 3 and BBC Radio Scotland broadcasts and can be found regularly giving workshops and playing for schools and children.

The Coffee Concert series ends with a final performance on 22 Mar in a concert with previous BBC New Generation Artists, Aronowitz Ensemble, playing Schubert, Beethoven and Elgar. In 2008, the ensemble made its BBC Proms debut and has since returned for further performances at the Proms.

Mary McKean, Chair of Strings Attached says ‘Working with Brighton Dome, Strings Attached is proud to support the chamber music scene in Brighton. It's a tremendous partnership which highlights exceptional ensembles and provides concerts to loyal and appreciative audiences. The 2019/2020 coffee concert programme is, as always, absolutely fascinating including top-flight piano trios, string quartets and a horn trio. While no chamber music programme would be complete without Haydn and Beethoven, the season also includes chamber music by Janacek, Elgar, Faure, Brahms and Schumann and features pieces by less well-known composers, Roukens and Grime. This year, we are celebrating the ninth anniversary of the Sunday morning concerts and we are looking forward to seeing our friends and members each month, as well as welcoming new audiences into our folds.’