Interview: “I think our attitudes to sex and bodies need to get out of this weird dichotomy of pornographic obsession and residual Victorian prudishness.”

We spoke to Vanessa Kisuule ahead of her show Sexy, a funny, fretful and fearless dive into the seriousness and silliness of sexiness through comedy, spoken word, dance and various states of undress.

Where did the idea and inspiration come from?

In all honesty, I have been obsessed with this topic my whole life and I think a lot of us are - especially women. It’s a natural human urge to want to be valued and desired - how that has manifested politically and how that has been co-opted to make us simultaneously dissociated and obsessed with our bodies and sex is fascinating. The politics of how women have been used as sex objects and how they have also found the agency to use their sexuality for their own means throughout history and culture is a huge and compelling topic. This show isn’t about blankly lambasting the idea of sexiness as frivolous or anti-feminist. It’s a celebration as much as it is a critique of these ideas. I also love mid noughties R&B music videos and am so glad they feature so heavily in the show.

Why do you think it’s an important story to tell – particularly now?

I think the conversation around these things is often dangerously binary - I wanted to delve head first into the contradictions of it and also the contradictions that I have within myself. As feminism has gained popularity in the mainstream consciousness (which, for the most part, is a good thing) it’s easy for things to become all soundbite and no substance. It’s easy enough to shout slogans and say right on things but what do we do with the fact that we are still very confused, scared and conflicted humans whose urges and fears don’t always align with our political leanings?

What do you hope people will take away from the show?

To have some goddamn fun with their bodies and their sexuality - yes, it’s important to be incisive and critical but I also hope the show has an underlying sense of release to it. I want people to walk away feeling empowered to work out a framework for ‘sexy’ that makes them feel good and happy and free.

What sort of person is going to most connect with this show?

I am a woman and I am a woman of colour - I believe this show speaks specifically to that experience in ways that will connect with people from that demographic in a particularly strong way. That said, I would never claim to speak for all women or black women and I also believe there is universality in specificity: the essential themes of fear, of confusion, of awe and joy and fun and whimsy are things that anyone with a pulse could hopefully find interest in.

I believe anyone on the planet living as a woman is not surprised by these revelations - we knew and have always known that these things were happening in the shadows and in plain sight. It is not a revelation to us - and that is what is so heavy and sad about it all. A domino effect is currently happening that gives the false impression that we are in some sort of epidemic or ‘witch hunt’. I believe that we are finally moving from a culture of silence and complicity to a culture of culpability where women feel that they might be met with compassion and support - so of course generations of violent misconduct has come to the fore. It is overwhelming and scary but very necessary.

It doesn’t change how I feel about the show because I have always known and felt the weight of a society where men have been given the institutional, financial, cultural and social power to use women for their own sexual ends. I feel that these revelations serve the purpose of getting people to understand that this cannot be seen as just a women’s issue anymore which can only be a good thing.

When did you become aware of/interested in feminism? Are there any particular writers/thinkers/activists/artists that inspire you?

Can’t pinpoint an age, and I guess by virtue of being raised by a supremely intelligent and self-sufficient mother I’ve always been aware of it before I knew it had a name. I think my first introduction to overtly feminist literature was The Beauty Myth by Naomi Wolff. I really like The Vindication of The Right Of Woman, it’s dazzling how ahead of its time that book was. I also like Margaret Atwood, Audre Lorde, Chimamanda Ngozi Adiche, Roxane Gay, Hollie McNish, Salena Godden, Warsan Shire and I’ve found lots of inspiration in the burlesque scene recently: Rubyyy Jones, Perle Noir and Hot Brown Honey from Australia are amazing. I especially love Bonnie Knockers’ who has a routine where she bleeds all over a pair of pure white evening gloves and reveals a pair of bejewelled nipple tassels fashioned like used tampons.

What role do you think the increasing prevalence of social media plays in women’s relationship with their bodies/sexuality?

It’s a double edged sword. Unlike when I was a kid/teenager, where TV and magazines felt fairly pervasive but at least were fairly consigned to distinct slots of leisure time, the constant onslaught of social media updates and the effect it has on women’s psyche is pretty disturbing. The endless scrolling through filtered Instagram images is hugely conducive to dysmorphia, especially when you add the constant chase for likes and approval. We all know these images are highly curated, posed and edited and yet the pressure to look a certain way prevails and is perhaps even stronger in certain respects. BUT I do love the inherent democracy of social media. The fact that anyone can post themselves and their thoughts up means that there are so many powerful avenues of alternative outlooks and body positivity to discover.

As a WOC, I have found it incredibly affirming to follow other WOCs and see how they do their hair and make up and have felt a huge surge in my confidence and self worth. The magazines I grew up reading didn’t reflect me or any sense of beauty or validity that I might be able to carve out for myself, but the internet has provided that tenfold. Same goes for plus size women, trans and non-binary people… anyone who doesn’t fit a prescriptive ‘norm’. Social media can create really powerful and positive communities for people that otherwise might not have any positive reflections of themselves in established media outlets. 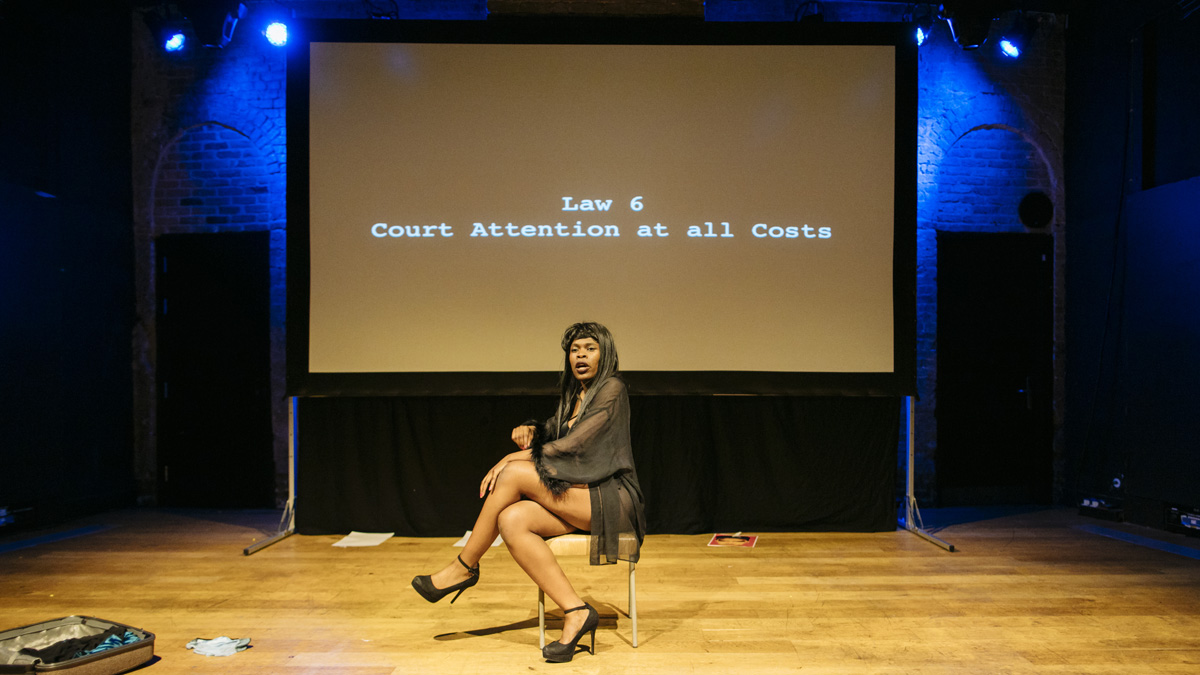 How do you think we can challenge notions of what constitutes ‘sexiness’? Do you think (non-traditional) role models are important for women negotiating their own idea of sexiness?

I think our attitudes to sex, sexiness and bodies need to get out of this weird dichotomy of pornographic obsession and residual Victorian prudishness. We live in a world of endless and freely available free porn, incessant and aggressive sexual marketing and culture and yet our attitudes towards actual intimacy, self possession and the unvarnished naked body are incredibly repressed and backwards. We simultaneously teach women to constantly think about sex (and whether people want to have sex with us or not) and yet demonise women who openly enjoy it or make money from it. We mock women for spending so much money on clothes, weight watching regimes and make up and come down like a ton of bricks on women who are fat, not traditionally feminine or leave the house make up free.

We can challenge all this by starting conversations with kids from a young age - we then save ourselves the far more arduous task of re-wiring deeply set narratives in grown adults. We can also teach people that their bodies are their own and not a site for other people to project their assumptions, fears, twisted desires or beauty standards. I think when people carry themselves with this knowledge, sexiness can truly become the multi-faceted, gooey, intangible and brilliant beast I know it can and should be.

You can book tickets for Sexy (The Basement, 17/18 Nov) here. Vanessa is also hosting a workshop for self-identifying women and non-binary people on Sat 18 Nov, 12pm.