Who were the suffragettes found hiding in Brighton Dome's organ?

Brighton Dome was an important centre of activity for Brighton members of the Women’s Social and Political Union (WSPU) in the early twentieth century, with suffragette leaders Emmeline and Christabel Pankhurst, Emmeline Pethick Lawrence and Lady Emily Lutyens at the forefront of the WSPU.

In 2018, Brighton Dome was officially recognised as one of the 41 buildings across England that were at the centre of suffragette action.

In January 1910, two suffragettes, Brighton-local Eva Bourne and high-profile activist Mary Leigh were arrested at Brighton Dome, after being discovered hiding inside the organ, intending to interrupt anti-suffrage Prime Minister Asquith’s speech. The discovered women displayed a sparky sense of humour, as The Argus reports: ’We are thinking of bringing a counter-charge about the horribly dusty condition of the organ’, remarked one to an Inspector with a twinkle in her eye. 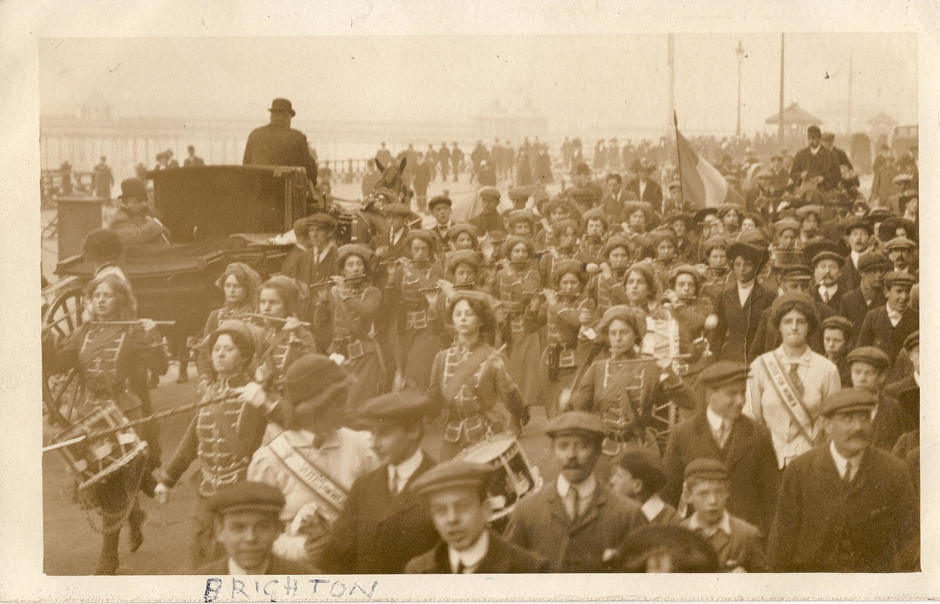 Suffragette, Mary Leigh had a national reputation for militant activities and was known for being frequently imprisoned. Mary was involved in the tactic of breaking windows of government buildings, taking part in demonstrations and protests outside the House of Commons, and during 1908 had spent more than six months in prison. She had already been arrested and appeared in court several times in London, Birmingham and Liverpool.

Her visibility was increased when she became drum-major of the WSPU drum and fife band which often accompanied processions and demonstrations, including at least one in Brighton. The band marched to Holloway to serenade hunger-striking suffragettes.

Prime Minister Asquith was a frequent target of suffragette activity because he did not support the votes for women campaign. In 1908 Mary was sentenced to two months in Holloway with hard labour for breaking his windows. In 1909 she was involved in tearing up and throwing roof tiles in Birmingham in protest at being excluded from a meeting where Asquith was due to speak. She went on hunger strike in Winson Green Prison and endured forcible feeding. Three years later, she threw a hatchet into his carriage in Dublin and started a fire at the Theatre Royal where Asquith was scheduled to appear. 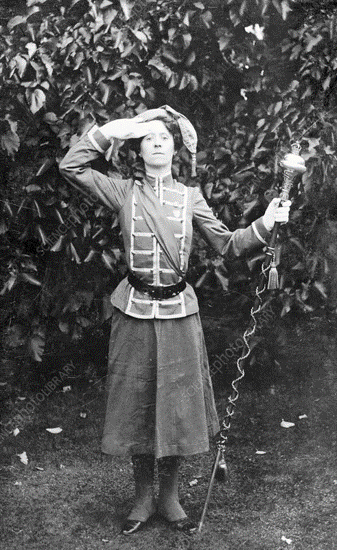 After the war, she was again imprisoned for giving a policeman a black eye when she was arrested for chalking a pavement to advertise a meeting in Hyde Park. For many years she attended the annual Emily Davison Pilgrimage and carried the purple, white and green tricolour that had been draped on Davison’s coffin in 1913 at the first Aldermaston March in 1958.

Despite the toll that imprisonment, hunger striking, and forcible feeding had on many suffragettes, Mary Leigh lived on into her 90s, passing away in Stockport in 1979.