Most Haunted: The Ghosts of Brighton Dome’s Past

Gather round! This Halloween, we thought we’d share with you some eerie tales from our storied past, of ghosts and ghouls, mysterious moments and paranormal sightings on the Royal Pavilion Estate. Our venues have seen a lot in their 200 years of history; as the Prince Regents stables, host to a military hospital during World War I and they were originally built over a Quaker cemetery. With a past like ours we can't help but wonder, are we one of the most haunted venues in Brighton? 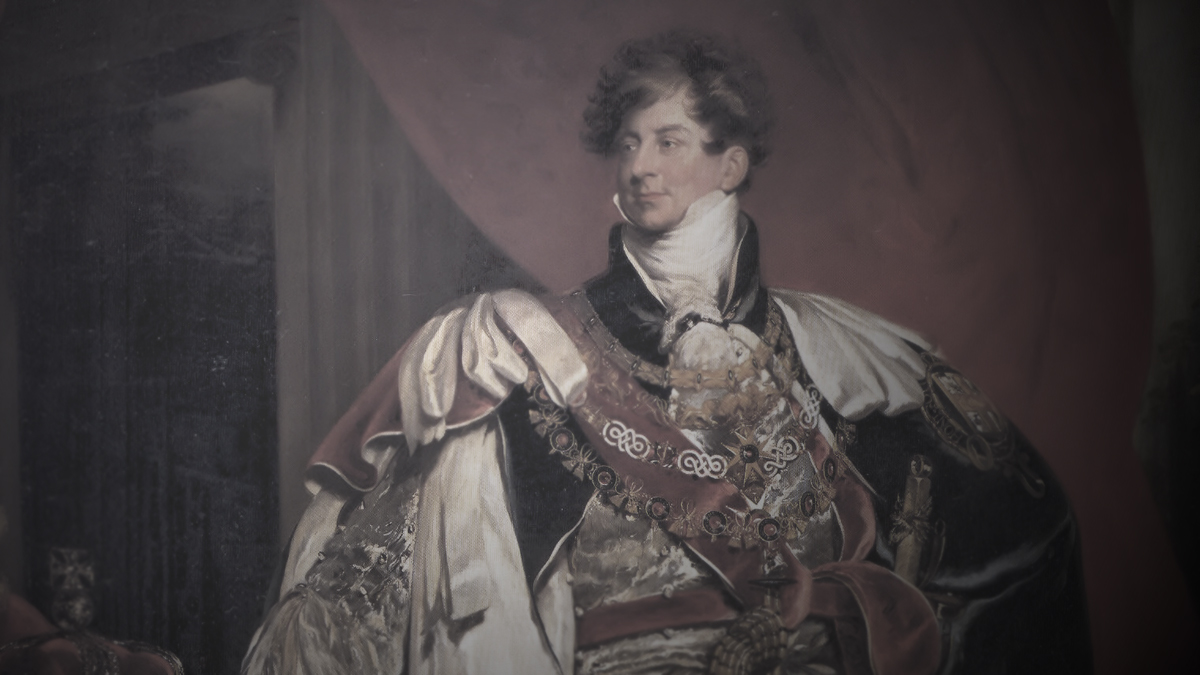 A member of staff from the Royal Pavilion was walking through the secret tunnel between the Royal Pavilion and Brighton Dome when the ghost of Prince Regent (or King George IV) appeared in front of him. It is thought that in this tunnel the Prince’s ghost is joined by his first (although illegal) wife Maria Fitzherbert or other mistresses.

The White Lady of the Dome

Over the years, staff and performers at Brighton Dome have seen a phantom lady dressed in a long white dress around the building, particularly at night or during rehearsals. Her identity is unknown, but some report that she could be either Martha Gunn or Maria Fitzherbert.

Between WW1 and WW2, Mr James Martin, an employee of the Royal Pavilion was organising catering for a large banquet one night when he saw a dark figure of an elderly woman appear from the kitchen and start to pass by the tables, seemingly determined to reach the top table. He tried to approach the figure, but it kept evading him until vanishing through a door into the corridor, but no-one in the corridor had seen anything. Mr Martin later came across some historic files of Brighton and recognised the woman as Martha Gunn. 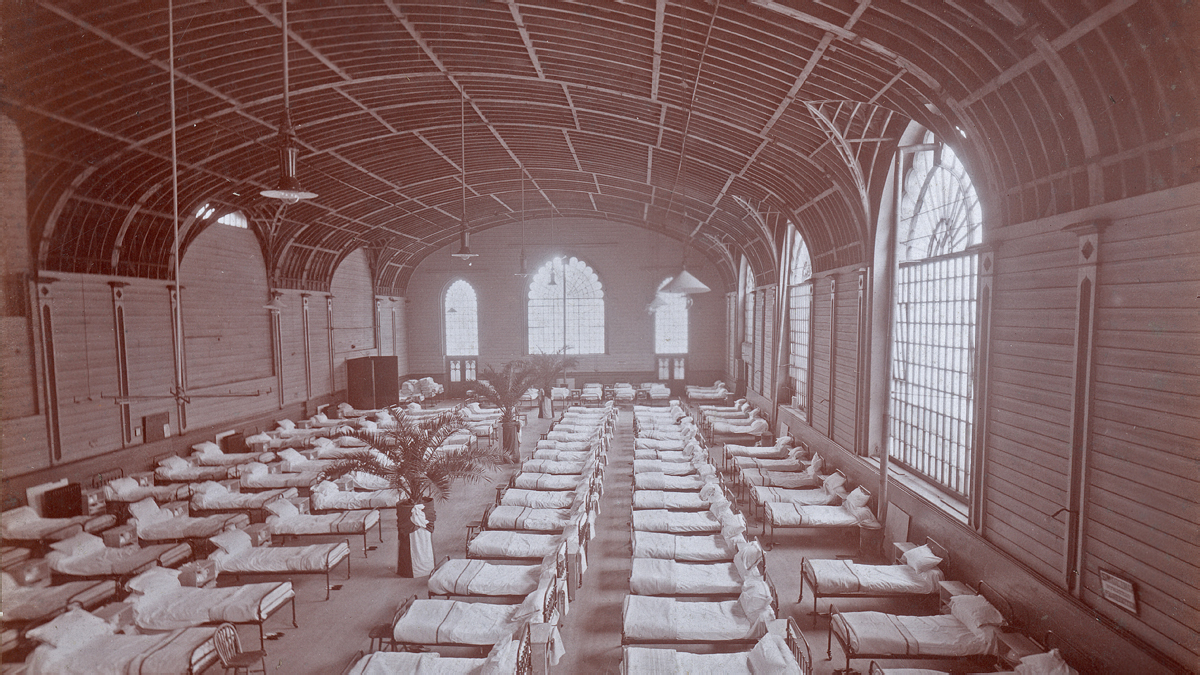 Legend speaks of a leg-less man who haunts the Corn Exchange, likely to have been a soldier from WW1. During this time, the Royal Pavilion Estate was famously used as a military hospital for Indian soldiers from 1914 – 1916, but it was also used until 1920 as a hospital for injured soldiers who had lost limbs during the war. Another soldier has also reportedly been spotted in full uniform, roaming the secret tunnel between Brighton Dome and The Royal Pavilion. 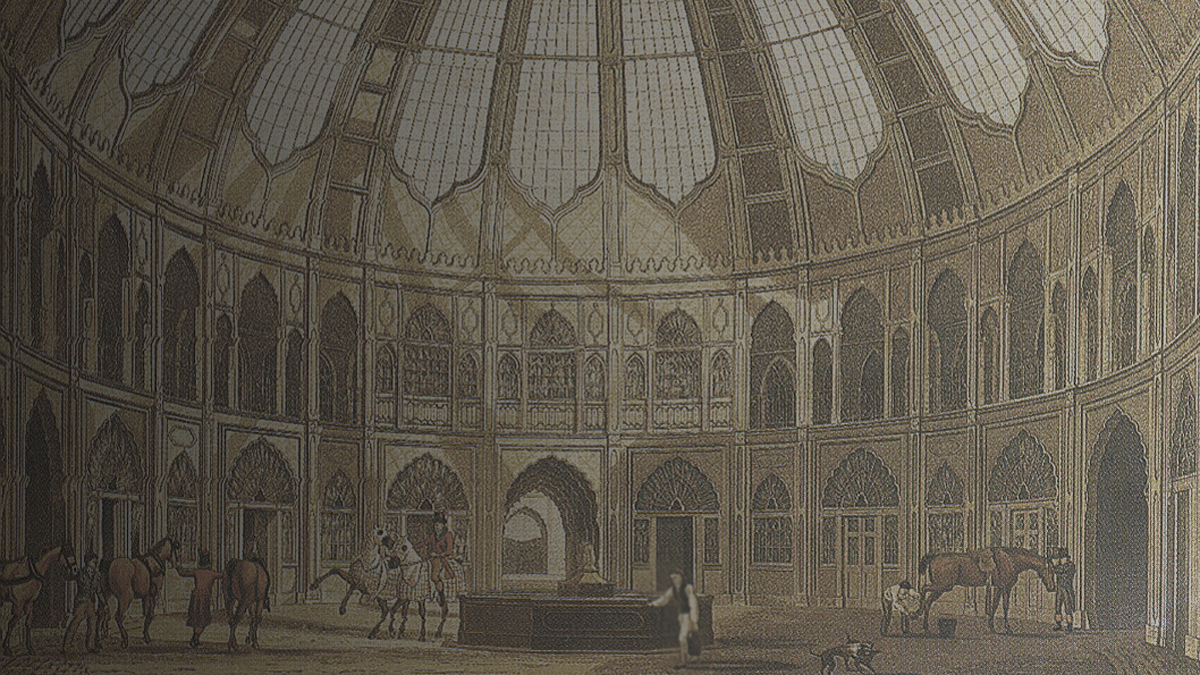 In Brighton Dome Concert Hall, there have been sightings of an eerie, shadowy figure, thought to be a stable boy, that haunts the circle and flits down towards the stage and sending a chill down those he brushes past.

As well as some mysterious sightings, ghostly sounds and footsteps have been heard throughout the maze of the Royal Pavilion Estate, including the museum, Brighton Dome, backstage passageways and the secret tunnel. Several members of staff have reported the sounds of regular footsteps in the passageways of Brighton Dome, with the sound being so realistic that they have been convinced of being joined by a colleague. One worker even shouted out “What do you want?” only to find that the tunnels were empty, but the footsteps still carried on. 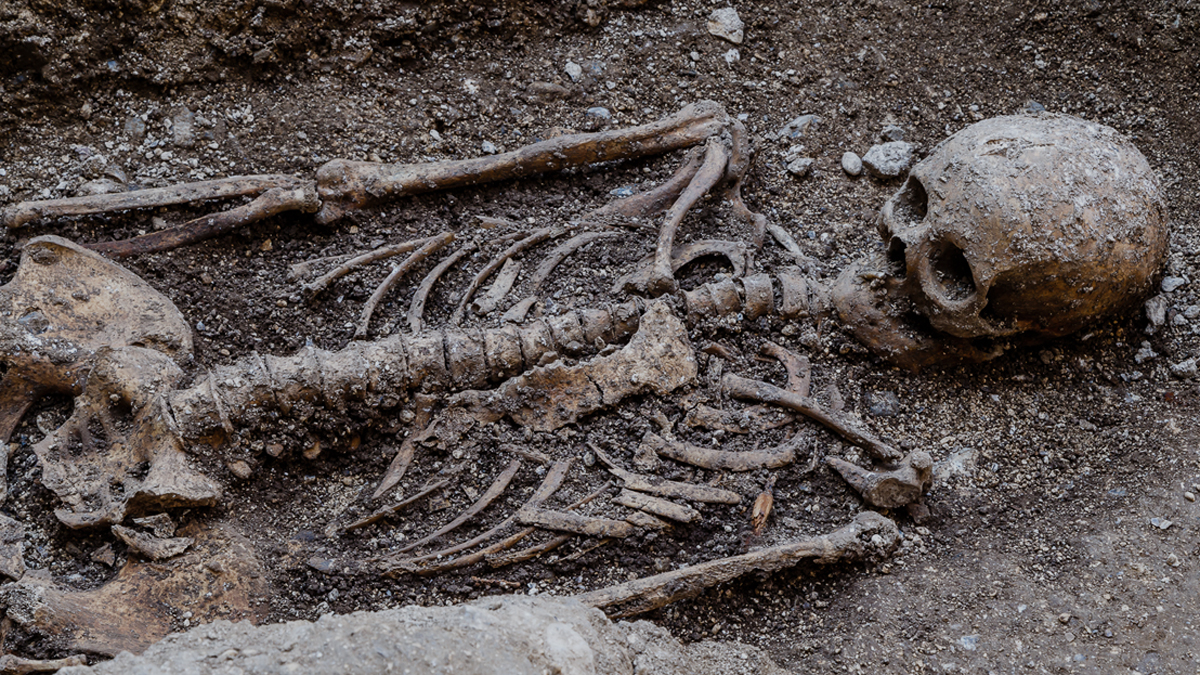 A total of 18 skeletons were discovered during redevelopment works to the Corn Exchange in 2017. The land that Brighton Dome stands on belonged to the local Quakers, until 1803 when the Prince Regent bought it and began building the stables and riding house. Assessments and excavations showed that these were part of a Quaker cemetery as the burials were all uniform and modest and had no adornments or personal items which was typical of the Quaker faith. Read more about these fascinating findings.